Please only use this template for your character. That way your character will look like everybody else and be more organized. Please keep in mind that only One role-play is an advanced one and that is Foxridge stables. That doesn't mean I want the Country Hill Stables characters less detailed. Characters need to wait for approval by a mod just to make sure if you have your grammar and spelling correct. Thanks!


This Template is brought to you by Ashley and inspired by ￫ܫ￩αωкωαr∂ ρστατσ {gryƒƒiท∂σr нσυsє}.© All Rights Reserved (view spoiler)[All parts of this character are of my own thought processes and may not be used. However, use of all GIFs and dividers is permitted. If you wish to use my template, please message me your request, but note that this message must remain at the top. This template was inspired by Ariel and Leena. (hide spoiler)]

This Template is brought to you by Ashley and inspired by ￫ܫ￩αωкωαr∂ ρστατσ {gryƒƒiท∂σr нσυsє}.© All Rights Reserved (view spoiler)[All parts of this character are of my own thought processes and may not be used. However, use of all GIFs and dividers is permitted. If you wish to use my template, please message me your request, but note that this message must remain at the top. This template was inspired by Ariel and Leena. (hide spoiler)]

❝For one to fly, one needs only to take the reins.❞

❝I love the feeling of galloping into open space ❞ 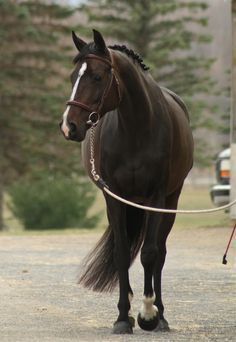 Trips is a sweet horse who loves being loved on. A lot of people can't believe at first that he was used as a breeding stallion since he was two until he was gelded, as he's so laid back, and not all of his relaxed personality comes from his training, a lot of it is natural, as he has an excellent temperament and mindset that he nearly always passed on to his get.

Trips loves people and can get very nosy when he feels he isn't receiving the attention he deserves. He's playful and still acts like a youngster in that when he's bored, he plays games such as stealing brushes, hats, riding crops, etc… whatever he can get his mouth on. If you're ever missing something, it can probably be found in his stall, as that's where he 'hoards' the things he steals.

Trips is also a little pesky in that he's very smart and often gets into things he shouldn't, such as knocking a wheel-barrel over when his stall is being cleaned, untying ropes, and finding ways to annoy humans in general. He is a real character and loves to sunbathe, which often can frighten barn hands and other people who don't know his habits, as when sunbathing, he will lie completely still and ignore everyone, not even twitching when his name is called. Trips is definitely an odd-but-lovable horse who somehow manages to worm his way into just about everyone's hearts.

Trips has champion blood lines, though his breed isn't widely known, you would probably know the champion jumpers and sport horses in his ancestry if they were named off to you. He was born onto a farm where they bred sport horses, and when a certain mare who was a excellent sport horse with lovely breeding lines, healthy as can be, was retired to the paddock as a brood mare, they knew they had to get a foal out of her.

CHS had searched and searched, and finally came across the perfect stallion, big and recently retired from his reining career of a champion show jumper and eventing uses. They had decided to put him up for stud, and after paying a reasonably large price, they bred the two. When Trips was born, he certainly sported his excellent blood lines and was a big foal. He was very rambunctious from the the beginning, and when he started to grow, they couldn't believe their eyes. Like almost all Bavarian Warmbloods, he grew fast, but some how avoided the usual health condition of Osteochondrosis and before they knew it, was jumping his paddock gates.

The stallion, who was then 2 years of age, would trot down the mares barn, teasing them all like the playful, flirtatious animal he was. Then one of the grooms would run out and snatch him and he would fight them the whole way back, enjoying his fun. Once though, they got an accidental foal out of him. The Mare he had was a gorgeous filly who showed her sires eagerness and well breeding in every way.

They nearly decided to put him up for stud but focused him on jumping on showing, not wanting to put him to waste. They had sent him off to a trainers for at least two weeks, and when they went to pick him up, he had been cut across his tongue to make him more responsive to the reins, and whipped horribly. Trips never had lost his spirit in that horrid place though, as soon as he saw them in his paddock, he banged against the gate, challenging it to keep him from them. They discovered his cuts when they had taken him home, and they fought with the trainer and gained their money back.

Then, they hired a personal trainer just for Trips and had kept an eye on the lady, watching her make the young stallion excel. They castrated the stallion after a show or two, and then after he recovered, sent the near 4 year old into shows. He excelled greatly, wining many first place ribbons and bringing in a lot of winnings to CHS.

When Trips turned 8 years old he was gelded, that's when Cole showed up at the barn. When Cole first worked there Trips showed a liking to Cole and Close loved him as well. Trips was the first horse the Cole has ever rode and when they rode together the manager of CHS saw a bond like no other. So, she decided to give Trips to Cole.

Kin: Unknown
Mate: None
Crush: None
Other: Trips always needs to have his stable blanket on when in the barn.