Well, here we are.

Guy A is an angel, a beauty as all other angels are. He is a soldier, having grown up that way, and he is suppose to know nothing else but that. Nothing else put killing those who have done evil, but also never rewarding those who have done good. Just kill the wicked and the manifested. He was not born to love or care, he was born to kill. Guy B is a human, a simple human. He tells the truth always, though many-a-times people do not believe him because he does fairly outrageous things. He was raised by a elderly lady who is not actually his grandmother, nor has any type of blood relation to him. She just found him outside her door one day in the snow and decided to take him in. The only thing he came with was a necklace of a rose inside a small container.

While on his normal day of walking through the woods, snapping pictures of wolves and deer every chance that he gets, Guy B stumbles across Guy A, who is injured and bleeding out near a tree. As everyone, he is automatically drawn to his beauty, though does not show it. He helped him, of course, not knowing that he was of such high power. The angel thanked the boy, no real emotion as always and would have left if it wasn't for Guy B's touch. His touch did strange things to Guy A, and he stayed longer then intended, stalling with random questions. Of course, he eventually had to leave, but he came back often, watching Guy B from building tops and, sometimes, even walking behind him to school and home. Guy B did not know of this for the longest time, until his life was put in danger.

On his way home, a chimera, one that was a mix of human, lion and snake, attacked him, nearly strangling him to death before Guy A saved him. This was when their feels began for each other, both enjoying each other company and presence and never wanting to be apart. They both knew they felt the same, though made no actual voice or real motion of it until the 5th time that they met. They became lovers, and this carried on for 3 months, even though it was forbidden for an Angel to have a relationship with a human. And soon enough, they were discovered. The high powers wanted Guy B to be killed, for he knew too much, but Guy A would no allow it, taking Guy b and fleeing. They decided to live life on the run, Guy A teaching Guy B of his ways and Guy b sharing his own human ones. Living on the run, always hiding and fearing for your life is not the best way to live. But to be with the one you love, would you go through it all?

Yep. You don't mind being the human right?

Characters? Do you want to make yours first or me?

Oh...okay. I'll start making her then.

I haven't gotten to her yet, sadly. I'll try and make her tonight, tomorrow if not.

Date of Birth: Was told it was December 14

Sexuality: Does not feel anything, therefore she does not label herself 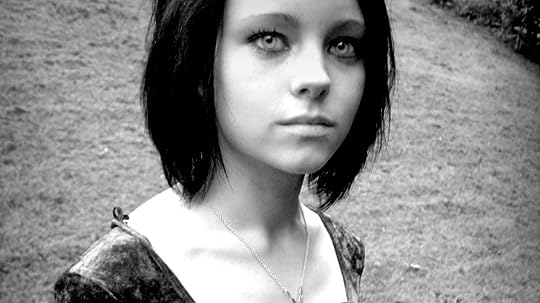 History
Unity knows nearly nothing of her past. Just that she was taken at age 7 to become a warrior for the Lord. Her mother was apparently a good women ho tried hard to keep her, but she knows nothing besides that and does not know if she has any siblings.

Personality
As a warrior, Unity is expected not to feel anything at all, just fight. The only feeling she is suppose to have is faith and anger. She does not. She feels other things like sadness, depression and loneliness. She does not let anyone know this, however, but some people do seem to be suspicious of her after this many years of knowing her.