[ Social Status ] Tammi's a Royal Adviser, which is a pretty cushy job. She might not do as much as a bodyguard, but don't think she can't handle getting a little bit rough.

[ Power ] Pyrokinesis. Tammi's always liked playing with fire. Some people are able to heat up a room, or shoot fireballs. Her specialty is creating large flames. Sure, a bonfire isn't always practical, but being able to sustain one without any kindling? Or when it's raining? Not to mention all the roasted starbursts; Yeah, that's pretty neat. Plus, she's never gotten a third-degree burn although there have been multiple times she should have. So, yeah, Tammi's happy with her power.

[ Appearance ]
Tammi's face is oval shaped, with some freckles that she usually covers up. Her skin is a rich creamy color, that contrasts with her dark hair.
Tammi has eyes like a fox--she pays attention to small details even when she just glances at something. One of the most prominent things about Tammi is her arms. Why? Because they're disproportionately long. She's five foot three, but has a longer torso and shorter legs. Tammi sort of has three expressions. Either her face is neutral, she's smiling, or you've managed to upset her. One of the easiest ways to tell what mood she's in is by her hair. Worn down Tammi's feeling great and confident. If it's pulled back into a ponytail she's not ready to deal with your drama. 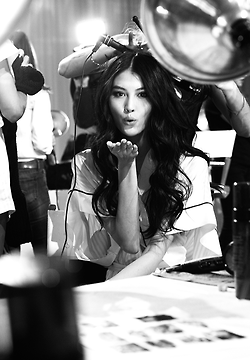 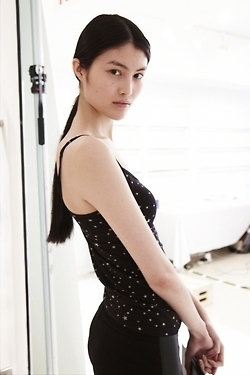 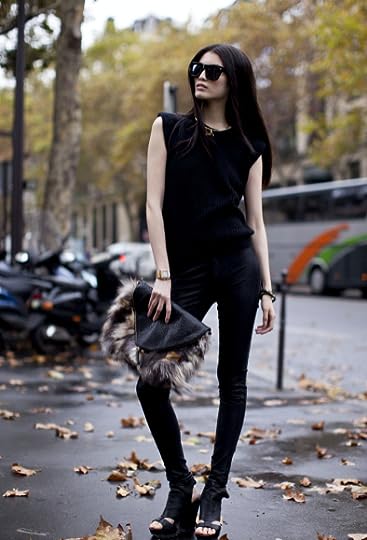 [ Dressing Style ] Tammi loves black clothes with an accent piece. Weather it's a bag, a watch, or those silver studs that are popular to have on shoes, that's what she likes. She wears make-up, but not black eyeliner or red lips. That's just not who she is. Her style's toned down instead of being in your face.

[ Personality ] Tammi is one of those people who always arrive late. On purpose. Which makes some people wonder why she gets to be an adviser, but whatever. Let them talk is Tammi's opinion. She certainly does her own gossiping. Not about things that are actual secrets (Though she might let some things slip now and again). She just likes being the center of attention. Which is pretty easy, honestly. People talk, and she's a bit promiscuous among other things. Or, she was at least.

That's not too say that Tammi goes around burning other girl's dresses all the time. It was one time, and she apologized after. Tammi just sort of... is the epicenter of dramatic. All Elementals tend to be blunt, is she really that different? Rivereth is located in a lovely place called Miami, Florida. All the old stories say that this place used to be a place people went on vacation, and if there's one thing Tammi believes? It's old legends. She might be Sarcastic and emotional, but this is one thing you shouldn't disagree with her about.

Speaking of disagreements? Well that's sort of her job. As an adviser. To figure out what might happen based on other actions. She does her best, and while she doesn't always have clear insight, with the help of the other advisers, they actually do pretty well...Except maybe with killing the Mental intruder, but that's in the past, right?

[ Strengths ] Tammi isn't afraid to voice her opinion, even when she knows she'll be part of the minority.

[ Weaknesses ] She's quite a bit judgmental of any air-user. It gets to the point where she'd do almost anything to avoid one of them.

[ History ] Sae Ryun Ahn. You might as well start with him, to understand her. They're quite a bit different, but also unusually close because of it. She met him in school, because even while Tammi was the daughter of an at-the-time advisor, she had to go to school with everyone else.

She was jealous of how much freedom he had, how much he was able to do without being watched or judged. Weather he did the right thing or not, he didn't seem to get caught because no one looked twice in his direction. That's changed a bit over the years, but also not at all. Once Tammi started hanging out with him, he became much more of a smartass. Teachers were always blaming the two of them for things, but it was her that got in trouble. He just sort of glided through things as a commoner.

It gave her a new perspective, to hear him talk. Even about things that she'd had an opinion on, he seemed to always argue with her. When she had no opinion? He never failed to inform her of his thoughts. That's part of what makes Tammi a good advisor now; she gets what the common people are thinking. Or, tries to at least.

When Tammi's dad died, she was devastated. Not because she was close to him, but because she had to figure out how to replace him. It made her time with Sae even more special. He treated her the same as always, and despite the way Tammi acts? Being normal is not overrated.

Which leads to another important person in her life. One and a half really? Valentine Grey. He's younger than her, but she ended up watching one of his performances and they started talking after, which lead to more. With him? She acted a bit different. Less uppity, more down to earth. They didn't talk about powers, instead talking about everything else. Favorite music, colors, animals. He got her to try dancing, and she got him to try other things. It was fun, but he was always talking about this other girl. Juliette. At first she tried really hard not to mind, but after a while? It got too hard. So she broke up with him.

It wasn't hard, cutting him off from her life. She just hung out with Sae more, and kept busy doing paperwork that no one else wanted to do. She felt lonely after the first week, so when Sae asked her out? Tammi agreed rather quickly. She didn't exactly think it through, but the first trimester's the easiest to hide, so she's hoping to come up with some sort of plan about what to say..

[ Family ]Her dad died, but her mom's still around. No siblings.