Thanks. Shall we continue or re post our characters and what not?

Ok and Including the plot?

Alrighty then I'll re post it and then my charrie

So my charrie is an Angel/Princess, and urs is a demon/king. He imprisons Her bestfriend and little stepsister. No one else wants to go save them so she sneaks out one night to rescue them from his Dungeon, but after she free's them and they get away, she is caught and he holds her for ransom, all the while trying to get Kingdom Secrets out of her. Eventually they fall in love...... And stuff happens. blah blah blah

Name: Jane Nadia Oswald
(view spoiler)[ {Jane:} Meaning 'A gift from god'. People with this name tend to be creative and excellent at expressing themselves. They are drawn to the arts, and often enjoy life immensely. They are often the center of attention, and enjoy careers that put them in the limelight. They tend to become involved in many different activities, and are never reckless with both their energies and with money.
{Nadia:} Meaning 'Hope". People with this name tend to be quiet, cooperative, considerate, sympathetic to others, adaptable, balanced and sometimes shy. They are trustworthy, respecting the confidences of others, and make excellent diplomats, mediators and partners. They are often very intuitive. They like detail and order, and often find change worrisome. They may sometimes feel insecure or restless.
(hide spoiler)]
{Nickname:} Jay
Age: 21
Date of Birth: Friday, 13th of October
Appearance: 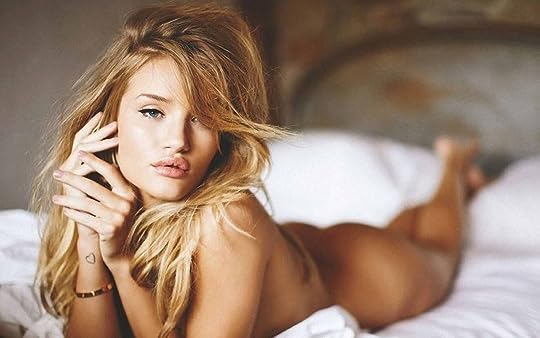 {Body Type:} Short and skinny: she is also very curvy

Personality: Jane is sweet and sour- having two sides to her personality. One should never see her as an innocent girl, although she may look innocent, she could probably be the opposite of that word. Jane is fiercely independent and chooses not to subjugate herself to either side, (though she does lean towards the ‘good’ side); and frequently disregards the rules of the world in order to do things her own way. Despite being independent, she is very loyal to her family and her soon-to-be-kingdom-of-subjects: willing enough to give her life for then. Though she would prefer to survive and not have to die. Finding that one terrible weakness or fear within a person seems to be a specialty of hers, and she doesn’t hesitate to use it. Jane was taught to never show her real emotions or opinions to important people, so she may come off as calm and simple minded when you first meet her. She’s like a rip tide: calm on the surface, and deadly underneath.

History: Jane Oswald was born to the Queen and King on a cold October night. She loved to attend Sunday School, taught by a "nice lady teacher" in a small room along the east wing of the castle. As a child, she was always losing things: her "best pencil", her school bag, her gran and her mojo, which she got back. Whenever she would lose something, she'd go to a quiet place, close her eyes, then would find where she'd put it.
Jane's mother, Ellie Oswald, told her that she "shouldn't talk to strange men", but she spoke to people regardless: she had always been foolish. Her worst fear as a child was getting lost. While on a holiday visit to their Summer home in Cape Cod, her nightmares came true, but her mother eventually found her. Ellie comforted her by saying that she would always find her, wherever she was. 13 year old Jane was left devastated when her mother died. Her father, quickly got over the loss of his wife, the queen, and replaced her with another woman. A year or two after meeting the woman, Caroline, they soon married. Jane hated Caroline’s guts, never wanting to speak to her or her father again.
All throughout her life, Jane had been training for when she would become queen. Jane dreaded that day: the day she would have to marry a stranger in order to keep her kingdom wealthy. Since her father remarried, she was allowed to wait a couple years longer before having to get married.

There we go. All done with her, whenever u have time just post your character.

Yeah okay, I will. 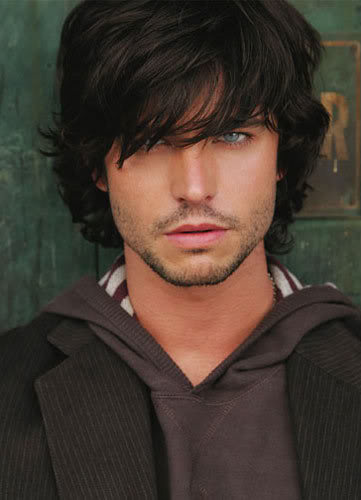 History
Andrew grew up with a 'loving' mother and a strict father. His father was the meanest, cruelest person he think has ever lived. He punished without mercy and gave no sympathy to anyone. His mother would sit by and watch, claiming that she cared and tried to talk her husband out of what he does. He never listened though, and she could do nothing about it. When Andrew turned 5, he was begun his learning on how to rule. He was never very interested in it, but his father was horrible and beat him whenever he caught Andrew not doing his work. His mother would stand by and watch it, coming to him afterwards and telling him that he should do what his father told him to. Andrew never forgave her for that, for letting him get a beating and telling him he was wrong.l

Both his parents were killed by someone that was suppose to be put to death. Andrew was 19 at the time and found them, his father dead and his mother nearly dead. She begged him to help her but instead of doing that, he finished the job off by putting the blade deeper into her chest. She died nearly right after and the next day, he began his rule there. Ideally, he would have liked to be different from his father, but he rubbed off on him too much and he ruled almost the same as him: strict, mean and cruel. But he did have a soft side.

Personality
Andrew, to others, is a mean spirited person, never caring what others think and never listening to them trying to beg. He does not show any kind of emotion towards those who need to be punished, he does it with a straight face. Despite this, he likes kids. He loves to watch them run around and play outside, the only time that he really smiles. He'd never harm a child, and many know this, so they don't hate him so completely. It actually appears that many feel sorry for him, though Andrew doesn't know that.

Alright. Shall we start the rp over, or just re post what we had already started?........

Jane glanced around her room in dismay before hardening her face into an impassive shield. As much as she wanted to just pretend as if nothing bad had happened, she knew it was her job to save her them. Her little sister and best friend. If they weren't safe... Jane didn't think she would be able to live with herself. Pulling a black cloak on, she pulled the hood up to cover her face and slid out of her room.

Andrew sat in the large library in his home, reading one of the books that his father had left behind. He'd read pretty much every book in the library and was dying to read something different. This particular one, however, was one he hadn't noticed before, so it was his first time reading it.

((Thank you :P))
Jane started rushing towards the Demon's castle, her nerves dissolving once she reached it. The previous fear was now replaced with an incredible hatred towards the King, and an incredible longing to feel the satisfaction rescuing her friend and sister would bring. Stepping delicately across the mud and jagged rocks, she sneaked into the back entrance her father had once found on a previous raid on the Demon King's Castle. Her hair was tired up, though the soft ringlets of brown hair were coming un done with each step.

Obviously we haven't done this rp in a while, but would you like to continue it... or nahhh?