I'm really bad at playing kids and I like romance more... so it would be nice if we could involve that? If you don't mind :/

Yeah sure! And are they best friends?

Maybe that makes it fun :) 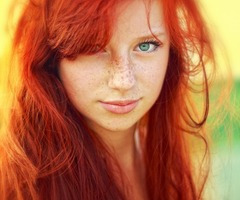 PHYSICAL DESCRIPTION: Val has natural bright red hair that she usually keeps down, or in a braid. Her hair is slightly wavy and falls to her mid back. She is 5’ 10 and has small feet. She has tan skin for a ginger, though still paler than a beach bunny. She has freckles on her nose and cheeks, and few on her arms. Her eyes are a light green and have light gold flecks sprinkled in. She keeps her nails long, but not too long. Just long enough that French tips look natural.

PERSONALITY: Val loves to be active and have fun. You won’t catch her inside on the computer much, you’ll find her outside- either climbing trees, swimming or playing some sport. She loves to go out with her friends to the movies, shopping, or to the gym. She likes to laugh, and be silly. She can bring a smile to almost anyone’s face, and she never likes to leave anyone out. Sure she has her group of friends, but its open for everyone. Val is not shy, but outgoing and energetic. She also loves to sing, she sings everywhere. It’s her inspiration and musicis what she turns to when she is sad or upset. She loves to show her singing skills and go to classes to learn new techniques to improve herself. Valentine also plays the piano and guitar, which she has also been taking classes for since she moved to America.

RELATIONSHIPS: none at the moment.

Likes:
-Being active
-Falling in Love
-Hanging out with _______
-swimming and other water activities
-singing
-playing the piano and guitar 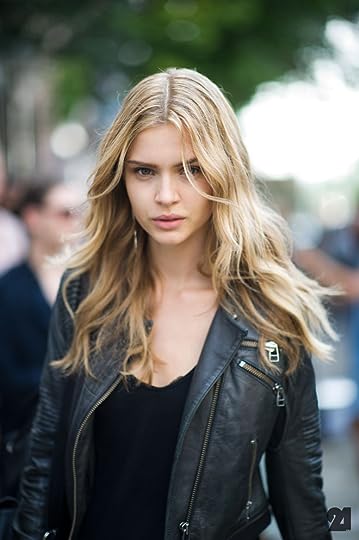 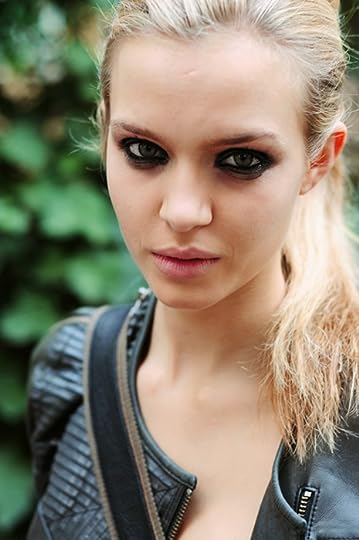 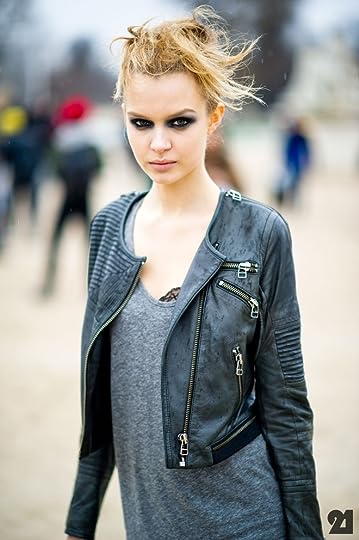 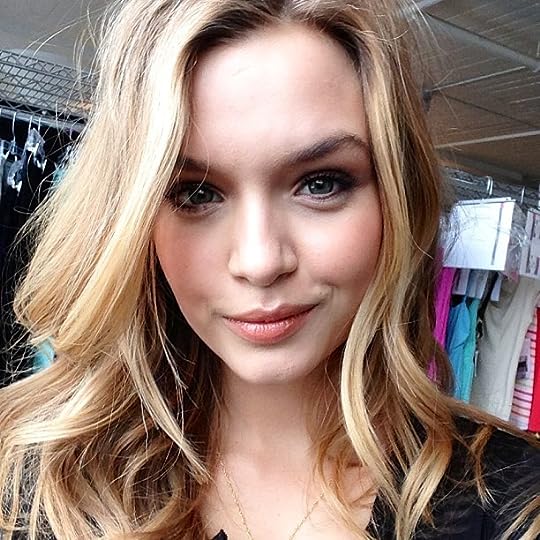 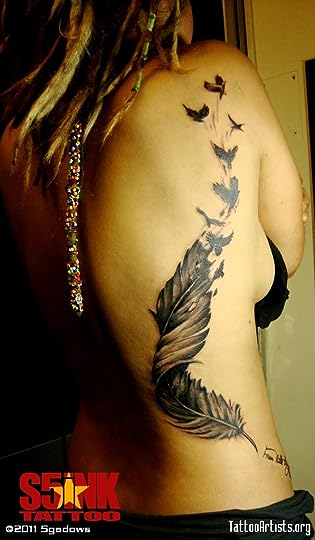 {Personality}
Savera is fierce. It isn't only her courage that drives her. She is determined. She is determined to achieve her goals and she isn't a quiter. She wants to reach her dreams, her goals. She doesn't like people who give up to easily or people who don't face challanges because they're too scared. It's just stupid to her. She likes to take risks and she encourages others to do that too. She isn't exactly a good influence to children. She's kinda more like a bad-ass. Someone who easily gets in trouble. Though some people can say that that isn't a good thing, Savera doesn't care about other people's opinions. They can't deny that she has a good heart and she will do anything for her loved ones. She's the one who would offer first if there was a life at stake. She would switch places. It's the way her mind works. 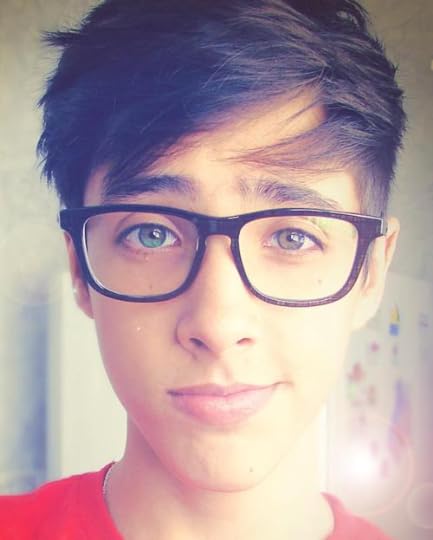 Since we have the irks do you want to to them? Or wait till tomorrow?

Haha it's ok! Would you want to rp with the goals or just wait?

Haha it's ok! Would you want to rp with the goals or just wait?

Jooooooy? Lol. What times are you on? 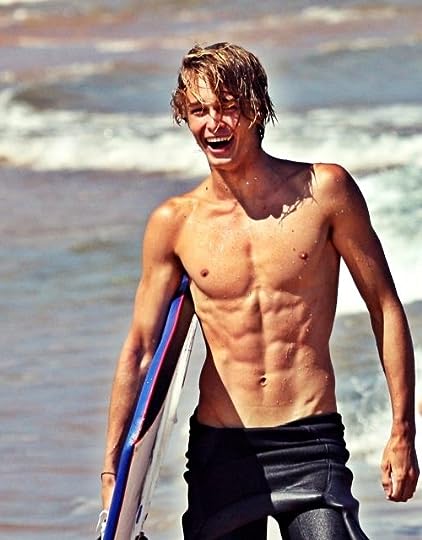 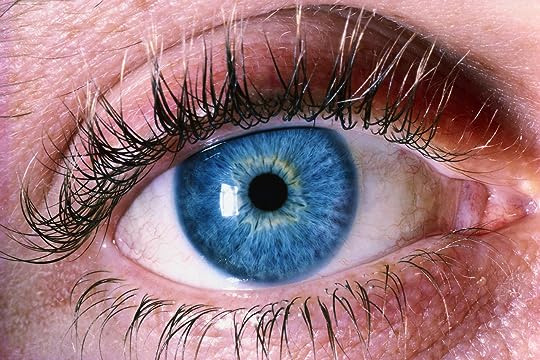 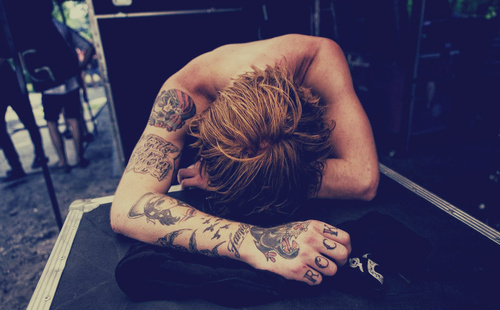 He has all the tattoos on his right arm and hand.


So, want to start with the girls?

((Sorry to interrupt guys but Jess can you please stop marking yours as important? It's a bit annoying to see it at the top every time I click on the folder. If I had marked all mine as important it would have probably taken up the whole page.. Sorry. Just my view on it.))

So, back to killjoy hahahaha. :D

I'm really sorry but I rely on notifications and somehow I don't get any for this one? :/ So, where do you wanna start?

Ummm.... Not sure haha. Where do you want to start?


Val shuffled along the street, setting out to meet Savera. The cool air whispers through her bright red hair, tossing it about. Tonight was the night. The night their lives would change- and Val was setting out to finish some of the details.

Savera saw Val in the distance and smiled, waving to get her attention. "Val?" She exclaimed softly as she neared her. She needed to know what their plans would be, exactly. That was why she was meeting her.

reply | flag *
message 46: by [deleted user] (new)
Feb 09, 2014 11:01AM
Val jogged quickly over to Savera. "Alrighty, let's go inside the coffee shop." Valentine said opening the door. She waved to the manager, who nodde his head. She turned and maneuvered through the small crowd I the upstairs balcony.

Savera nodded her head and followed Val into the coffee shop. As they walked inside, she smiled at the owner before following Val to the upstairs balcony. When they arrived there, she turned to Val. "So, what's the plan?"

reply | flag *
message 48: by [deleted user] (new)
Feb 09, 2014 12:00PM
"I already convinced my parents to go out to dinner tonight, have you?" Valentine asked as she sat down in a wicker chair. She felt the cool breeze blow through her hair as they plotted their escape.

"I did. But luckily, I even convinced them to go away for a whole weekend and take a vacation," she chuckled, looking at Val. She sat down opposite to her. "So that's even better."