You can be any of the living Hunters. You may be anyone from the show, but the main mod is rping as Dean Winchester. YOU CAN USE THE ORIGINAL FORMAT OR A DIFFERENT ONE, BUT YOU MUST HAVE ALL THE IMPORTANT INFORMATION AND YOU MAY EDIT ORIGINAL CHARACTERS, BUT MUST KEEP THE APPEARANCE THAT THEY HAVE AND THEIR OCCUPATION. YOU MAY CHANGE THEIR AGE IF YOU SO WISH 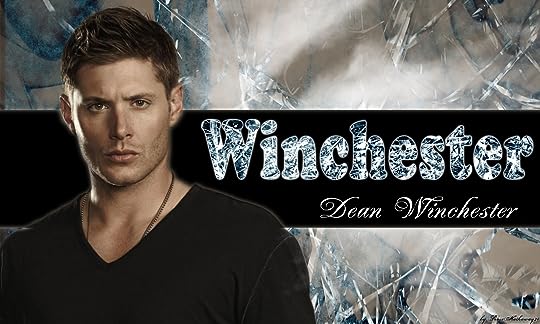 Personality: Dean loves to cuss, well when it is necessary. He is bad-ass in battle. He wanted Azazel, aka the yellow eyed demon/The Demon, dead. He spends his time protecting his younger brother, Sam. Dean will do anything to keep his younger brother safe.

Theme Song: We Weren't Born to Follow By Bon Jovi

Other: loves Football and Skateboarding. 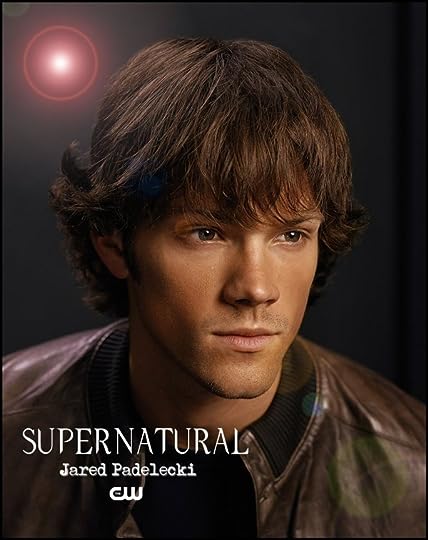 Personality: Sam is smart and usually very level-headed. He's one to think through problems and be rational about (most) decisions that he makes. When Sam is passionate about something he can sometimes seem a bit obsessive, a flaw that has almost cost him his life on more than one occasion.

Other: Hunting is not what he wanted to do, but has now become something he can't turn away from. 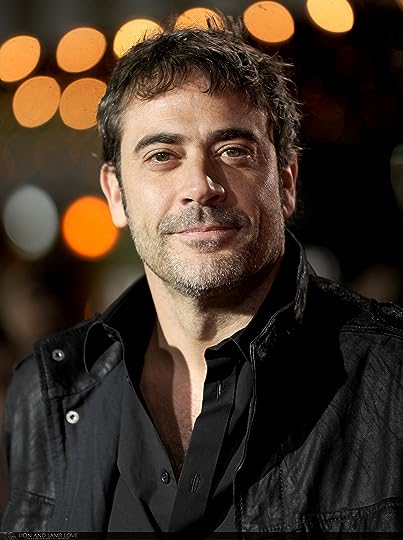 Personality: John is like Dean in personality, but more strict. John is smart and kind. He is loving and protective. He is passionate about hunting. He misses Mary a lot, but nothing is more important to John than keeping himself and sons alive. John was like Dean and Sam's drill-sergeant at one point and stopped being their father. John thought he and Sam were nothing alike, but John was wrong. That was before Jess died, now John and Sam are the same. John thinks of Sam as his favorite, but Dean is also John's favorite. It never occurred to John what Sam wanted to do.

Siblings- If any then unknown

Friends: Too many to list, but one is Missouri Mosley. There are more though.

Theme Song: Killing In The Name by Rage Against The Machine

Other: Made Dean grow up too fast. 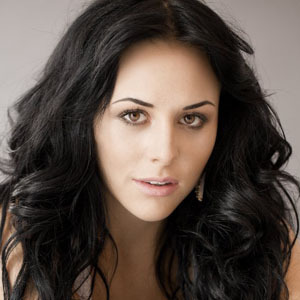 Personality: Petra is kind and caring. She is smart and outgoing. She is headstrong when she wants to be. She loves fighting. She spends most of her time thinking about boys. She spends her time making friends.

Theme Song: Still Into You by Paramore

Other: Grew up and became friends with Sam and Dean, but still has a thing for Sam, even though they broke up for a while, but Petra wants to be with Sam again. 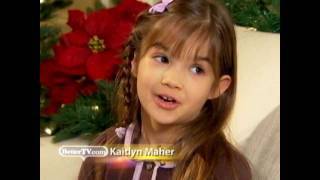 Personality: Lilly is shy around others, but she is more talkative around Dean, Sam, Cas, Faith, and anyone like that. Lilly spends most of her time thinking about what she will do now that her family is all dead. She doesn't like to think about her mother being dead.

Friends: Dean, Sam, Castiel, and other hunters that are not Faith

Other: Heterosexual. Lilly has the power of premonitions, like Sam does. Lilly also has the powers of sensing the supernatural, meaning that she can sense impressions from supernatural beings or the presence of supernatural beings. She also has the power of telekinesis. She cannot control her premonitions. They started as dreams and nightmares, that is it is estimated some time before Cora's death. Lilly's premonitions keep getting stronger and she has them during the day too. Her telekinesis she can't turn on and off, it only happens when she sees someone in her family die in a premonition. Sometimes her premonitions come true. She wants to live a normal life, but isn't sure how. Later Trains with Dean to actually be a successful hunter and trains with Sam to keep abilities/powers under a good amount of control, so she doesn't use them to kill someone. Lilly is broken up about her aunt's, grandfather's, and grandmother's deaths. Her mother died on Lilly's sixth birthday. 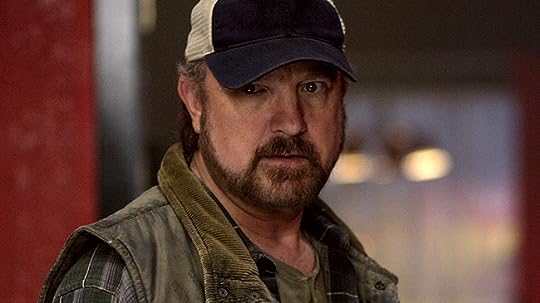 Personality: He is very intelligent about the supernatural world and has a lot of worldly knowledge too. (seeing as how he can speak several languages fluently) He is intuitive, cunning, and has strong willpower. He is like a father figure to Dean and Sam and is deeply loyal to the both of them and cares for them.

Family: Karen Singer (late wife) (deceased) (view spoiler)[She died years ago when she was possessed by a demon and was killed by her husband (hide spoiler)]
Ellen Singer (wife)
Jo Harvelle (adopted daughter)
I was thinking about adding these family members since no one else has done them. And I really liked them like this. It was so sweet. 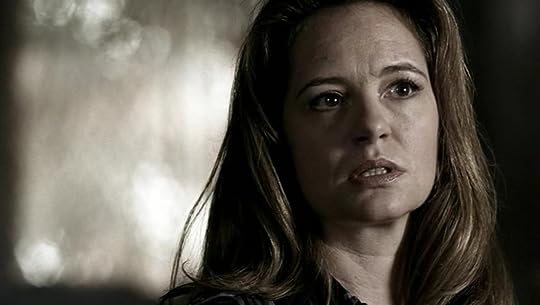 Personality: Ellen is a very strong woman who deeply cares about the people she loves. She's very protective of her daughter Jo, her husband Bobby, and the Winchester brothers. As Bobby is like a father figure to the Dean and Sam, Ellen is like a mother figure to the Winchester brothers. Ellen is headstrong and doesn't tolerate any crap from anyone. She's resourceful, a little blunt, and is a skilled fighter. 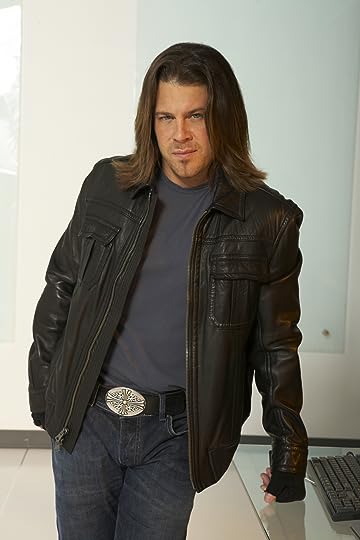 Personality: Eliot is angry all the time. His temper is hot and extremely dangerous. Fortunately, he is also a master of control. Although he can be prodded to frustration and annoyance fairly easily, it takes a concerted effort to drive him to all out anger. Once that happens, all hell breaks loose. Early on, Eliot learned to channel his massive temper into controlled, directed bursts of violence used for a purpose. In spite of his early years as an assassin, he now prefers to leave his opponents alive whenever possible. That doesn't mean he won't hesitate to kill if he feels he has to in order to survive or to protect someone he cares for. The list of people he cares about is short. He is also known to have a nephew that he keeps track of, although it is unknown if the boy is the child of a sister or brother. Eliot does not see him often. His word is his bond. It takes quite a lot to impress Eliot and even more to earn his trust. Once his trust is earned, he would follow you right into the gates of Hell if necessary. He is an animal lover and extremely protective of children. He is an enthusiastic, master level chef and a connoisseur of French champagne. He does not like guns, although he is an expert in their use. He is also highly intelligent, although he plays his intelligence down in most situations. Being underestimated, more often than not, plays to his advantage.

About Eliot: He's a Living Legend in Hunter's Circles, He's killed Many more Demons than Most other Hunters, and Because of his training he can take on Multiple opponents at Once. Demons Flinch at his name, and try to flee when faced with him, He's been out of the Hunter's game for a While, Helping out some new Friends, But He's back now. 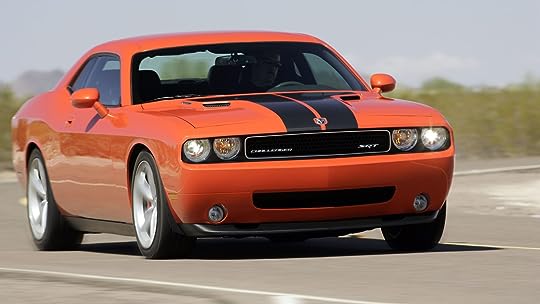 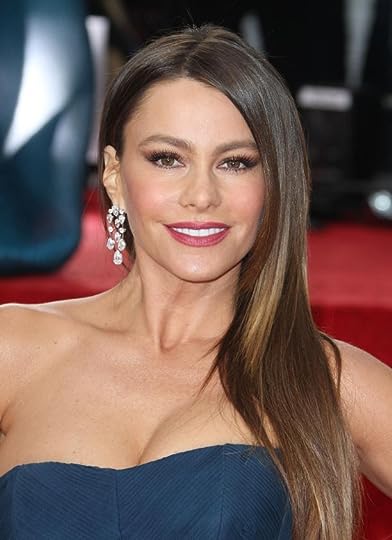 *Personality: Winter is a lot like Dean in personality, a bad-ass but when it comes to her siblings Winter is protective. Winter loves the job of being a hunter. She spends a lot of her time with Dean.
+Likes: Hunting, Hunters, the job, killing demons
+Dislikes: jerks, bullies, people trying to hurt her family, demons
*Family:
Mary - Mother, DECEASED
John - Father
Sam - Younger Brother
Dean - Twin Brother
Rosella - Younger Sister
Carlos - Younger Brother
Amy White-Winchester - Adoptive Sister, 14 about to be 15
+Friends: Cas, Faith W, Petra, other hunters that come her way
+Theme Song: It's My Life By Bon Jovi
+Other: She always wanted a dog. 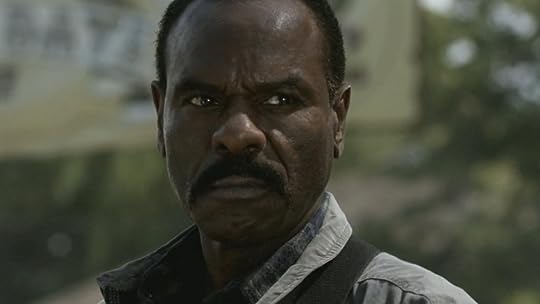 Personality: Rufus is a stern man towards strangers and federal authority. He is reckless and is close friends with Bobby Singer even if he is bitter about the death of a close friend on a hunt. He's usually friendly but is very suspicious and cautious when on a hunt.

History: Rufus helped Bobby Singer when his wife, Karen Singer, was possessed by a demon. Rufus exorcised the demon and helped cover up Karen's death. It was Rufus who introduces Bobby to the world of the supernatural, and they hunted together for many years until a hunt goes wrong in Omaha, and a woman important to Rufus dies. They become estranged after the incident. 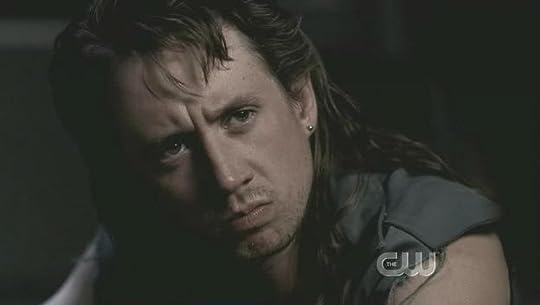 Personality: Despite outward appearances, Ash is brilliant. Having attended MIT, Ash appeared to have built his own computer and wrote computer programs complex enough to access weather satellites looking for demons. Ash was also able to prepare information on how to track Azazel within 51 hours after first meeting the brothers and skimming a year's worth of their father's notes.

Ash speaks very matter of factly when discussing hunt-related information and is held in high esteem among other hunters. He is very laid back and has somewhat of a thick-skin as seen in Everybody Loves a Clown when Dean compares his appearance to that of a Lynyrd Skynyrd roadie.

Ash is a genius who is laidback but also very supportive of his friends. Although he has no hunting skills, he will do everything in his power to help out even at the cost of his life. When a close friend gets injured or killed, he gets very vengeful.

History: Ash was once a student at MIT before he was thrown out for "fighting". He arrived at the Roadhouse in March 2001. 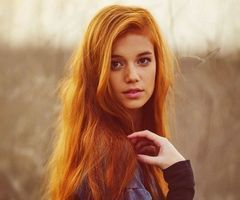 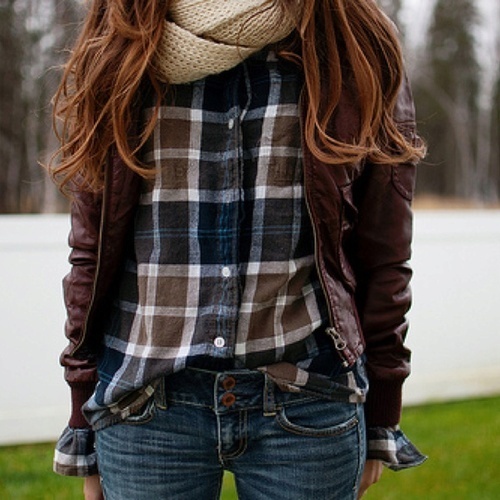 (jeans and black boots with no heal, as such.)

Personality:
Amy is fisty, she won't back down from a fight even if it seems like she can't win. She dosen't like the fact that she's held down because of her age.

Dislikes:
being held back, death. 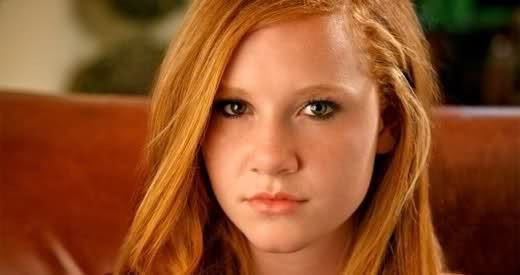 Personality: She spends her time learning how to hunt and surf. She cheer leads at school. She is kind and caring. Like Dean, Mack is protective of her younger brother.

Theme Song: My Immortal by Evanescence

Other: loves Cheer Leading and Surfing. Surfs a lot. Boyfriend was Brady Chance, but for a while they broke up and now are back together. Mackenzie goes by her nickname of Mack.

She went on a hunt alone and was Murdered by Vampires