Mod
It looks like this will be the book of Stone and Killian. 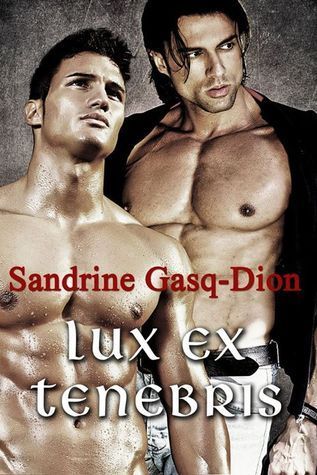 Mod
I really can´t wait for this book.
I think this book is the one I'm most excited about.

Since I saw the cover and these guys. In my head the bigger one is Kane and the smaller one is Stone. When I put what we know of Killian with that face, i just melt. This story should be great :)

July 4th Brings Killian and Stone!!
Lux Ex Tenebris will go on sale July 4th, 2014. Books 15-22 will go on sale at that time for those of you who need to be familiar with the kids from camp and what happened after.

Shape shifter Killian Tenebris has spent most of his life trapped in a lab as the subject of experimentation. When he escapes, he sets out to live life without chains - and to bring down the monsters who held him captive. What he finds is a group of men hunting the same targets, men who will do anything - kill anyone - to keep each other safe. Killian never learned human behavior, so trusting and understanding his new friends is difficult. He is certain their concern for each other weakens them, and will be their downfall. Until he meets Stone Marinos, the beautiful child of Apollo. Suddenly, staying safe and being alone begin to lose appeal. As Killian struggles with the emotions Stone evokes, his job to keep the young man safe is increasingly difficult.

Stone Marinos is adjusting to his life as a demigod and taking care of his beloved new puppy. When emotionally stunted Killian Tenebris is thrown into his orbit, sensitive Stone can't help but feel a little sorry for the shape shifter. Until Killian opens his mouth and offends him every time they talk. One short dance changes everything, and Stone's feelings for the sexy man grow. As his heart burns for Killian, Stone learns that things aren't always what they seem. And some truths hurt a lot more than others.

Happy Dances all around!!!

This is going to be a great 4th.....thanks for the updates!!

On sale for .99 on amazon at least. Just click on the link in message 13

Mod
Kilian...Aww man...my new favorite.
So hot and sweet.
What did you think about these two?