Mod
Here you can make your male characters. You characters must be approved by a mod, unless you are one.

History: (3 sentences or more)bon as an elemental and afraid that he will lose control any time,akrimon set out for the longest journey of his life.the journey to ultimate palace in the quest of his real father in a ship.the ship got shipwrecked and he ended up here.
Personality: (3 sentences or more)he has good sense of humour,caring and wants to escape fro this island and continue his journey..also impatient
Race: (vampire, werewolf, elemental, human, etc):elemental
Likes: (optional, 3 or more)a good fight,sleeping and travelling
Dislikes: (optional, 3 or more)singing,dancing,etc.
Plot: (plane crash or shipwreck)shipwreck
Other: active all the time except for when he is sleeping...hasnt got a bf/gf or any of that sort

History: He was raised in the city, in an apartment. He didn't know his parents were fire elementals until he was 10, when they told him. He practised a little with any candles and other things in his home, but never in public. His parents always warned him about that. But then one day he was out with his dad, and they got into a sort of fight about how his dad was always abusing his mum (they were somtimes on the verge of divorce, and constantly fought). Things got a little out of hand and Xavier forced flames onto his hands and punched his dad, scorching his shirt and a bit of his skin. The others around them gasped and screamed and stuff and reacted the way people would do to super powers. Xavier rushed home and told his mum what happened, and in a few days time the police were investigating. Xavier was sent on a trading ship to get as far away as possible and stay safe. But then the ship crashed...
Personality: He was a fun, crazy, sport-loving, typical boy who sometimes got into trouble with his friends. He wasn't popular, had a small group of friends, laughed a lot, was a gamer at times, shy around girls a lot, depending on who they were. He had a bit of trouble hiding his powers, but managed until the fight with his dad. At home he was depressed when his parents fought, and started to show it at school or in public at the age of 14 and 15, but he never closed up or anything like that.
Race: Fire elemental
Likes: His friends, skate boarding, using his powers at times
Dislikes: girls (depending on who they are), his dad (at times), the water (sort of)
Plot: Shipwreck
Other: He had a younger sister named Harlow, and a baby sister named Jamie. He doesn't react to water unless he uses his powers, or stays in water for too long (after an hour). 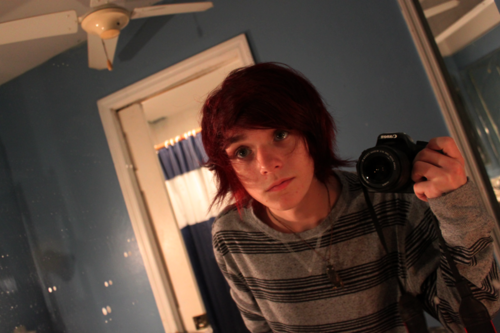 History:Andy was raised by a single father, his mother having died giving birth to him. He loved his father, sure, but he wanted a mother as well, since his father wasn't as affectionate as he wished. But when Andy and his father got on the ship and ended up shipwrecked on the island, Andy's father had died in the crash, leaving Andy all alone.
Personality:Andy is a very sweet boy, always trying to be nice to everyone he meets. He doesn't have one mean bone in his body, and can't even be mean if he tried. He's very sensitive to insults and teasing, so his feelings will be hurt if someone does either of those to him.
Race:Human
Plot:Shipwrecked 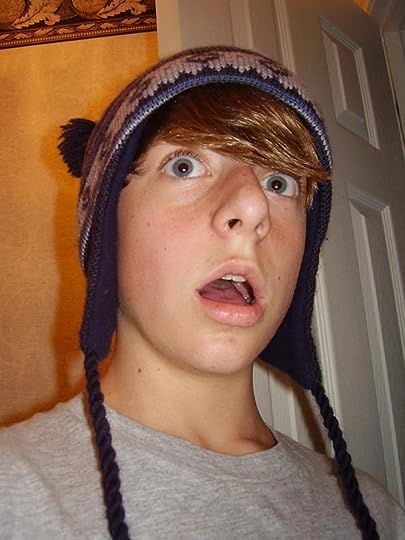 (I HAVE NO IDEA WHO THIS GUY IS. SO DON'T BE ALL FREAKED OUT IF IT'S YOU OR SOMETHING- I JUST GOT IT OFF GOOGLE IMAGES. AND ALSO, SORRY HE'S SO HORRIBLY STRETCHED- I'M REALLY NOT SURE WHY THAT IS).

History: Has always been popular at school and had fairly decent grades. Was known as kind of a hot-shot and had several girlfriends, despite feeling that something was a little off. Realized a few months ago that he was homosexual, and was afraid of coming out, until thirteen students were shot dead at lunch in his high school, including his girlfriend who he hadn't told yet. His parents (he's an only child) decided to move away with him to Australia (he lived in Quazuzu. No, it's not a place. Get over it), hoping that getting away from his old life and ghosts would help him grieve. Unfortunately, though he was beginning to heal, he was still depressed and worried about what everyone might think of him once they found out he was gay.
Personality: Used to be quite bubbly, cheeky, funny and friendly; the class clown, kind of. Is now more subdued and suffers from nightmares which make him tired and gloomy at times.
Race: Human
Plot: Shipwrecked

Mod
approved...start at the beach??

Mod
hahahhaa(-dont get freaked out if its you or something)

Hehe :D Would scare me if someone randomly used my selfie in a RP thing like this!

History: he was worshipped in the village he was when he was young. He escaped from there and married a girl and got a son called Akrimon. All was well until he set out on a journey and ended up on this island.
Personality: jovial,fun to be with and cant make him angry easily.
Race: Elemental
Likes: a good fight, people and nature
Dislikes: singing, dancing and eating too much.
Plot: shipwreck

reply | flag *
message 13: by [deleted user] (new)
Apr 27, 2014 12:21PM
yoυ're нιм. yoυ're jereмιaн joнnѕon.
First Name: Jeremiah
Second Name: none
Last Name: Johnson
ιт'ѕ a мιracle yoυ ѕтιll goт нaιr pιlgrιм, conѕιderιn' all тнe people тнaт'ѕ aғтer yoυ.
Age: 19
Sexuality: Straight
Height: 6'5"
Appearance: http://www.bing.com/images/search?q=j...
yoυ ĸnow, тнe crow мeaѕυre вravery ιn нow мιgнтy тнeιr opponenт вe.
History: Jeremiah comes from Colorado, he was a trapper there and never got used to electronics and all the new technology. He lost his wife and son from an ambush from the Calvary when he lived in the wilderness with them. Because of his anger of their death he killed the Crow Indians that he believed were in on the job. Out of grief he left and had never been back to where they had lived since then.
Personality: Jeremiah is very independent, he hates having to depend on other people to take care of him. He likes having people depend on him for their survival, and does everything he can to keep them alive. He has a quick temper and prefers to be alone.
Race: Human
Likes:
+Trapping
+Hunting
+Surviving
Dislikes:
-Crow Indians
-Calvary
-Technology
Plot: Plane Crash
Other: N/A
ѕoмe ѕay yoυr dead, ѕoмe ѕay yoυ never wιll вe. 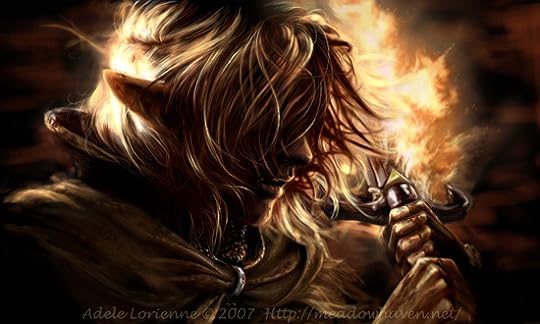 History: Kaglo was born into a poor family as a warrior vampire. He didnt have control over his powers and one day his father and mother were killed by baverians and he was taken captive. From that day on, he is being used by the baverians as they have convinced him that its actually the 3 elementals who killed his mom and dad. So, he has vowed to avenge his parents and eradicate all 3 elementals and now he has learnt to control his power through baverian training.
Personality: It is too random. He has multiple personality.
Race: warrior vampire
Plot: shipwreck