Mod
Here you can make your female characters. You characters must be approved by a mod, unless you are one.

History: Kira was raised on a farm with her sister. Since they lived far from a city, they were home-schooled. There was a town near their home but without a school. Her father, unfortunately, was not the nice kind. At first he was loving and caring and fun, until something in him snapped when he lost his job and starting fighting with his wife, and he began to abuse Kira and her sister, mentally and physically. Kira's mother had thought he'd become too violent, so she chose to move the children to another country, where her brother lived. It was a big step, but he was the only closest relative. They travelled by plane to reach him. Kira was terrified, and her feelings were realised when the plane's wing began to smoke.

Personality: Kira, at first, was funny, bubbly and outgoing, and was very friendly. But when her father became abusive, she closed up and trusted no one. She abandoned her friends, and spent the days riding out on her horse or writing in her diary. She hated her life, but never tried suicide. She still had the slightest hope that her father could go back to normal, but when they left she was happy, however was slightly sad.

Likes: Lasagne, animals, climbing, writing, reading
Dislikes: Ghosts, tomatoes, planes, her father (most of the time)
Plot: Plane crash
Other: She had a horse named Tilly, who was left on the farm.

History: Elise was on that plane to escape her possessive boyfriend. Some much needed beauty sleep and alone time would be good. At first Jeremy (boyfriend) had been sweet and stumbling and then three months into the relationship he started to act awry, wouldn't let her near his friends or any other boys for that matter. Even her own brother. The the hitting started and Elise could put up with it, telling herself that he'd stop tommorrow, the day after. That was until her mother caught sight of the bruises and shipped her off to her Auntie's house where she would rest and recuperate.

Personality: Elise's personality involves dry humour, sarcasm and antagonism. She loves a good confrontation and is considered fiesty and violent. But underneath all that anger there is a sweet girl that can't resist smiling at people. Even if they don't smile back.

History: She was on a trip to visit distant family. Her parents love her with all their hearts. She went to school but always found herself the outsider because of her... abilities (wolf-ness). She always wished she were normal.
Personality: She is silent and reserved unless there is something she must have a say in or she is breaking up a fight. She, naturally, has acute hearing, smell, and sight. She is also much stronger than she looks. When she is a wolf there are rare moments when she looses control.
Race: Werewolf
Likes: Hunting, Running, Archery, Swimming.
Dislikes: Fear, Her wolf self, Hurting people/others, Full moons, verbal attacks, fancy clothes, boys (no offence intended)
Plot:Plane crash

Mod
Want me to create someone to rp with your character in shipwreck?

History: Tara was in financial difficulty ever since she was born. She has taken any odd job she can find but couldn't find enough to help her parents. She became a fire elemental two years ago and wants to learn how to control it. Tara figured the safest place she could practice was over water. She was looking for some peace and quiet where she can practice her fire abilities in peace, when the ship she was on wrecked.
Personality: True to her "elemental-ness" she has a fiery attitude but her temper can last long at times. If you have done something she doesn't like, you will definitely know it. She can really hold a grudge, but is not selfish. She is outspoken, her emotions show, and she likes staying up late to watch the stars.
Race: Elemental (Only fire)
Likes: Sleeping outdoors, Pocketknives, and feeling safe.
Dislikes: Large bodies of water, Swimming, Rain, Hoses, and pretty much anything that has to do with getting wet.
Plot: Shipwreck
Other: Has a large scar on her left arm that she covers with a makeshift finger glove that covers up to her elbow.

Age: 14
Sexuiy: straight
Weight: 70 kilos ish - average size
Height: 5"9
Appearance: Coco is absolutely gorgeous with bright green eyes and perfect light brown hair. She has the perfect body and rocks any style that she adapts.
History: Coco grew up on the outer suburbs of the city. She has 2 sisters - one younger and one older. She is on this plane flight to go and see her older sister in America who moved over there to model.
Personality: Coco is the brightest and bubliest person that you could ever know. She laughs at everything - even things a pub herself. She thinks that she is very ugly even though she is the very opposite of that. She talks to everyone that she meets and she is very easy to start a conversation with.
Race: Human
Plot: plane crash

Mod
Courtney?! Why that name? :P approved go to the jungle 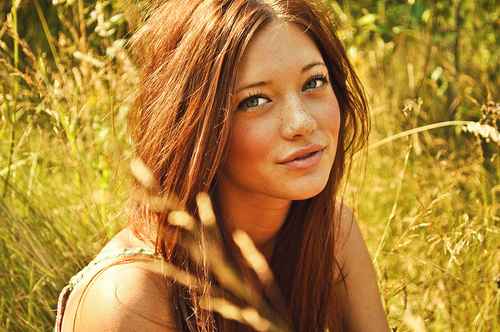 History: Lives with both her parents, and is going to visit her grandparents who she hasn't seen in several years when the plane crashes. She's not altogether happy about this, as the visit comes directly after her cat, Beyonce, died (she was very close to her). Has always done reasonably well in school and especially in English (not so much in maths) and has several close friends.

Um... I don't know what to do... someone approves my person or something, right? /o-o\ (John Lennon face)

History: Bev has a pretty sad history. When she was five, her mom died in a car accident, and her father died from a mysterious illness when she was twelve. After her parents' death, she went to live with her grandparents. Her parents' death still affects her emotionally, but she is recovering slowly.

Personality: Bev is a spunky, brave, and headstrong teenager who loves nature and other outdoor activities. She is the oldest of four siblings, so she is a little protective of them, and acts like a mother to her younger siblings. She is also kind, clever, and a really caring girl. She has become stronger since her parents' death.

History:Alexus was born in the country, Auburn, Wyoming to be exact. She originated from one of the oldest families to ever live in Wyoming, and absolutely loved everything about every one of her relatives. Even though she had lost her parents when she was 11 years old, she felt absolutely no pain when she was around her grandfather. He taught her everything that she knows about surviving, camping, find shelter and anything she could use to help herself in the woods. When he died Alexus was absolutely heartbroken, and she has never been the same since.
Personality:Alexus is quiet, she likes to spend time by herself and just let her thoughts wash over her, she doesn't control what comes and she doesn't push anything away, she just lets it come. She is very protective and loves to climb trees, and she loves to hunt for food in the woods whenever she is able too. She won't speak very much and has forgotten how to cry so she will not cry.
Race: shape-shifter
Animal(s):Black Panther: http://www.bing.com/images/search?q=b... Blue Morpho Butterfly: http://www.bing.com/images/search?q=b... Whale Shark:
http://www.bing.com/images/search?q=w... Killer Whale/Orca:  http://www.bing.com/images/search?q=k...
Likes:
+swimming
+climbing trees
+hunting
+exploring
Dislikes:
-rude people
-death
-silence
Plot:ship wreck
Other: 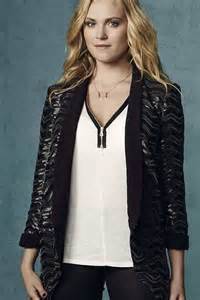 History: Lyn was on a trip to make a peace treaty with another pack when their ship was sunk. She would have been the alpha eventually, after her parents resigned their positions. Lyn awaited the position of alpha eagerly.
Personality: Lyn has a tendency to keep to herself and keep quiet sometimes, but when she isn't she can be infuriating. She doesn't like strangers and can't shake the feeling that someone is watching her. Lyn is suspicious, commanding, and cautious.
Race: Werewolf
Likes:
- Being in charge
- Fighting
- Familiar places
Dislikes:
- Water
- Snakes
- Strangers
Plot: Shipwreck
Other: Here is her wolf-half 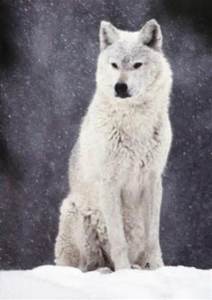