Mod
Darryl had realized very early on that for better or worse, he would be linked to Aleksey Kuznetsov for the rest of his life. But he never expected anything like this.

This is the story of the growing relationship between two professional hockey players who play for opposing teams. And as such, it may seem like an odd choice of reading material for me---I have no interest in hockey whatsoever, and in fact have never watched even a single hockey game right through.

However, it was a free read---the download link can be found in the upper right corner of this page:

And so I thought---why not give it a try? I started reading, thinking I'd give the first chapter or two a go. And before I knew it I found I simply had to keep on reading, and reading---basically not doing anything else until I had finished the entire novel (and it's a bit longer than the typical genre lit we discuss on this forum).

And so despite my disinterest in all things hockey-related, and with limited knowledge of the game or the world in which this sport takes place, I found myself completely riveted to the page. The characters came to life in my imagination and I couldn't wait to see what would happen next. My only real complaint is that there is one incident near the beginning of the book that I found almost completely unbelievable; I couldn't ever imagine this taking place in real life. However, since it served as the catalyst for all that followed, I gave it a pass in this case.

What makes my interest in---and liking for---the book even more surprising is the fact that it originally began as a piece of fan fiction. The author wrote this with the idea that the reader would be very familiar with the world of hockey and recognise all the major characters as having real-life counterparts. While the downloadable version has been lightly edited to change names, etc., the author never expected the story to receive much exposure apart outside a very narrow, limited audience, as they explain here:

The fact that the story succeeds on its own, for those who have no inside knowledge of the background, is a testament to the skill of the author. I think we've seen, with stories like The Student Prince, that fan fiction can occasionally be every bit as good as something released by the major publishing houses. And this book proves that point once again. Recommended.

I thought about filing this under "contemporary romance," but while the story DOES contain a great relationship, it really doesn't fit within the parameters of the romance genre---makes more sense to file it under "general fiction." 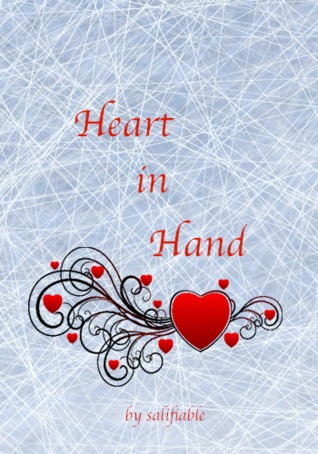 I love sports stories so I've followed tis up.

Just to say to those of gou who use Calibre, if you add the FanFictionDL plugin, you just copy in the URL for this story and it will download the whole story for you automatically in the format you need for your reader.

The Student Prince (other topics)