These characters will die in the bloodbath
Name:

District (please check to make sure it's available):

Tesserae (yes or no):

What their strategy will be in the Games:

District (please check to make sure it's available): D6

Personality: Jemma is very brave and puts in a lot of effort.She is kind,shy and very sensitive.She knows very little about weapons

History: Jemma grew up with her older Brother and father.Her mother took part in the hunger games and won but she is now dead.

Token: A small badge given by her brother

What their strategy will be in the Games: Stay alive

reply | flag *
message 13: by [deleted user] (last edited Feb 23, 2014 12:17PM) (new)
Feb 02, 2014 10:04AM
Name: Seven Herondale
Age: 18
Gender:Male
District: 5
Appearance:
http://www.interviewmagazine.com/thum...
(okay yes I copied Jace what ever his last name is)
Personality: He is a strong kid, very strong and not really a kid. Anyway likes sword fighting and hates archery. He thinks the games are dumb, but will fight in them. He is very forward with his thoughts and says things he shouldn't.
History: He and his dad work in the stone factory place and he is very good at it, but he hasn't always been there. His little sister was called into the games her first year an
d he couldn't volunteer for her.

http://3.bp.blogspot.com/-iejEteLd2jg...
That's what she looks like, she lived because the other one left alive couldn't find her and be drowned. She isn't the mentor because she didn't fight, and since she's now 14. She's refusing to anyway.
Family: Mom: She died in childbirth of Sue Lee.
Dad: Works in factory with Seven.
Sue Lee:younger sister.
Tesserae (yes or no):no
Token: Picture of Sue Lee
What their strategy will be in the Games: Lead the careers. Watch for their strengths so they can't kill him.
Strengths: Swords, talk you into anything
Weaknesses: Archery, Won't trust anyone and is afraid of ducks, got that from the book too.
Other: (is it okay I toke him from the other list?)

I personally think that is perfectly fine. :)

District (please check to make sure it's available): D10 Male

Personality: Cam is athletic, smart, and funny. He's too kind and usually gets bullied.

History: Cam has been known as the district nerd, even though he is athletic, Cam would rather read or write than go out and help with livestock chores, which gets him bullied by the other boys.

Family: Cam's dad isn't proud of him at all, his dad thinks he's week and a disappointment. His three other brothers are his fathers pride and joy. His mother enjoys spending time with Cam, because she owns a bakery and Cam is an amazing baker also he loves to help her with chores around the house.

Tesserae (yes or no): No

Token: A golden pen, with the inside point removed (so it can't be used as a weapon)

What their strategy will be in the Games: To get to high ground, find shelter and stay out of the Careers way.

Strengths: Speed and Knows how to slaughter animals (District 10= livestock)

Weaknesses: If he gets in a fight he can't really defend himself, because he doesn't know how to use any weapons.

Other: His dad never came to say good bye, just his mother and three brothers.

Personality:
Stuck up rich kid, but he's not rich anymore so he is very angry all the time.
History:
His family got kicked out of the capitol and were sent to district seven, he was taken out of rich life to work in the forest. He helps cut trees down in the forest.
Family:
Dad- Luke Malfoy (not gonna copy everything.)
Mom-Belllatrix Malfoy (just some of it, and yes I know his mom is Narcissus)
Tesserae (yes or no)
no
Token: 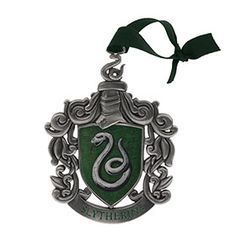 What their strategy will be in the Games:
Fight with an axe.
Strengths:
Axe
Weaknesses:
Doesn't work hard.
Other: