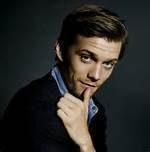 Dress Style: He wears suits and ties all the time and at balls he will wear a tux or a coat with tails

Personality: He is arrogant and used to getting his own way. He is very much like his father and he doesn't like admitting he is wrong. He is also very stubborn and strong willed. He can have a hot temper. But he has a good heart and cares about his people. He is very compassionate and caring. He will do anything to try and help his kingdom.

He is very protective of his friends and family. He has a few insecurities like only be liked for his power and wealth. He has never misused the power he has and tries to do the best he can for his people. He has a guilt complex and hates killing people but he will if he has too. Arthur is also very charismatic, charming and flirty.

History: Arthur was born in Camelot to Uther and Ygraine Pendragon with help of magic by the sorceress and priestess Nimueh. Ygraine was barren and incapable of giving birth so Uther, who was desperate for her to conceive an heir, went to Nimueh and persuaded her to use her magic to help Ygraine . However, as Nimueh used the power over life and death for Arthur to be born, a sacrifice had to be made for a life to be created and Ygraine died in the process after Arthur was born. As a result of her death, Uther despised magic and had its practitioners executed but kept the true nature of her death secret from Arthur.

He was spoilt as a child and was giving everything he wanted. When training and playing games everyone used to let him win which annoyed him no end. He wanted to win on his own merit not because everyone let him win. His father remarried when he was five and had 5 sons with her.

When he grew older he was told of her death by a servant that was close to his father at first he was angry but then he came to realize that his father was right in keeping it from until he was ready to hear the information. He thought hos father's policies surrounding magic were ridiculous and vowed to change them when he became King.

He was 16 when he discovered he was not human but an angel. He was shocked and told is father who explained to him the family history and then trained him to use his powers. He was also told that all his brothers were not human and what species they were. He is the only one about from Uther who knows this information.

At age 18 he started learning more about the politics involved in being king and started to take a more of an active role in ruling the kingdom. The people love him despite his arrogance. He fell in love when he was 24 but the relationship didn't last as she just wanted his money and power. He hardened his heart against women.

Likes:
Training with a sword
Ruling his kingdom
Flirting
Reading

Weaknesses
His kind heart
Using a bow and arrow.


Other: He has a pet tiger named Anne


Personality: He is very arrogant and stuck up. Adam is an elitist and doesn't care for anyone of a lower social status then him. He is rude and mean to anyone he does not like. He can be very vengeful and just slightly sadistic. He enjoys killing his enemies and seeing them suffer.

He can be loving and very protective over those he cares for. When around those he loves his walls come down and they can see the boy that he really is. The one who is sweet and just a little bit affectionate due to the fact he is a werewolf.

History: He was born to Uther and his fourth wife Elizabeth. Adam was the apple of his mothers eye. She doted on him where his father preferred his older brothers. He was given everything he could possibly want and his mother gave him a lot of love and attention. He grew into a spoilt but good natured 2 year old boy when his father suddenly divorced his mother. Adam then started to withdraw from his family despite being very young.

By the time he reached 10 years old he was very cold towards everyone he met. His brothers had managed to break down his walls so they still saw the sweet little boy he actually was rather than the cold arrogant unfeeling young prince. He had started his training at this time to became a knight so he could help protect the kingdom as he wasn't one of the eldest sons so he couldn't help in the actual running of the kingdom.

When he was 12 he got into a fight with one of the servant boys who had been insulting him behind his back. He was so mad. He wanted to kill the boy and make him regret ever hurting him. The anger he was feeling triggered his werewolf join and he shifted into a wolf. It was a full moon that night but they didn't find that out till much later. Everyone treated him as if he was cursed, everyone that is except his brothers who helped him figure out what he was. When they had figured out what he was they helped him control his emotions and anger.

By this time the news the prince turned into a beast had reached all over the Kingdom. The people had nicknamed him the beast. Adam now refused to go outside the castle because of the looks he would get. This just made people think he was snobby and stuck up rather than the scared little boy that longed for peoples acceptance and love.

It had become a game for the townsfolk to dare each other to sneak into the princes bedroom and get a glimpse of the boy. This made Adam feel like a freak show and he became even more closed off.

Likes:
His brothers
Training
The knights who accept him
Dislikes:
His father
The townspeople

(Other: He is based of the character The beast from Beauty and the beast) 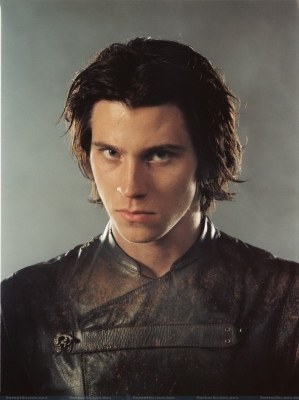 Personality: He's always said the sea is his one true love, but lately, he's been seeking... more. Lately, as his brothers have begun seeking for their soul mates, he's been more inclined to doing so himself. Even though he's a sailor at heart, he always finds his way back to the castle. That's where his family is, and that's something he's very loyal too. To Family. He'd never betray them, not for anything in the world.

Eric loves animals too. He has a dog he holds dearly. His favorite days are those spring ones when the sun is up but the winds are kind enough to propel his ships forward. He only wishes he had someone who to share that joy with.

History: As one of the youngest princes, Eric is aware that the throne will not be his, so he doesn't bother attending to many of his royal duties. He doesn't mind. His place is out there, at the sea. When he was a child, he liked playing pirates and sailors with his brothers. Eventually, the games turned to reality as he grew up.

The night he turned 20 a storm hits the ship he was sailing in. The crew quickly went for the life boats when it was set ablaze, but Eric returned to save his dog. He managed to get him out of the ship, but he got stuck and it was too late. The explosives went off.

The next day, he found himself in the coast, opening his eyes to his servants, fussing worriedly over him. He could have sworn there was a girl with him. She'd... sang to him? His head hurt like hell and he couldn't think straight.

Since then his passion for the sea has only become stronger. In his mind he calls the girl, his mystery sea girl. His brothers always joke about it, but he's convinced of what he'd heard, and blurredly seen.

Strengths: His courage and loyalty

Weaknesses: His desire to prove himself to the kingdom, that he's only a human.