Mod
A Cunning Plan by B. Snow

Alex, the Earl of Whittlesey, leads a reclusive life. When he meets Morgan, a commoner, he can't resist the man's charm and cheer. 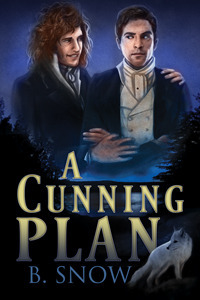 Alec, Earl of Whittlesey, lives a dull and reclusive existence, rarely mingling with society and, to his mother’s regret, refusing to marry. But his mother and society do not know he harbors a secret: a kind of madness that is driving him to deadly despair.

When Alec meets the commoner Morgan Villenie, he finds the man’s cheer and wit hard to resist, despite his own dark moods. Alec warms to Villenie, but Villenie has secrets of his own. If these two men are ever truly to be together, they must trust each other enough to reveal those secrets—even if they both believe the truth could tear them apart.

What You Own by A.M. Arthur

Adam needs to survive an internship at his dad's company, finish school, get his trust fund and find Ryan. But Ryan finds him first. 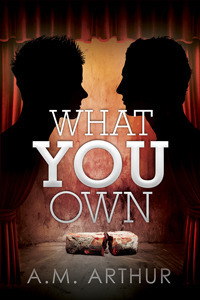 For Ryan Sanders, the Paige Community Center is more than a place where he teaches at-risk teens about musical theater. He found a sense of belonging there during one of the hardest times of his life. With the center facing a financial crisis, he’ll do whatever it takes to keep the doors open—even soliciting fundraiser donations from Langley-Quartermaine Financial.

Adam Langley has a plan: survive an internship at his father’s company, finish college, get his trust fund, and find his former high school best friend Ryan and beg his forgiveness. In that order, because if Ryan does forgive him, Adam believes he’ll finally find the courage to come out to his wealthy, bigoted father.

Adam’s carefully considered plan is shattered when Ryan appears at the office a full ten months before Adam is ready, and Ryan is just as stunned. Against his better judgment, Adam gets involved with the fundraiser—and Ryan. Old feelings won’t be denied, and as Ryan and Adam reconnect, they realize neither knows the entire truth about the horrific night three years earlier that tore their friendship apart.