Hi =D so any ideas?? I was thinking maybe a prince/knight romance. Or something medieval ^-^

Or.. Knight and Serf?

Nevermind! Let's do the knight and prince thing. Do you mind if I become the knight? I may have the right picture for it. P

Lol sure. What's a serf thoughhhh??

Serfs are like the people who serve the knights in return for protection. But how about the idea I just posted?

I won't be able to make any characters though. I'm on the phone you see.

Oooo. And Yeah sure you can be the knight

Okay... so should i just post my charrie then since your on ur phone. 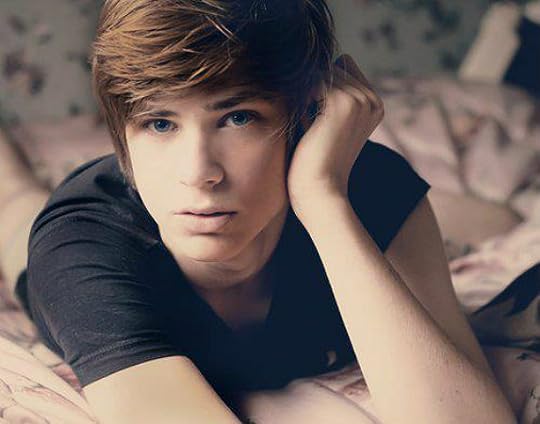 I'll make my character later on.. Still on the phone. By the way, comment on our other rp?

Oh sorry thought i already did >.< 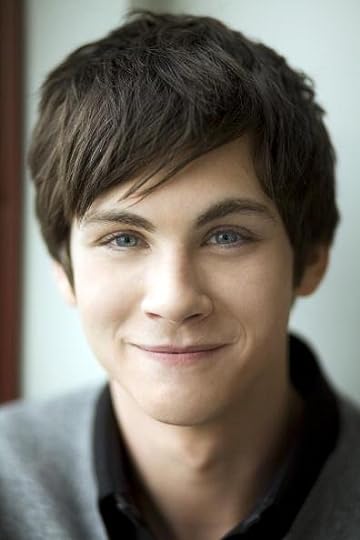 Aww its him XD Logan. Anyways where should we start??

I know! I even decided to use the name Percy.. But I lengthened it into Percival.. :D I don't know, do you have an idea?

Percival ^-^ hehe. Okay well hmm should they b in a relationship or should it develop??

Yeah sure ^-^ maybe they couldn't been childhood friends in the castle as well??

Oops meant could. Oh my phone ]= spell check is annoying

Maybe he's in the castle and kinda asks for Percy to come, and they talk.. stuff happens.. and a small Kiss? :D

Eli got up from his bed with a groan sighing heavily as he did so. He changed into proper clothing, sending the girl that was in his bed along her way as soon as she awakened. He left his room soon after, grabbing something quick to eat before walking out into the stables.

Percival Hughes, the star knight who served Prince Elijah. He was the talk of the village, rumours spread around about his skills. Men boasted they could beat him, when they weren't close to his sword fighting, maidens of every age whispered about him. At this time, Percy - for that was what he was called - was grooming his steed, looking into those soulful eyes of his loyal friend. He was dressed in simple clothes, for today he had no duty to do. Though he wore casual clothing, Percy had his sword by his side, if the need to protect arose.

Elijah walked over towards his steed Ramzul, gently stroking her nose as one of the servants moved aside from brushing him. His eyes flickered across the stables, a smile playing at his lips as he saw Percy. He walked over towards him, daring to ruffle his hair. Most people wouldn't think to do so, but being he was his knight he could do whatever he wanted. "What are you up to today?" He asked, raising an eyebrow as he flickered his fingers through his horses mane.

Percy did not notice the prince in the stables as he ran a hand through his horse's smooth and silky neck. However upon feeling someone ruffle his hair, he smiled a little, knowing it was Elijah. He was rather attracted to him, and he somehow knew that the other boy was also attracted to males, something he had discovered once. Upon hearing a question asked to him, he thought of his reply. "What am I up to today? I don't have anything planned, so therefore I am simply enjoying my day off." Percy said after a few seconds had passed.

Eli shook his head at his reply. "A knight's duties are never over Percy." He told him pursing his lips slightly. He took a step closer towards him, laying his hand along his hip before he gently slid Percy's sword from his sheath. He smiled slightly as he looked at it, not giving the knight a chance to yell at him for even taking it he quickly slipped it back in. "Why don't you come with me and Ramzul for a ride around the palace?" He asked with a small smile, running his fingers through his hair.

As Eli drew his sword out, Percy was about to make a comment but he wasn't given a chance to speak as the sword was back in quicker than it was out of the sheath. Hearing the offer spoken to him, he went over his activities for today and decided to take up on the offer. "Very well." He nodded, pushing back a few strands of stray hair that fell into his eyes on that humid day.

Eli smiled brightly at his response before grabbing Ramzul from his stall. He brought him over towards the wall, saddling him up, his eyes flickering back over towards Percy. He sighed softly shaking his head as he placed the reigns on the horse. Effortlessly he hopped onto the horse and brought him to a slow walk as he waited for the knight outside.

As he waited for the prince to prepare his mount, Percy stood straight, looking around the peaceful stables with horses whinnying every few moments. As the horse arrived by him, he stepped outside, going up to Eli with a smile, looking up at the prince.

Eli smiled back at him, feeling his heart beat pick up as he looked into his eyes. He quickly tried to slow it down. "The forest?" He asked with a small grin, knowing now too many people would be there. Many were scared to even enter, but he found a thrill when he could escape there.

"As you wish." Percy shrugged, about to take hold of the leather reins to guide the horse a the prince atop it towards the forest.

Eli frowned slightly at his formalness, following behind him as he led the way. He bit his lip thinking to himself. Suddenly they were encased in the darkness brought on by the forest and he looked ahead, nothing really seeable, besides the very few shreds of sunlight slinking through the tree tops.

Percy had heard tales of various bandits lurking among the trees, attacking anyone who seemed like an easy catch. People had ventured in and were never seen again sometimes. However he, Percival, would not be easily swayed by those tales. Now that he was in the forest with the prince, he would protect him, with or without his armour on.

Eli sighed softly as he took the lead on his horse, humming softly to himself to fill the eery void of silence. His eyes flickered back towards Percy, but he could barely make him out in this lighting. The horse expertly followed the path, letting out a small whiny and stopping as they approached the usual bridge. He urged the horse on, kicking him in the side twice before he took off across.

Percy listened after the silence had settled in, after the prince had crossed the bridge. Hearing a twig crack, he noted that Ramzul had not moved a hoof since crossing the bridge and immediately was alert. keeping a sharp eye on his surroundings, he narrowed his eyes and turned his head, noticing how the shadows in the trees were moving around. No doubt, there was someone else in the forest with them. Or rather, some people.