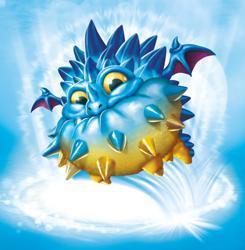 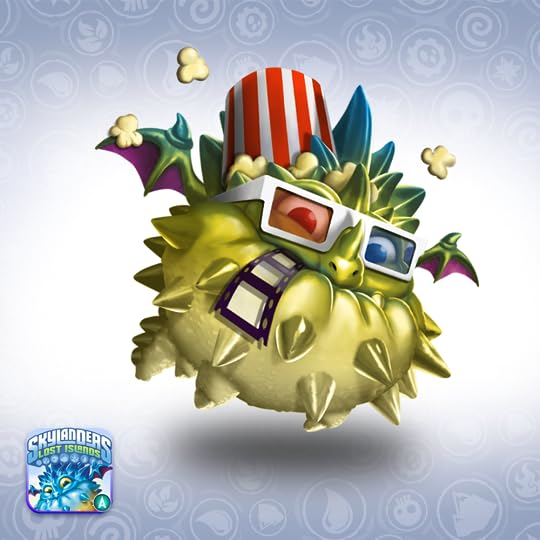 Pop Thorn hails from a race of creatures known as Pufferthorns. Often considered one of the cutest creatures in all of Skylands, they are generally quite timid and puff out sharp spines when scared. It is this ability that long ago led to the unfortunate legacy of being used as combs by giant trolls everywhere, being the sharp spines are perfect for brushing out tangles from their long, matted hair. But not long ago, one Pufferthorn took a stand. Tired of his race being used for nothing more than good grooming, Pop Thorn used his naturally thorny abilities to stand up and fight back against the giant trolls. Soon after, Master Eon made Pop Thorn a Skylander. And to this day, no trolls dare to comb their hair.

Puff - Puff up into enemies and shoot thorns that chase them

Pop - Pop into enemies and blast winds at them

Fresh Breath - Charge the winds to shoot more at a time

Puffball Pound - Can slam into the ground while puffed

Wind Trap - Leave a mine behind when popped

To Puff or Not to Puff - Go faster when popped, and get more armor when puffed

Rollerpuff - Charge the slam attack to roll into enemies

Bounceback - Puffing does more damage and knocks away projectiles

Prickly Body - Shoot out a spike when damaged

Roll Over - Inflate and smash into the ground, which deflates you

The Power of the Wind - Air puffs do more damage

Catchphrase: Straight to the Point!