Hehe, well I have to figure out what you like to RP the most (: Like what genres and what not.

Well, I like to RP realistic and supernatural (meaning vampire, werewolves, hybrids of the two). My like romance, friendship, drama, angst, tragedy, comedy, hurt/comfort, that stuff. And I am able to do MxM, MxF and FxF RPs ^^

Dystopian future...? I have no idea what that means, sorry ^^;

Haha, your fine ^.^ I have an idea that you might be interested in, if you wanna hear it.

Two girls and a boy wake up in a hospital, having no idea how they got there. Finding each other, they search the hospital from top to bottom, finding nothing. But that's the unusual part. One of the girls was on life support, close to dying from cancer. Now she's fine. But there should still be doctors around, right? They find a vent in one of the rooms and climb out it, only to discover two things.
1.) The hospital was underground.
2.) The city is not only destroyed, but abandoned of all life forms.
They now have to work as a team to try and figure out what in the hell is going on all the while running from strange, mutated creatures.

We could make it only one girl if you want though ^^ Or a small group of like...6 people.

Hehe, thank you ^^ I love it too and sadly haven't been able to get too far with Rping this idea just quite yet.

A group of being is able to do even between two people, however we'd have to be multiple characters. If your not use to that though, it might be hard for you to take on 3 people.

Oh no no. You perfectly fine ^^ We can just do two people then (:

Hehe ^^ Well, I prefer MxM, but which one do you prefer?

Hehe, your just all like wheeee! today huh? XD

Hehe, alright. So I suppose we'll be doing MxM then?

I'll go grab my boy, so you can see how I make my characters ^^

Haha, okay okay. I'll go get my boy then lol

Nick names: Alex (he hates this one) James and Annie 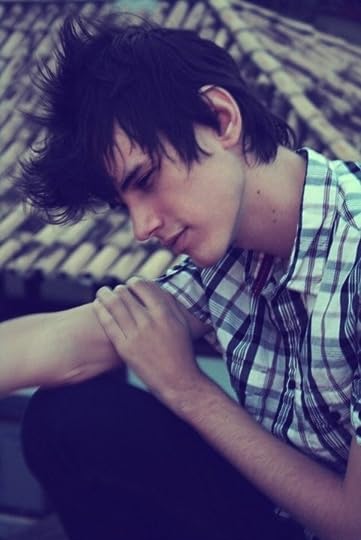 Andrew has black hair and bright green eyes that appear to be silver in certain light. He is fairly tall, standing at 6'5, and weighs about 150 lbs. He had scars all up his wrist on both of his arms, going nearly up to the inner side of his elbow.

Family and Friends
Andrew had no parents, just his grandmother and grandfather. As for friends, he never really got close to anyone before, so he doesn't have any.

History
Andrew's parents were killed in a car accident when he was very young, he doesn't even remember them as his parents. When he sees the pictures, all he sees were two people that took care of him for 6 months before they died. It may sound cruel, but they were nothing to him and there is no place in his heart that he can feel upset by their death. After his parents were killed, he was sent to live with his aunt and uncle from his father's side. He lived with them up until he was 11 years old, after his uncle tried to kill him. He was always abusive towards the young boy, but one day he just lost it and tried to drown Andrew, cutting his wrists as well as he claimed it would kill him faster. Andrew's cousin Allie was the one who pulled her father off Andrew and his cousin Cain pulled Andrew out of the bathtub, calling the police. His uncle was arrested, his two cousins staying with their mother and Andrew was sent to live with his grandparents, who took care of him lovingly.


Personality
Andrew is the type of person that many would say is closed off. He doesn't talk to many people and, even if he did, he wouldn't know what to say. He doesn't hate many people, no one at all actually, he just does not know how to interact with others. Despite this however, he is a very nice person. He is caring and wants to help people whenever he can, though they do look at him funny a lot of the time when he does.

Tattoo
Andrew has a tattoo that his grandmother let him get when he was 15. It is on his right collarbone. 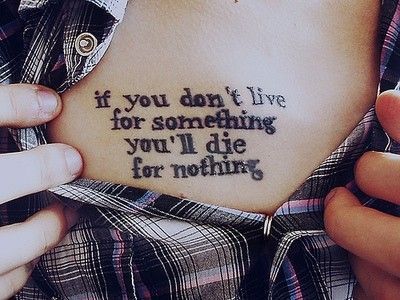 They know who they are, just not how they got into a hospital (:

Oh I noticed that lol

Oh and btw, I like you picture ^^ Hatsune Mike is actually quite cute as a little chibi.

Haha, once I got a better look at your picture, I knew it was Miku. And then I looked on you profile and it said you were into Vocaloid. VY2 Yuma is actually my current profile picture ^^ And okay, I'm yours haha

Haha, it's alright ^.^ I always reply pretty soon, if I'm replying to others (:

Yesh, I'm ready ^^ And you have a reputation?

Oh haha And I can do really detailed ones (: Once I did about 7 paragraphs in one of my RPs. But we don't have to do that here, by any means! (:

Yes, with them waking up.

Hehe, all of the above work perfectly fine ^.^ Some of my friends also call me Emmy (my real name is Emily) or Em and my friend Chris has a terrible habit of calling me kitten :3 So any or all the names you mentioned, as well as the ones I mentioned would work fine ^^ And you want to be called Sora, right?

A groan vibrated through the room and Andrew had to take a moment to realize that it was him. He slowly, very very slowly, opened his eyes, expecting to see the yellow wallpaper with flowers painted onto it ceiling of his grandparents house. Instead, he saw faded white.

Furrowing his eyebrows, Andrew moved his arm up to rub his eyes, but a stinging pain near his elbow stopped in. He looked and saw an I.V stuck in his arm. Andrew just stared at it for a moment before he closed his eyes, opening them again a minute later. Nope, still there. Looking around the room, it was clear that he was in a hospital room...But...why?

Andrew continued to look around the room, eyes going to rest on a boy in the a bed left of him. He gasped and jumped a bit, blinking a couple of times to see if he was hallucinating. He wasn't...
" Um...h-hello," he said to the boy.

Andrew's eyes widened slightly when he spoke, blinking slowly and trying to figure out what that meant. He was never big on knowing how relationships worked...
" U-um...o-okay...," he replied, clearing his throat," D-do you know...where we are?"

Andrew looked down at the hospital gown he was wearing, blinking a few times.
" You mean the...gowns? I'm...not...Probably in one of the nurse's closets?" he suggested, looking away from the boy and around the room once more.

Andrew sat up in his bed then, looking down at the I.V in his arm. This just didn't make sense...thinking back to what he was last doing he was walking home from school, thinking about what he was going to make his grandparents for dinner. That's is....Was he in an accident or something on the way home and he just didn't remember?

" Bunny...slippers. Um...I'm not...sure," Andrew replied as he looked back at the boy. There was nothing wrong with the boy having bunny slippers, but he was just...totally confused of how he could be so calm him this situation.
" Wait...are you a patient?" he asked.

' What's the suppose to mean....?' Andrew thought, sighing softly and sitting up as he looked a bit more around the room. It seemed like a normal hospital room, well, besides the boy crawling under the bed.

(( Chris and I know each other from school and have been friends since Freshman year (we're both Juniors now). Why would you think I want to stop this one? I really like it (: Unless you want to stop it. ))

" Um....my name is Andrew...And I really know about this place...," he said, biting his lip softly before he decided to ask his earlier question," Are you a patient at this hospital?"