Not really. I'll think. Do you have any?

Umm do you prefer to be the girl or boy?

Sure. I mean, I can roleplay both but I find it easier for me to rp a girl

I'll hear it :) I love mysteries

reply | flag *
message 10: by [deleted user] (new)
Nov 29, 2013 04:09PM
So there's this guy who has been a notorious criminal for years and no one has been able to catch him. He's basically this person that no one knows about. The police have been after him for years, but since his attacks are random and he leave no killer signature, he has not be found. However, one of the detectives (the female) has been in love with him for a while now and they were about to get married when he got blamed for the first crime. She is trying to keep him safe, but it is hard since she is also trying to find the real criminal at the same time, even though the evidence points to him.

Yep. And how detailed do you want the characters to be?

Ok. I'll make it when I get home 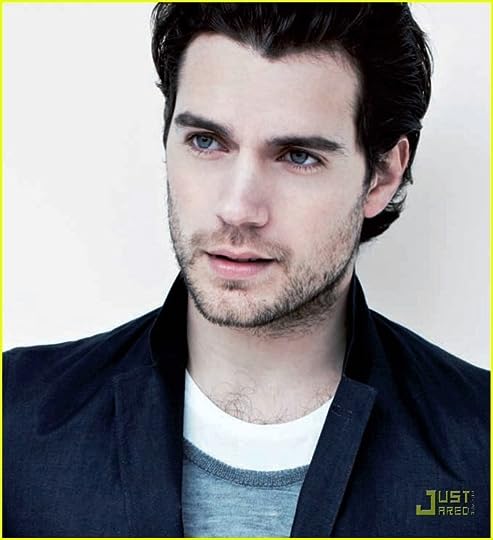 Personality: Other than being incredibly mysterious, Jack is very passionate is has an extremely soft spot for children. He is a pretty goofy guy and has always been really sincere, he just has a hard time trusting people.

History: Jack was accused of murder four years ago when in reality he was just at the wrong place, at the wrong time. He has been running away from the police when his girlfriend promised him that she would take care of everything and that he had nothing to worry about. It's been 4 and a half years now, and he patiently waits. Still on the run but not giving up hope.

Personality:
She is an extremely caring person. She likes to get to the facts though. She cares a lot for him.

History:
Raised in a small town, she had always loved mysteries. So she went to college and that's what she solves now.

Jack sat under the overpass feeling his lips go cold from the blazing snow and winter. The sun was barely starting to set when he looked at the horizon and saw that there were less and less cars on the road. He was waiting for the perfect chance to step out and start running. He knew that if he timed it right, the evening bus would pass to the bus stop giving him enough time to hop on and head to the next city. But he had to be quick, since he knew that the cops were still out there looking for him. He sighed. This is going to be a long night, he thought started to shiver.

Macy walked out of Starbucks. She was drinking a tall salted caramel mocha. She walked around one the streets. She looked around hoping to find him. She had some files tucked under her arm. She sighed. She sipped her mocha. Macy sat down on a bench. Her chevron coat was secured tightly around her waist. She opened the files and started going through them. Macy was wondering where he was. She sighed. If he was running again, she would miss him so much. She didn't want him to go.

reply | flag *
message 22: by [deleted user] (new)
Nov 29, 2013 06:49PM
He looked around again not and seeing that the road was empty, he pulled out his phone and tried to call Macy. He wanted to reassure her that he was alright and that she didn't need to worry about him for now. He hated making her worry. But the area and the constant snow wasn't helping when saw that there was no service and no way to get ahold of her. He sighed wandering a little ways away from the bridge when his phone finally hit a few bar and starting ringing.

She heard her phone ring. She pulled it out of her long coats pocket. She saw the number and answered. "Hi." She said. Macy sighed. She hoped he was okay. Macy did not know what she would do if he was in trouble or hurt. She always worried about that. It scared her. Macy loved him so much. she put the papers in the file. She closed the file and put it under her coat. She sipped her coffee and waited for him to respond. She was alittle nervous. Macy looked at the ground.

reply | flag *
message 24: by [deleted user] (new)
Nov 29, 2013 07:15PM
"Hey! I just wanted to let you know that I'm fine, just waiting for the bus right now!" he said even though he was actually yelling over the loud wind and the snow blowing through. "Can you hear me ok?" he asked when she didn't respond immediately. He paused for a moment waiting to make sure he didn't call her at a bad time or if she was in a meeting. He knew her job was important to her and he didn't want her to blow it all just for him.

"I can't hear you very well, but I can make it out." She said. Macy had been trained to know how to understand people when wind and snow was blowing hard. "Stay safe. Call me when you get there." She said. Macy sighed. She didn't want him to leave. Macy listened to the empty spade on the other line, waiting for him to speak. She wanted to be with him, but she needed to work on the case.

One of the head officers approached Macy and tapped her shoulder. "Are you ready to head out?" he asked, "there's been another murder," he said gravely as her got into the patrol car.

She nodded. "Sometime. I'll call later." Macy hung up. She sighed and put her phone away. "Who died this time?" She asked needing the facts. She also needed the file. She wished she could be with Jack. She already missed him. But right now she needed to focus on her work. She looked at the man. She didn't like him just making her get in the patrol car.

reply | flag *
message 28: by [deleted user] (new)
Nov 29, 2013 08:54PM
Jack heard her hang up when he sighed in defeat. He probably called at a bad time, but he couldn't help it though, he just wanted to hear her voice again. He was about to sit back down when he heard the bus approaching, time to go.

"Ally Simons. 16. Murdered," he said laying out the details as he was driving. "She was killed the same way as the rest of the the girls we've been seeing. Probably by the mystery zodiac killer I'd imagine," he said shaking his head grimly. "The body was a real mess according to forensics, we just need to investigate the scene."

She shivered. Macy nodded. "Ok." She said. "Any other facts so far?" She thought about what could have happened. Too many possibilities. But she knew that they always had suspects. She sighed. Macy looked out the window. She hated this guy. She wanted a new partner. She looked over at him then she looked away.

reply | flag *
message 30: by [deleted user] (new)
Nov 29, 2013 09:08PM
"Prime suspect is Jack Harrison, the escaped convict. And the coroner says the girl died of multiple stabbing after she was raped," he said. He pulled out a cigarette and lit it even though the windows were closed.

She rolled down a window. She coughed. Macy didn't like the smell of cigarettes. She looked out the window. It couldn't be Jack Harrison. No way. He was a good guy for all she knew. But he was mysterious. Macy sighed.

reply | flag *
message 32: by [deleted user] (new)
Nov 29, 2013 09:27PM
"Don't worry Macy," he said, "We'll catch that bastard," he said huffing out a long breath of smoke. When they got to the crime scene, it was an alley like the previous murder. Agent Carter stepped out of the car and went over to inspect whatever the police had missed when the body was called in.

Macy got out of the car. She closed the passenger door before going over to the crime scene. Jack never would have done anything like this, would he? She walked closer. Macy looked at the body. Extremely bloody. She started writing things down on a notebook with a pen. She tried to ignore Carter.

Jack fells asleep with the brim of his hat covering his eyes, he knew he needed to be careful, especially in a space so public. He eventually woke up when he had traveled further than desired. He got off, careful to blend in with the rest of the crowd so that he didn't alert police that he was suspicious by acting out differently or appearing to be in a hurry.

She looked at the cops. Macy sighed. She thought of Jack. He just had to be innocent. She was trying to put the pieces together so it wasn't him, but it just kept coming back to him. She missed him.

reply | flag *
message 36: by [deleted user] (new)
Nov 30, 2013 10:39AM
The cops nodded. "We have a knife that we sent to the crime lab for finger prints." one of them said. "But take a look at this," they said motioning to the body. "There are multiple puncture wounds where a needle was injected. We are looking into it now," he said.

Carter sniffed, "Do we have a time of death?" he asked looking at the coroner who nodded. "Two days ago," she said, "around 4pm." This was right before Jack went on the run again.

Macy put all the facts together in her head. Jack. It always led back to him. She sighed. She looked over at Carter.

She started writing down what she could notice. "No." She said. Macy listed many things. Macy put the notebook away. She she looked at him.

(Sorry those were so short. I was on my phone)

He nodded knowing everything they needed was already at the crime lab. "Alright then," he said. "Just get a list of suspects since the cops have a few names, but we need to narrow it down," he said puffing out a large amount of smoke.

Macy walked over to the cops. "The suspect list please." She said. The police handed it over and she walked over to Carter. Macy stood a few feet away from him. She read over the list and saw Jack's name on it. They always had it on the list. No big shocker, yet Macy was still a little shocked. She always was. She hated seeing his name on the list. It made her nervous.

reply | flag *
message 43: by [deleted user] (new)
Dec 08, 2013 02:14PM
Carter peered at the list when he pointed at the first name, "We already have Denis O'Donnel in for questioning," he said. "It's just a matter of finding out where they all were and if they had a motive," he said puffing his cigarette some more.