Mod
Here is where you may create your student character. First, a couple of rules...
1) No all powerful, perfect people! If they have a lot of power, there must be a flaw. If their abilities are related to race, remember to keep it realistic. Yes you can have characters with more and better, but nobody is at the academy because they are perfect with precise control.
2) try to balance out the number of guys and girls, we don't want 50 girls and 10 guys. If you see more girls or guys, please set aside your preferences and make a character in the gender needed most.

Species/Power: Human, has the power of the force field but in addition Ada can reverse the shield and trap someone in and squeeze the life out of them, reversing is something she has not mastered yet, she can only use one at a time.

Brief History: Ada was hiding from the American government in order to keep her secret a secret. When the government found her she killed a few men but they captured her and brought her to Rummy Academy because she posed as a threat.

Other: Ada is a genius, well as genius as you can get in high school that is. She is kind to everyone and tries to stay away from the crowd, except Layne, he's the only person she will talk to. Ada is scared she will hurt someone so when she feels threatened she will protect herself rather than attack them. 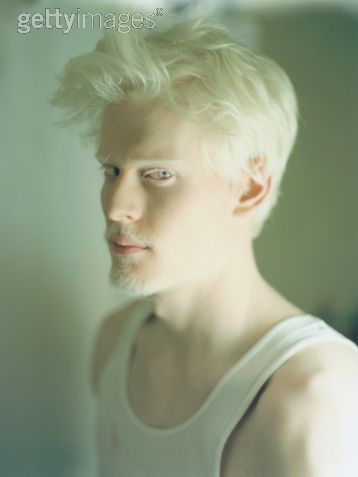 Species/Power: Layne is human with the power over ice. He can freeze things in seconds, drop the temperature, make it snow, and his body temp is never above 40 degrees Fahrenheit. He is extremely powerful but has little control over said power. He refuses to ever use his power.

Brief History: While vacationing with his family Nassau, the largest city in the Bahamas, at the age of five he was in car accident. His father drove in front of a 18 wheeler and upon impact the Layne caused a blizzard so big and powerful it froze the entire city, including everyone and everything, and formed a cocoon of solid ice around him leaving him completely unharmed. He was placed in the academy a week later has been there for the last 14 years.

Other: Mostly just a class clown who isn't close to anyone due to a fear of his own power.

Appearance: 4'10" and very slender. Her eyes are a deep gold. She always wears silver(literally made of silver) gloves that come halfway up her forearms 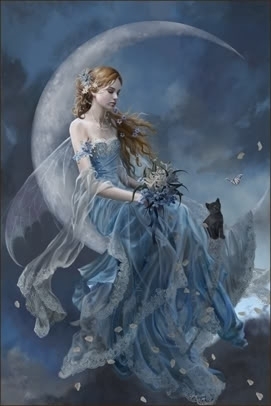 Species/Power: Fairy. She has a Midas touch. Anything she touches with her hands turns to metal. Usually gold or silver, though she's been known to turn things into other metals. Though she does have the added benefit of being able to manipulate metals and change their form when she focuses on them, she can't control her Midas touch. Usually the gloves prevent her touch from affecting things she touches, but when she's overly emotional(either really happy, really sad, overly amused, etc.) her power will jump and what she touches will turn to metal.

Brief history: She was born without her abilities. Instead she had had the rare ability that runs through her family. Most members in her line are able to read the earth and locate valuable metals and rocks/gems, then manipulate the earth around them to make it easy to access those valuable items. It's their family business, really. A rare few of them, as she is, are instead able to manipulate metal and form it into objects. Her godmother had given her a blessing gift when she was a toddler, trying to help her become more useful and be able to draw the metal out of the ground, not just form it, rather than having to send people down to mine for it. And while it was a nice thought, the gift had reacted poorly to the already there natural abilities. Nobody had tried anything like this, and the result was she still had her original abilities, but also her Midas touch.
Her family had been able to hide her away for a while, but word about her ability got out after she accidentally caused her parents house - and everything inside - to turn to gold after her father had died in a mining accident. Nobody was in the house - they were all at the funeral - but soon the government was knocking on their door, insisting they take their daughter away and teach her to control her abilities. So she has been at Rummy for the last couple of years, struggling to control her Midas touch.

Species/Power: Human, has the ability to phase through anything, she can selectively choose what she can phase through. But if she's phasing through fire or poison gas, etc. she has to be able to hold her breath because she can't control which gas she phases through so it makes her phase through gas.

Brief History: Her family was very quaint, her parents were loving, she had a great relationship with them. However, when she was 9 her mother and brother were in a car accident. Her mother died, and her brother became crippled. From then on her father became very distant and things began to go wrong. Her father neglected her brother a lot because he couldn't do the things he used to be able to. One day he got very drunk and started to hit her brother, who couldn't get away. She grabbed Charles to protect him and made them both phasable. Her dad got very angry and Charles hit him in the head using his powers. The neighbors, who heard the noises, called child services. They moved from foster home to foster home, polishing their powers, before being sent to the school.

Other: doesn't like nicknames- it's too easy to become confused with Charles that way though they do call each other by nicknames just to tease.

Appearance: Appearance: 5'11/6'1", depending which leg he puts most of his weight on, almond shaped brown eyes, usually very short black hair, though it's starting to get a little shaggy, his left calf is twisted, making it shorter than his right by a few inches, always has a cane.

Species/Power: Human, telekinesis. Can lift up to about 300lbs.

Brief History: look at Charlottes, too lazy to do it again

Personalty: Teasing, easy going, calm, very smart, usually is never angry, but once he's angry it can get bad, ruthless to anyone who goes against his family

Other: doesn't like nicknames- it's too easy to become confused with Charles that way though they do call each other by nicknames just to tease. 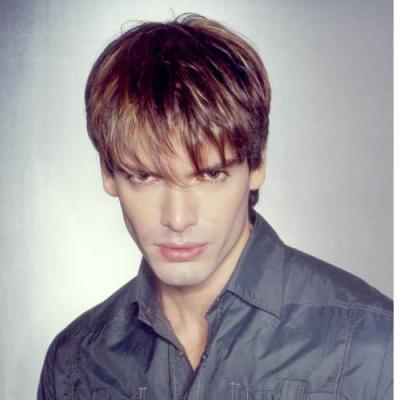 Species/Power: A human like Layne with power over the elements. His being fire.

Brief History: Never tried to control his power, he just used it, usually wanting it to go volatile when he did anyway. He was arrested for a series of arsons and sent to the school after he lit the juvenile prison on fire. He was 15.

Other info: He's a bit arrogant 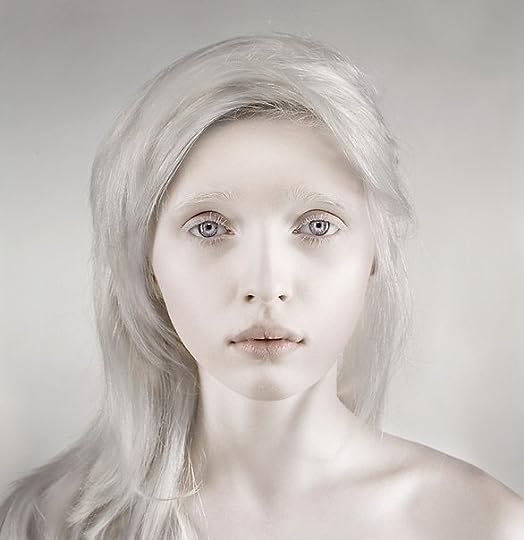 Species/power: Siren; Airen has a voice compared to that of a goddess. Her words are hypnotizing and can make a man her slave, and if she sings, anyone who hears her song becomes a slave to her, wanting to do her every bidding and falling in love with her to a point where they could get possessive and become aggressive for her attention or protective against other people she interacts with.

Brief history: Her father, of course, was her mother's slave-man. He did her every bidding and her mother liked the control. She was a wicked woman, but found herself inconvenienced when she discovered she was pregnant. As soon as the baby was out, she told her husband to dispose of the child. However, Airen possessed the same power as her mother, and even though she was too young to produce words, her cries still had an effect on the man. He ended up leaving her somewhere safe instead of killing her. She was later taken in by an orphanage and discovered how much control she had over the people in her lives once she learned to speak. She took a vow of silence out of fear of hurting people around her by accident, and only exercises her vocals by singing or speaking when she thinks no one is around.

Family members: Her mother and father, though she never knew them.

Other information: Her best friend when she was little committed suicide because she told him to leave her alone when she was sad, and her words so deeply impacted him that he thought she meant forever. 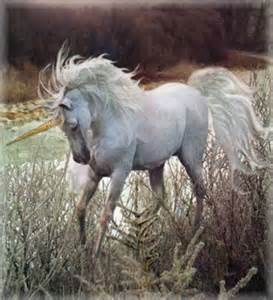 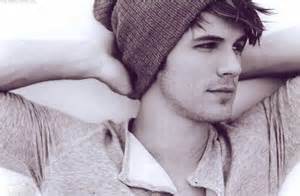 Species/power: Unicorn
- Heals people with his touch. Only sicknesses.
- Grants wishes. (Not like Genie/magical/anything wishes.) Wishes for the future or wishes of the heart.
- Incredibly strong and wild. Very willful and independant.
********** - Has a charmed bracelet that keeps him in a human form. It is a plain, thin metal band, welded to fit his wrist and never slip off. If badly damaged, broken, or taken off him he will change back to his real form. **********

Brief history: As a unicorn he wandered the forest, protecting everyone as a unicorn does. Then everything got smaller and smaller, and he found Rummy. After a little while, as creatures ran from the forest and there wasn't much left to protect, he called out to anyone who could hear him inside Rummy, and asked to be protected in there. He did not want to be hunted in the smaller forest. In exchange for staying at Rummy he had to take a human form, and learn how to be human. He became a student. At first it was difficult, and it took less than a year for him to control his strength and interfering abilities, and love for girls. He still works on it. As a human he was given the name Rylan Aster, he didn't have a name as a unicorn.

Other information:
- Leonardo da Vinci said this about Unicorns: "The unicorn, through its intemperance and not knowing how to control itself, for the love it bears to fair maidens forgets its ferocity and wildness; and laying aside all fear it will go up to a seated damsel and go to sleep in her lap, and thus the hunters take it."
- Obviously, by the quote, Rylan adores only maidens. He likes to fall asleep near them, or as a unicorn, lay in their lap and fall asleep. Sometimes flirt. Just a lot. He hates males, even as a friend or classmate. Unicorn thing.
- He abandoned the forest and the creatures still left in it, and has grown to like being human more than a Unicorn.
- He can't kiss girls and can't be kissed. He becomes possessive of that girl over all others. It's not real love, he just needs to be snapped out of it. He gets dangerous and completely obsessed. He won't sleep or eat or drink when this happens, because he's in a trance. Usually medicines or spells will work, or a good beating.