So can you make your character first?
Also, do you want a plot or just to make it up as we go along?

Sure thing, can you start?

Celia was in the book store, she searched up and down to find a good and interesting book.
She had spare time on her hands since she had dropped out of collage. It wasn't for her.

Celia finally found the book she had been wanting, but she was too focused in the book that she didn't realise where she was going.
Suddenly she bumped into someone, dropping her book and banging her shoulder into the strangers.

Celia looked to the man and then dismissed his apology," No, it's fine. I wasn't looking either". She smiled slightly and then quickly asked," Do you come here a lot? I've never seen you around".

Celia laughed to herself slightly, she pushed back a strand of her red hair and then smiled," Oh, right". Of course he wouldn't visit this place much, look at him.

((Tell me about it? Do we want something supernatural or realistic?)) 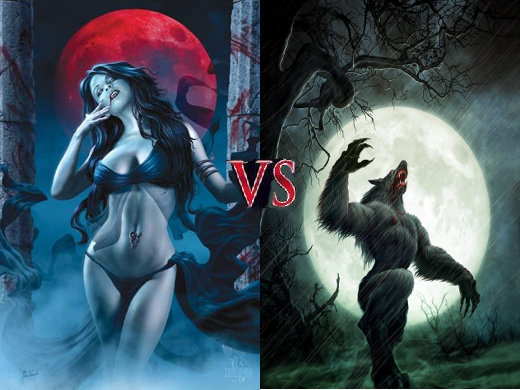 There is a war between Vampires and Werewolves that's been going on since the begginning of time and it is absolutely forbidden for a vampire and werewolf to have romantic relationships with one another. But chance brings the two species together. The woman a vampire the male a werewolf but they are brought together in the strangest way because the male is one of the main generals of this war and the girl is pretending to be a man so she could fight against her own kind to get her revenge. She keeps her gender a secret and her blood feedings a secret but one night when a battle is over she pretends that she's not hurt and unravels her cloth that covered her breasts. The Werewolf happens to see that she is a woman and ends up falling in love with her because he hadn't seen a woman in so long. He ends up sleeping with her and finding out that she's a vampire. This doesn't change his feelings for her but now that he knows she's a woman and a vampire how will they be able to keep the secret? 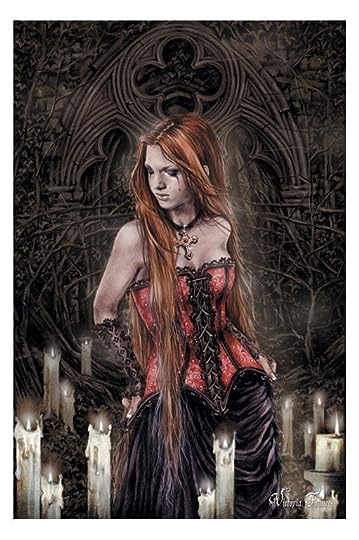 Should we just get started or should I make a brief character profile?

reply | flag *
message 17: by [deleted user] (new)
Jun 18, 2014 10:25AM
Victoria Frances was in the old Cathedral looking out the window and seeing the rain. She smiled to herself knowingly. She knew that the vampire Elite was searching for her because she was different and very strong for a vampire. She was a Moroi with elemental properties and was able to with stand the sun. If the vampire government had it their way they would lock her up. But in order to do that they'd have to find her first.

She had a plan and though this plan was seriously dangerous she decided to just go for it. She had bought somethings to wrap up her breasts and decided to dress like the men do in the werewolf army. Not only was she going to pose as a man but she was going to pose as a werewolf as well. How am I to ever pull this off? She asked herself as she looked at herself in the Cathedral bathroom mirror. She was going to need to cut her hair and not only that she was going to have to act,speak and walk like a man which seemed very easy until she tried to rehearse it.

This will never do. She thought and was thinking about giving herself up to the government and let them lock her up. Something hit her though. If I get close to one of the Werewolves or fall in love with him. I will be safer. She thought but all thoughts were brushed aside once she was done with her hair. I don't look that bad like this. She thought and walked out of the Cathedral.

Heading to the recruitment camp she started to realize that she was definitely going to have to set up her tent a little ways away from the camp because obviously she didn't want to be discovered as a woman or a vampire. She kind have figured that the werewolves all had to hate Vampires for a reason.

((I'm sorry, but I really don't know what my character should be doing? :S))

His mind was itching with stress and difficulty, he had to pick recruits and he had to be general. Alister had to make sure that he was able to be an inspiration for these men who stood in the camp and were going through recruitment.

Alister got up from his bed in his tent, his army boots stomping on the ground as he moved towards the table that stood before him. There was food, but he had no appetite on him right now, food simply made him even more stressed and sickened him even. He let out a big sigh and let his hand move towards his head, scratching and also running his fingers through his hair to push it back slightly.

"Sir, the new recruits are here".
Alister simply nodded, it was time to see who was joining this movement now. He was known to be quite a liberal general, but when push came to shove he wasn't the one to mess around with.
He walked out of his tent and placed his hands behind his back as he looked over the faces of the new recruits, he couldn't deny them the right to join. This was werewolf central, and they had a right to stand against those blood thirsty vampires who thought they could be the dominant species.
"So, these are the new recruits?", he stated, blunt yet emotionless.

((It definitely hasn't. Do you want to continue or would you like to make another one or not? I like how detailed you are))

reply | flag *
message 26: by [deleted user] (new)
Mar 29, 2015 10:05AM
Victoria was itching with nervousness as she got closer to the camp. Maybe this won't be so bad. She thought as she continued to walk with all the other men.Hopefully it's not required to shift. She hoped and was thinking of her excuse not to shift.

"Name?" The guy at the registry table asked her looking at how strange this man looked to him.

Victoria cleared her throat like a man and said,"My name is Victor Frances." She hoped in her heart that the name would work. "Go ahead with the other men Victor." He said to Victoria pointing out where she needed to be.

Alister walked down the line of recruits, observing each and every one of them, and there were a lot. He wanted to show them that he was boss around here, he knew that werewolves could get a little bit roudy if they didn't understand who was boss.

He gave them all eye contact, showing fearlessness and strength. Finally he stood before them and barked," If you are here simply to kill vampires then you can leave". He gave them a moment and saw that no one moved," Because this movement, people here, we're here for freedom and we're here to get what we deserve!", he shouted. "You're not here to be careless! You're not here to simply spill blood and kill!". Alister knew that these wolves may have had a reason to be there, but vengeance was not something that made things better. He knew that, he had experienced that.

"You're late".
He looked towards a late comer, giving them a straight laced look for a while. Then he moved his eyes away from the person, and asked them," Why are you here?".

((It's you btw. Also, is your character pretending to be a boy?))

Victor's eyes widened when the General looked at her because she was late,"Sorry sir." She muttered in a manly voice as she thought of the reasons why she was here in a crowd of sweaty heated werewolf men. They all seemed to really hate vampires which was fine by her because she hated her own kind for being how they were.