There should be no spaces, and no quotations in between sections.

Make sure there are only two blank lines under SOFIA

There is something funky going on with the pet appearance.

something a little funky with the regular appearance too....did you format the size?

Quidditch:
• You need to apply for Quidditch and student positions.

I'm gonna take a break to go get some food. Speaking of food, I hope my comments give you some food for thought in the meantime!

-"'So, let me get this straight; You brought your own Phoenix feather?' Mr. Ollivander asked, perking an eyebrow." | "You" should not be capitalized.

-"Inches" should be capitalized in the wand length.

-For the position, simply put "Student".

Let us know once you have edited, please. Otherwise we don't know.

Background: The p of "Physiologist" should not be capitalized.

Wand Description: "jumping up and down. 'Mr. Ollivander looked" | There's a weird apostrophe in front of "Mr."

This is formatted funny. Did you do anything to format it? The only thing needed to embed it is <.img src="link"/> without the period.

Formatting of photo is still weird.

Think this pic is better: 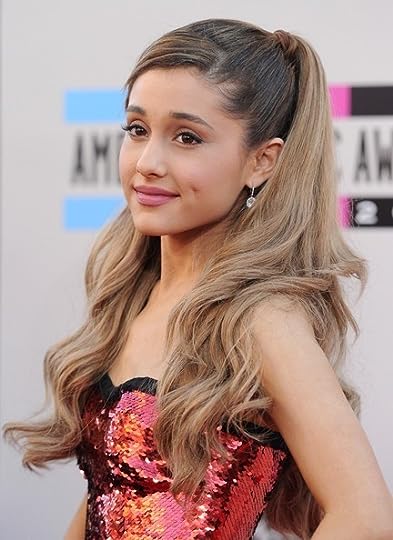 Gosh, you're right! I didn't notice that. :/ Hipster, she's too famous, sorry.

She's famous. And we decided that famous faces are a no-no.

I don't believe she is famous. I'll let Sarah make the final ruling on that, but I think that picture is a pretty safe bet.

Background: Spell out all numbers please.

Relations: "age" should be capitalized.

Pet Age: "2 years" should be '2' | Also with that, most people get their pet before their first year, so he should maybe be older.


Why is the pet so young? Did she not get him before/for her first year?

Background should be one paragraph (squish it together, is all).

Why...? If you could include a reason, that would be great.

Yeah sure, not a problem.

"Chessur is a small all black cat. He has dark blue eyes as well. Due to Sofia's constant bathing he has soft fur as well. He is very adorable and shy, and hides from people behind Sofia herself. Only when he really likes a person does he come out and let them see him."

For starters, you use "as well" three times within these five sentences. Generally speaking, I would recommend trying to avoid using the same word or phrase really close together. "Very" is also another word that is frequently unnecessary. Words have their own strength, so try to find a stronger word to replace the word "very" is modifying, and you won't need to use "very".

Okay, now let's look at this paragraph. The first two sentences are both describing Chessur's physical features. As such, they are easily combined. For example, "Chessur is a small black cat with dark blue eyes." Concise and to the point. "All-black" is unnecessary, because you tell us that he is black, and unless you tell us that he has other colors on him, we will assume that he is, indeed, solely black.

The next sentence, "Due to Sofia's constant bathing he has soft fur as well." Again, "as well" is not needed. (That phrase is rarely truly needed in writing.) As it stands right now, the person who is constantly bathing is Sofia, not Chessur. Play with this sentence. Language is meant to be played with, it demands to be plated with.

"He is very adorable and shy, and hides from people behind Sofia herself." Unnecessary words: "very", "herself". "And" is used twice in this sentence. Play with this!

In the last sentence, "and let them see him" is not needed.

Better, definitely! A few issues still, but definitely improved! I just noticed something in Relations. With her parents, the "Was a" is not needed.

"Chessur is a small black cat with dark blue eyes and due to Sofia's constant bathing he has soft fur. He is very adorable, but he's shy and tends to hide from people behind Sofia herself. Only when he really likes a person does he come out."

The first sentence should be too sentences. The "very" and "herself in the second sentence aren't needed. The last sentence is missing an ending, it feels like. "...does he come out" and what?