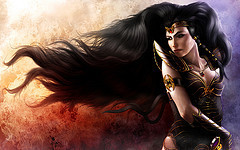 Background: Inherited the throne after her father was assassinated when she was 30 (killer still at large), she believed he was murdered because he was too cruel so she has decided to be the opposite (although ruthlessness by proxy is not unheard of by her)

Personality: lonely, charismatic, strong-willed, & rumored that her unlimited kindness is only matched by her insatiable lust.

Relationships: Has trust issues except for 2 people, her loyal knight of the Queens guard Guspard Laranche - 'The Silver Sword of the Dawn' - One of her fathers kings guard at the unheard of age of 19. The other is 86, a woman that's been in her life since infancy but looks younger. Her grandmother said not to fear & show courage to see 8's loyalty. She has only fond memories no matter the fear or rumors. When her father was killed, she helped make her feel comfortable ruling & on the throne. After the 1st year 86 compared Victoria to her grandmother, who was an idol.

Rank: She has learned a little of all aspects of rule from politics to healing to poisoning. Although she openly shows her skills at public speaking, good will, & healing.

Other: Her elite queens guard give up a life of money, land, & pledge an oath of chastity to only her. Although she rules, her people are what she calls her "liberos adduxerunt." 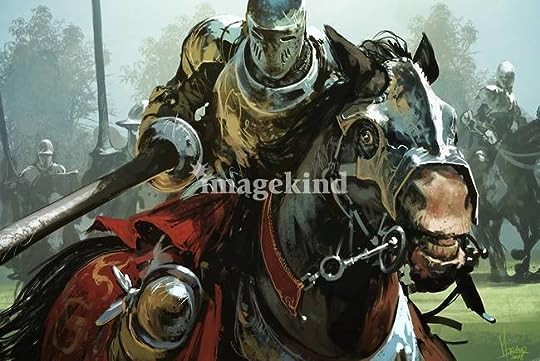 Background: Knighted kingsguard at 19 (youngest in history), was delivering a personal message in another country when his king was assassinated. He is now fanatically protective of Victoria who he calls 'Dee' when not in court in brotherly affection.

Personality: Outwardly he is the definition of chivalry, but to protect his queen he knows NO BOUNDS.

Relationships: He has 2 close confidants, 86 & Sir Bronn of Dorne have been with him since Dee's father, he truly trusts no one else entirely but those 2 & less publicly a ranger named Dorian for unknown reasons but will hunt & spend time with his friend even though he was not high born nor from Dee. He blames himself for the prior kings death. He knew Howl when young but has not spoken to him face to face in years. Has disavowed all land, title, family, & money to prove his loyalty (not all QG are as fanatic)

Rank: Knight, 1st Knight of Queendom's Dee elite guard - also has basic court etiquette & started off as a boy hunter caught killing the largest buck on the kings land with one bow shot, bringing him to the late kings eye.

Other: He is rumored to have a magical sword that will cut through anything. Seeing how his queen likes to avoid battle its tough to test the validity.

Age: Unknown - appears late Twenties, but truly can't be accurate due to her long standing appearance in the court.

Background: Eighty Six was born into slavery and raised from birth to train as a martial artist and assassin. Due to the secrecy of the sect who taught her martial style, as a requirement of the sect she has had her tongue removed. Though it is generally required all in her sect also be illiterate, she has secretly taught herself to read, though never writes anything. This has afforded her some skill in espionage as the illiteracy of her sect is well known. She has worked seemingly loyally for the Royal Family since before the King of Dee and it is held legend within the court that 86's loyalty was won by Victoria's Grandmother through unknown means. Her ageless body leaves many skeptical of this rumor and others in utter fear.

Personalty: Eight is often silent and emotionless, however she enjoys to read in secret and harbors an affinity to animals.

Relationships: 86 often does what she is told without argument or personal thought, however she has a strong bond with her horse and trusts the guidance of Guspard.

Other: 86 is believed to be ageless and thus a creature of magic. Due to her length at court and mysterious birth origins, it is hard to say if that is true. She secretly longs for answers to her origin and this is what led her to learn to read.

Name: The Knights working for Queen Dee number more than 1 person, this helps outline the basic make up of the banner Knights that have pledged fealty for queen Victoria

General Info - knights that serve Dee & specifically Guspard's 2nd in command of all the knights including the elite queensguard, he's been eligible for the position a few times, chooses to have time to spend with family. He knows what queensguard knights must outwardly give up & he is not willing to forget his family responsibilities to join the Q.G. He is married & has a couple kids (prob main reason why there are not many knights titled 'Queensguard'), the main advantage is extra respect but that can be earned in many ways. 86 is known for her opinions, judging, &/or 'vetting' future knights & has veto power to deny a knight from serving or continued service of all that serve including Queensguard or career knights within the army.

NAME: Sir Bronn of Dorne "OX" is a high level leader of all Queendom of Dee knights with many bannermen to help organize

Age: Average knight in service for the queen is 18+ min. age.

Sir Bronn has 10 years of consecutive loyal service, never requesting more pay but getting it nonetheless. Most other soldiers have not served as long, but most knights that serve for 'Dee' have done it loyally. Bronn happens to be one of the longer career officers, he is of equal military skill level as a colonel - major judging by current army standards.

It is one base character trait for all knights that have or are currently serving queen Victoria, loyalty. The majority have multiple years experiencing serving the queen. 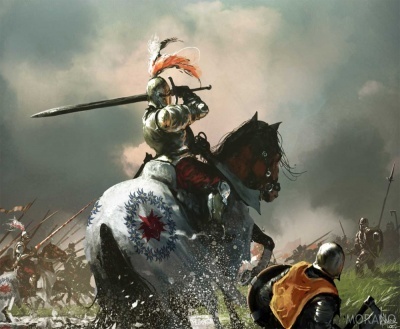 Weapons: He carries a two-handed sword & short sword that he uses together when it makes tactical sense. It will increase his fighting chances of he felt that would gain him an advantage in a fight.

Personalty: There is general known mild corruption but usually not involving loyalty issues

Background: Most knights enjoy working for the Kingdom of Dee although many go MERC after serving, any knight who is a sellsword cannot gain the same prestige ever again after leaving any guard group to get paid more money than is offered, but that doesn't destroy relationships, its just a given, most bannerman understand sellswords but believe in the oath of fealty if the family is a landowner or in rarer cases there are levels of devotion that differ in lifestyle's of those in the elite guard.

Bronn is proud & honored to be 2nd in command & has amicable & legendary love for Guspard's deeds fighting side by side with him for quite a long time & is amazed with his fighting ability & leadership. He is the type to immediately rat out a knight he believed questionable in reliability.

Bronn is usually found in the thick of the front lines

Other: Queen Dee has between 3-5 large families & banners of fealty at any given point during times war is a possibility.

Sir Bronn enjoys hunting down the enemies of his kingdom as well as sticking by his leaders & subordinates to ensure he has the favor of knights he commands. He is not comfortable being around 86 except during suggestions regarding any of his men at arms, he thinks she's 'creepy.'

- addendum: I communicate with hand language I was taught by the royal family.


((that should make it a little less confusing when it comes to communicating, and we can do it in secret since its a secret language from the royal family))

** Made edits on people left TBA or relationships not written yet

((Good idea, we should update the characters as we progress and build there personalities.)) 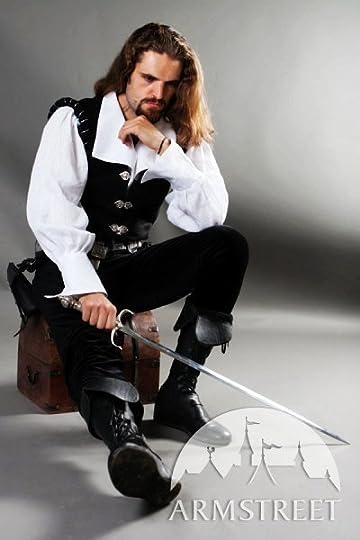 Background: Jackson is of noble birth but his family was removed from nobility because of his father's transgressions. Which were kept from his family. Jackson does still own some lands but very few and his trading business is going down hill.

Other: He is conspiring with leaders of both Lux and Dee.