Mod
So everyone knows the legend of Pandora, the girl who opened a jar and unleashed the evil's on the world. Or so the legend goes. Well that's what this RP is. Pandora's Box has been opened once more and all hell has literally broken loose and the world has been filled with the creatures of nightmares.

It's ten years after the opening of her box so humanity has collapsed. There are different settlements and even some cities but humans are becoming scarce as they struggle to survive. Especially now that there are other species trying to make earth their home.

Okay there are many different creatures but only about half are useable as characters. Keep in mind that no species can become another. Like if a human is bit by a werewolf they won't turn into one it'll just hurt a lot.

Useable Characters
These are the races that can actually speak and communicate with each other.

Humans (A dying race)
Vampires (Survive off the blood of other species)
Werewolves (large Half man half dog creatures; no turning from one to another)
Goblins (Small creatures that live in tribes)
Elves (Most human like creature but stick to themselves)
Angels (Human like creatures with wings)
Mermens (Humanoid people that live in water but can come on land)
Nymphs (Humanoid people that are one with forests)
Orcs (Vicious war people who live in tribes)

Unusable Characters
These races only kill and can't communicate.

Can I be half-elven?

Mod
Though I'm not sure if the other half could be human due to the fact elves have only been out of the box so to speak for ten years...

Mod
What, there's no humans that are monsters? Think of hitler :P I'm sure he was in nightmares.

So is that a yay or nay? Maybe Elves were around but on the DL, or else I gotta change my character

Mod
Sure but he was not on earth. He's from the same place as all the other Elves. From Pandora's Box. Humans could be there too.

Could I join in or is this rp too far ahead?

One question.... Is everyone at a village? What type of settlement is it, and the surroundings? Forest/fields?

Mod
At the moment.

And a forest one side and a field on the other.

can i be an werewolf-vampire hybrid?

Mod
Also long as you remember that werewolves don't change their appearance so you couldn't.

Mod
As in they only have one appearance.

an werewolf-vampire hybrid have two forms: An human form and their hybrid form

You could use an illusionary spell/charm that makes them appear human to others, but I think in this rp the mods don't want changelings/transformation characters.

I think it's a neat idea though! I'm looking forward to what you end up doing!!

Question: For the werewolf species, does it have to be a wolf? Or can it be anything "were"? Like a Werebat or Werecrocodile, etc...

Mod
No it doesn't. But remember they do not transform. If it's a bear it always looks like a bear. It does not look human then turn into a monster.

I know. :} Does this picture work okay? I'm going to make a Werebird... Not sure specific species yet, but she will have wings, bird legs/feet, talons/claws, and all that feathery jazz. 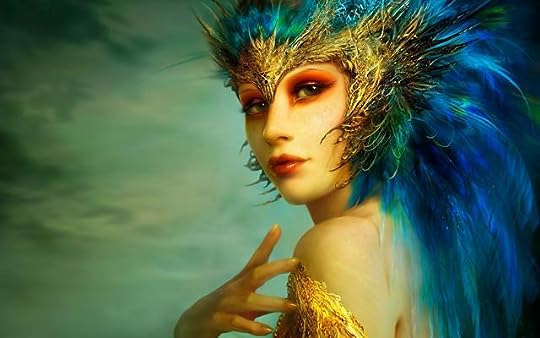 Should I have my Werebird already be a part of Hope, or should I introduce her as a stranger who would gradually be accepted into Hope?

Phewy..... you were supposed to make this choice easy. :P

I'm thinking she'll already be in Hope, but not fully trusted since she is still a creature of Pandora's Box. I'll find the list of types of people needed in Hope, and build the profile tomorrow.

I would like to be an elf, if that is ok? I do have a character in mind. Please be patient with me because I'm new to this site but not new to rp.

Mod
There is a list in the above comments of acceptable character spieces/races. Elves are acceptable. :)

K and thank you. I will get a character made as soon as I can.