Mod
Fallens are not allowed in heaven. No one knows why. No one knows what kicked them out. They only know that after their deed(Sometimes immediately after, sometimes up to a few hours, sometimes after their decision to do said deed) They lost their Light and fell. Some try to return to Heaven by redeeming themselves, some give up on it and join the Demons.

Bounds are the complete opposite. They are Demons who have been shunned by their fellow demons. And they usually help out angels.

Name:
Age:
Real Age:
Appearance:
Mortal Appearance:
Personality:
Realm of Residence:
Affinity: (This is what they used to be. I don't know if that matters yet.)
Background: (Can be two words to two pages.)
Special: (Powers, skills, weapons. All Fallen/Bound can turn invisible and have a set of tainted powers.)
Misdeed: (This is what kept them out of heaven, or in the case of the Bound, what separates them from the Demons)
Other: 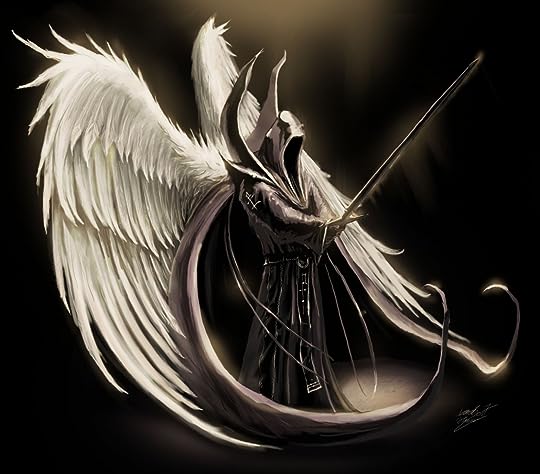 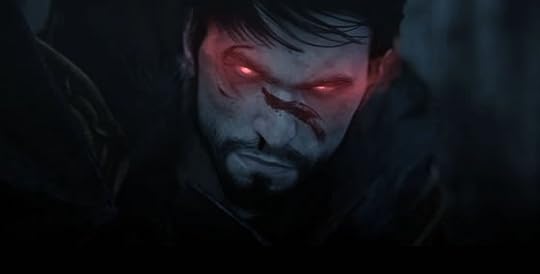 Personality: Due to his crossbreed heritage Jackie distrust everyone. He doesn't care about humans or angels, just chaos. Though most of the time he is lazy, he has been known to have a volatile temper.

Background: Jackie has lived his entire life on earth. He has been in most of the wars in the last century. He currently hunts angels and demons as a bounty hunter/assassin.

Special: Has the power to turn into a shadow and an extremely good sense of smell even for a demon.

Other: A crossbreed between a demon and an angel.

Name: Jacobae Casterfiell (Jacob to his family, but will go by Bae among demon circles in the future)
Age: 23
Real Age: 23
Appearance: (Doesn't know about his "real Fallen form" yet. Or about angels/demons being real on earth. Has grey~ish skin because he's a Fallen). 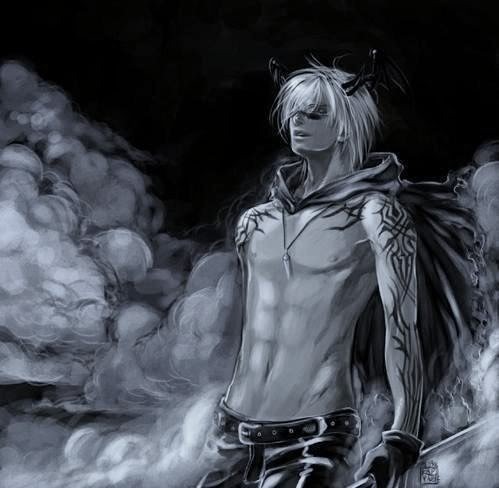 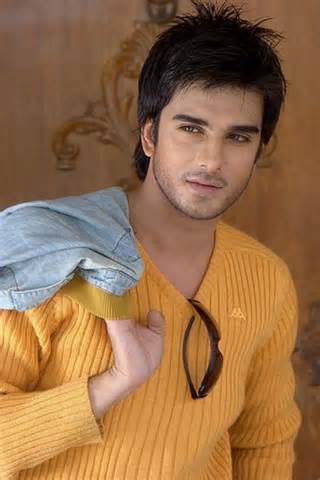 Personality: Firm in his beliefs, knows where he stands. Likes to think about things before he acts, and is a quick, realistic thinker. Yet he is open to exploring. His spirit is based on the power of the mind, and how the mind uses the sword and pen in a balance. Child-like, not childish, playful and willing to break rules, take risks as opportunities, and defy those who get in his way.
Realm of Residence: Earth.
Affinity: Doesn't know yet, even about being a Fallen.
Background: His parents were angels who had commited a great sin and also fell in love. Due to their sins and love they were made Fallen. They had two children, twins: Jacobae and Grigori. Jacob had wings when he was born, but they deteriorated after an angel came to remove them when he was 4. He remembers his wings, faintly, but as a dream. He became enthralled with wings, of birds, angels, demons, gargoyles, mythical creatures.

He had always felt something had been stolen from him. So, with wings in his subconscious, he went to find what had been taken. Friends. Girlfriends at an early age. Everything social he delved into and excelled at. He was popular. He had it all. That wasn't it. At the age of 12 he did a 180 and became so bipolar that his parents spent hours doing theraputic talks with him. They mainly talked. Jacob was done with the pen. Words. Friends. They had failed him, so he simply didn't need them anymore.

Unknowingly he moved onto the sword. His parents suggested he got outside, go on runs, climb trees. Jacob found he liked being outside. He excersised his little heart out. He grew stronger, tougher, more agile, quicker. Then he started to get into fights. He doesn't remember how they began or ended, but the thrill of moving with purpose, having an advisary, it caught him. More therapy with his parents. At the age of 15 he realized fighting meaningless fights with meaningless people didn't benefit him. He abandoned the sword.

Teachers ignored him, kids only wondered, his parents talked. Jacob went through two years of being mute. Completely silent. One night at 15 he started thinking, and kept on for two years. Just thinking. Grigori was the only one who could sit comfortably and listen to Jacob's silence. Grigori was the one who found Jacob's old wing drawings. Grigori sat down on the couch across the living room and drew Jacob with wings. After showing Jacob, Jacob frowned deeply and took the notepad, and showed Grigori how to REALLY draw. He muttered "you are awful at drawing", and at this age of 17 he started to balance his life out. (Yay!)

Jacob goes to college with Grigori at a community college. He's in love with Grigori's girlfriend, Evelyn, but will never act upon it because Grigori is his only true friend and his brother.
Special:
- Invisability is a given. When invisable he is only hidden from sight, he can't go through matter or any of that sort.
- Has a sort of empathy, feels emotions emitted from those around him. Depending on the strength or type of emotion it can affect his own. This is annoying.
- Can enter dreams when he and another are asleep and close by. (Advanced->) He will eventually be able to enter people's thoughts when others are awake and he is in a medetative state. Along the road he will grow in this ability to create illusions in people's minds. All of this only works one at a time. If he implants an illusion in someone and leaves their mind, they can disassemble the illusion. Whilst an illusion occurs the person can either fight back with their own mental whateverness or come to realize it's an illusion and let themselves relax. The highest point in this ability is that Jacob might be able to retrieve memories from people. Although when he does this he just lives through memories, but the person does at the same time. So the person knows what he sees, and they can fight back to hide their memories. Unless his willpower is stronger.
Misdeed: Since he hasn't really done wrong, he was born a Fallen (technically not even), when he figures everything out he will want to return to Heaven as a fully fledged Angel, no misdeeds on his record, as though he were never a Fallen.
Other:
- Favorite food is mangos. Obsessed with them when in Fallen form. Completely addicted.
- Likes fluffy things. Wings. Pillows. Pets. Pillow Pets. Teddy bears from childhood. The usual stuff.
- Because he is a "Fallen Angel", he doesn't dream when he sleeps. But it's not the "close eyes - open eyes" type of sleep. His spirit half leaves his body to wander in the state of Between, where dreamers go. That's when he can enter dreams. For way of visual, the Between will be described as a black, empty space with no sky or ground. Dreams are little foot-in-diameter orbs floating around. (Like a Alice in Wonderland, creepy, no-logic, just-exists land.) This is how he enters dreams, or minds. Just enters an orb of thought. He currently isn't aware he can enter, or even manipulate, anything.
- Large fires make him irrational. Wind or a breeze makes him uneasy and moody. Physical contact really ticks him off (trust thing), even a hand on the shoulder. Absolutely despises crowds. They scare him, and also the empathy deal gets him good in crowds.

Mortal Appearance: http://1.bp.blogspot.com/-g21m40mRq-I...
Personality:Childish, stubborn, cocky, loves to be around people and flirty.
Realm of Residence:earth
Affinity: (This is what they used to be. I don't know if that matters yet.)Fallen
Background: (Can be two words to two pages.)To be rped
Special: (Powers, skills, weapons. All Fallen/Bound can turn invisible and have a set of tainted powers.) Can turn female though can't controll it.
Misdeed: (This is what kept them out of heaven, or in the case of the Bound, what separates them from the Demons) He was tired of heaven so he wanted ti controll it;rule it. He wanted to open the gates to hell and let the creautures of Satan pour unto heaven. He got very close to doing so, though he was stopped. He still yearns to finish what he started even if that means ruling earth first.
Other: gay;openly