Name: Ochosi Adilet Bos
God: Ochosi
» Powers: He has the ability to tell when people are lying. He also has power over forests.
Gender: Male
Actual Age: Between 2200 and 2600
» Appears: 29
Appearance: 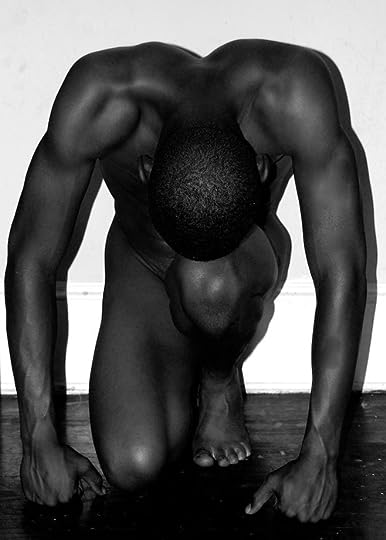 Description: Ochosi prefers to live by himself at the edge of the forest, but he is willing to come out to serve justice where it is due. He is very skilled at finding prey (animal or otherwise) and tracking, and has great skill as an archer. An excellent hunter, he intuitively finds his way among forests and jungles where others may soon themselves lost. He is always barefoot, preferring to be connected to the ground beneath him. Naturally, he has both high moral and ethical standards, and will often help those mortals who choose to keep their integrity while trying to attain a goal. Freedom is very important to him. He is a tall man (6'6") with the lean build of a warrior or hunter. He has near-black skin and only slightly darker hair. His eyes are a deep brown capable of frighteningly intense gazes.
History: He is the son of Yemaya. As justice and freedom are important to him, he frequently affects events where those powers are threatened. He is one of three warrior Orishas known as the Ebora, the other two being Elegua and Ogun.
Combat: Being a hunter and a warrior, Ochosi knows his way around a fight. He is an unparalleled archer and is additionally skilled with the spear and machete.
Other: His favorite bird, though he knows them all, is the parrot. Ochosi is the Orisha (god) of the forest and of justice in the Yoruba religion.