Under The Sea {Advanced Roleplay} discussion

66 views
Information > About the Merfolks 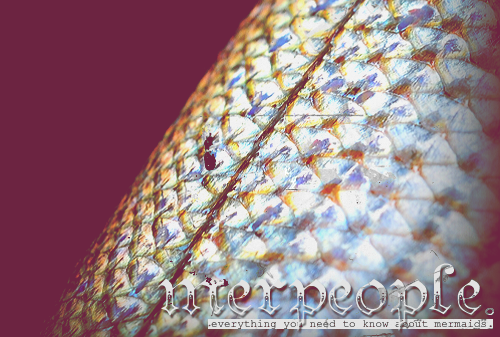 Throughout history, beneath the dark depths of the ocean have been two very different kingdoms, ruled by two very different kings. The first kingdom, Thera, can be found in the warmer waters of the Atlantic and is ruled by a lustful and gluttonous royal family. From this kingdom, the legends of merfolk being a seductive and dangerous people emerged. The other kingdom, Carenthia, can be found in the northern, cooler waters of the Pacific ocean and the merpeople there have inspired the legends of the peaceful merfolk, who save sailors lost at see and sing beautiful songs. This royal family has been kind and fair throughout time and those who reside there have come to adopt the same peaceful and endearing nature.

The two kingdoms of Thera and Carenthia have mainly tolerated one another throughout history, turning a blind eye to one another for thousands of years. The carefree and mischievous merpeople of the warm waters in the south mostly left the shier, more peaceful merpeople of the north alone. That was, until blood was shed one fateful day in the Indian Ocean, when a fight broke out between a group of young mermen nearly a decade ago. After that, one thing led to another, and a brutal war broke out between the two kingdoms. A brutal war that ended with Carenthia being over thrown by the greedy king of Thera. After that, the royal family and all those loyal to them were banished to live a life on land, only allowed in the ocean for very short periods of time during the day, mostly in the night when they can remain under the radar of humans. They can also not stray far from the island, for if they were caught by the Therian guards they would likely be killed on the spot. Though some chose to part ways with the royals and live elsewhere, many followed them to the small and unsuspecting Orcas Island to continue with their lives as quietly and as peacefully as possible.

However, Therian merpeople are intent on keeping the banished Carenthians in check, and recently the king of Thera has decided to send watchful eyes ashore to make sure the existence of the merfolk is kept a secret.

✧Merpeople have long, flowing tails, that come in many varying colors and translucent veil-like fins.

✧All merpeople have mesmorizing and undeniable beauty to humans, but it is most powerful when they are in their natural form. Some merpeople are more likely than others to use their beauty to their advantage than others.

✧They have captivating voices that humans typically find hard to resist, though they can not compel or hypnotize humans, merpeople can be very seductive and convincing creatures and some humans are more susceptible to their charm than others.

✧Humans and merpeople can fall in love, in fact it isn’t so uncommon. Merpeople are typically very romantic and have a soft spot for humans. A merperson and a human can reproduce, but the child will most definitely be a mermaid.

✧Mermaids live much longer than humans and age very gracefully. Five years in human years is equivalent to one year for a merperson.

✧Merpeople can only become impregnated and reproduce in their human form.

✧The tears of a merperson can heal any mortal wound.

✧They have a knack for languages and can pick them up shockingly quick. A merperson could become fluent in up to a dozen languages or more in their lifetime.

✧Merpeople living on land have generally adapted to the food there, but mainly stick to a simple vegetarian diet. They do not eat seafood.

✧They are telepathic toward one another, but their telepathy doesn’t work on humans.

✧Merpeople are able to switch to and from human form at will, however, one drop of saltwater on their skin will immediately change them back to their true form, unless they are wearing a pearl.

✧Pearls have a great amount of power to merfolk and most of them wear one on a ring.

✧A merperson’s pearl slows down their transformation process by hours, if they were to get wet, giving them enough time to dry the exposed skin if they do not wish to transform.

✧Though it’s possible for merpeople to survive on land, they constantly yearn for the sea and this stress can be very hard on them.

✧Merpeople try to keep the secret of their true nature from humans.

King's Adviser: Julian Cordova
Julian is very absorbed in his work, serious and a perfectionist at all times. He gets really flustered when he can't do his plotting and scheming right, and gets really mad if anyone disturbs him, even if it's his own children. Because he has detached himself from them a long time ago. No nonsense, absolutely.

Ladies:
- Kitty Cordova
As much as Kitty loves Thera, she retreated to Orcas to escape the constant battle between her oldest brother, Caspian, and her father, Julian, regarding their father's involvement with the king. Her father has made decisions that have alienated him from his children, including his unwavering faith in the king, especially after the war that claimed the lives of many young mermen. As much as it hurts Kitty, she can longer support Thera, in wake of the death of several of her friends.

Commoners:
- Coletta Black Reid
When Coletta was young she always had a strong and caring heart. She hated her kingdom and always wished she could have traded sides. But, when the war broke out something happened to Coletta, something that no one really knows. She changed. She was not the kind, caring mermaid she use to be. She is now a cold hearted killer. Always looking for her next victim.

Commoners:
- Pandora Edwards
Pandora has always loved her kingdom very much, but when the war between Carenthia and Thera came, her brother went to fight for their kingdom and he died in battle. Since then, Pandora hasn't been as active a member of her kingdom, preferring to stay out of their since it is so full of reminders of her dead brother.
- Coralie Kesera
Until Thera came along and ruined it all. In the blink of an eye it seemed, everything was taken from her. The Carenethians were forced out of their homes and onto land, much to Cora’s chagrin. She loved the water and her beautiful home. But on land at least there were new things to be learned. She missed her family and wishes there is a way to reclaim her kingdom. She will not give up until she has found a way to succeed. No more taking orders from Thera. No more being scared to claim what rightfully hers. No more sitting around doing nothing. It's time to fight back.

May I ask for a Carenthain Lady position for a character I am working on?

May I have an heir to the Thera Kingdom?

May I be a lady to the Thera Kingdom?

Also, I was wondering if it is ok for my mermaid to be born out of wedlock? A child of the king, but her mother was not married to him, but no one knows about it?

@Denver
Yeah that sounds fine! Just put it in her bio

Do our character need to be accepted first?

Yes, but I think Xandra accepted her.

Under The Sea {Advanced Roleplay}