Boy A is from a gang, and his brother is the leader. Boy B is in a rival gang from Boy A's gang. A problem and mission comes up, and Boy B's gang receives a request to kidnap either Boy A or his brother.. Certainly they take Boy A, after a while of him dodging them accidentally. Boy B treats Boy A rather badly, but finds out he is starting to develop feelings for the other boy.. And.. Things go on.

Well I'm rather bad at being girls.. So if actually prefer sticking to the plot because I can only be two people. Mostly boys.

Maybe you plus change it to find? Because my character also used a sword.. So I don't know.

{Name} Calcifer Tirant
{Nickname} Cal
{Age} 25
{Gender} Male
{Species}Human
{Family} Veronica(Mother), James(Father), Silas(Younger brother) and Talianna
{Personality} Calcifer is the oldest of three children who were brought up to understand trust is something earned not given. He's family oriented and very loyal to others who have been good to his family. He often trains with his little sister.
{Appearance} 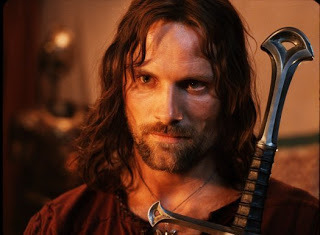 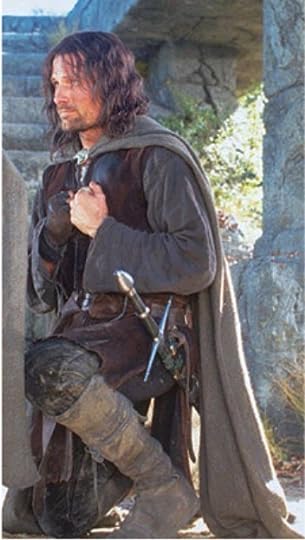 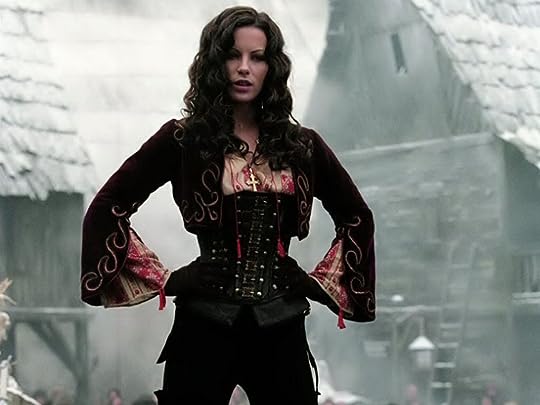 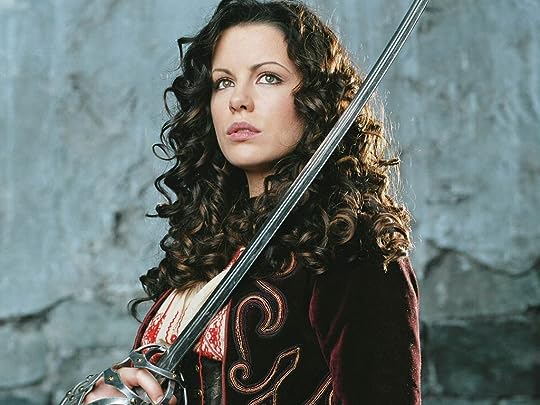 Had to edit them alot because I'm using these two in my Soul Eater rp. <<---- not the anime

My charries are anime....


[[ credits to dA artist. I practically typed in: Levy Mcgarden Genderbend.. And wheee... Levy's from FT by the way!! *skips away* lalalalaaaa..]] 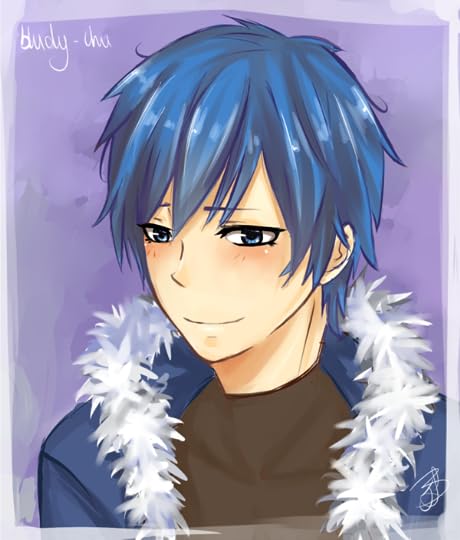 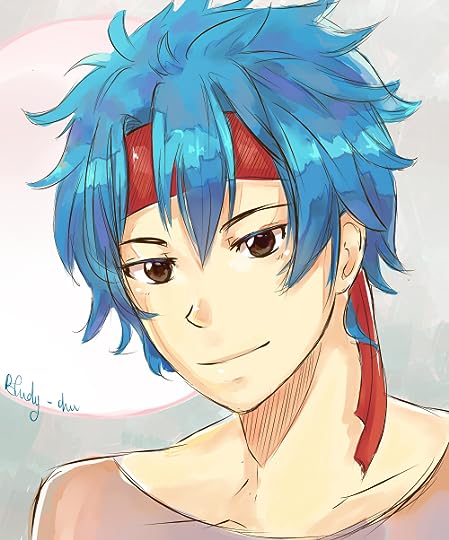 Personality: .. To be found through roleplay.

History: Levi has always been mistaken as a girl ever since he grew up. Due to his hair and his appearance, he became known as Levy to bullies and Levi to friends. His brother and he formed a gang at some point of their lives and after naming it Sapphirates UnisonRaid (yes, it is together without spacebars.) Levi became a better fighter and a rather valuable member to the gang. Other enemies soon learned that if they hurt either Levi or his brother, pretty much the entire UnisonRaid gang would attack.. And they'd go back with so much injuries. 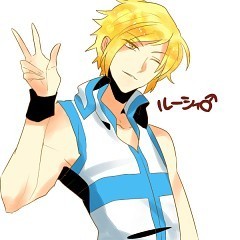 Gang information: Members of UnisonRaid have to have any coloured wristband that is always on their right wrist. Any single colour. The way to identify their two leaders is by the blue hair and the blond hair as they are the only people with those hair colours. Their weapons are concealed in a genius way. Their own wristband can become a weapon, should they have stashed any small knives in it, or as what Levi uses, a violin bow, yes, a violin bow with a sword inside. Ingeniously, Lui's weapon is simply his mind. He is the strategist of the gang along with some others.

So does Lui end up liking Talia?

Actually.. I thought this would be a Yaoi thing... So Lui is just like a side character.

Levi calmly walked along the street, his weapon in a poster case slung on his back like a quiver. He was on an errand for his brother, and he had to retrieve a stolen item from their base.

"Levi, think you can take back what's ours?" Lui had asked with a grin. Levi had accepted the task without blinking an eye and now he approached the location where it had been last seen.

Talianna Tirant was the sly little theif from the Tirant's. What she had stolen was this precious sword that she now carried sheathed aroun her waste. This was meant to be a set up to lure one of the nieve men of Unison Raid to their territory so that her brothers may kidnapp the boy.

Calcifer Tirant waited very patiently with a canvas bag ready to put over the kids head once he was in the territory he was so easy to kidnap or eliminate.

Levi was on the alert with his own weapon with him. Set to look like a mere violin's bow, he found himself wandering into enemy territory. Unaware of what his actions could cause him, he focused on the task of retrieving the item and returning to base.

Upon seeing darkness, Levi cursed himself for not being that alert and he began to fight whoever had covered his head.

Levi stopped struggling, going limp. After his second last mission he had gotten injured and it appeared Calcifer had hit the direct wound by accident.

reply | flag *
message 26: by [deleted user] (new)
Nov 26, 2013 06:57PM
Calcifer without a second thought carried the boy to his home where he would be captive. He was very pleased with himself until he was nice enough to check for a bruise in the area he hit with his hilt. When he saw an untended wound he set forth to clean it and stich it up. He didn't understand why he was being so generous to someone he clearly didn't know about or even know his face. Thinking cunningly he made sure strip Levi of any weapon he may have.

Levi woke up slowly, blinking once and he still couldn't get a hang of whatever had just happened to him. His hand sub-consciously went to his side, as if looking for his weapon and to his dismay, it was gone. Panicking, he tried to find it but he couldn't and he felt stupid. His previously bleeding wound was not bleeding, and to his surprise, it was stitched up.

reply | flag *
message 28: by [deleted user] (new)
Nov 26, 2013 10:35PM
Calcifer started to laugh seeing that the kid was finally awake and reacting the exact way that he had expected him to. "It's about time you woke up." He said making his existence known and took the canvas bag off of the kids head so he could actually look him in the eye. "What gives you the slightest right to be invading my neighborhood?" He asked already knowing that the kid was going to say something or other about a bow to a violin was stolen from under his leaders nose.

Levi's eyes burned a little from the lights and he blinked to clear the splotches in his vision. "Your neighbourhood?" Levi raised an eyebrow, because he knew that he had possibly strayed into enemy territory and gotten captured. This was terrible.. "To retrieve something." He said, purposely not saying anything about the weapon. His hand itched to feel the familiar violin bow and he almost reached for it before remembering that it was gone.

reply | flag *
message 30: by [deleted user] (new)
Nov 27, 2013 11:53AM
Calcifer laughed looking down at the kid. "Looking for a weapon?" He asked with a chuckle. "Good luck getting it back because you're the our lure to get your gang here. Don't worry we're not going to fight. I need to talk with your leader." He said knealing down to look him right in the eyes.

Levi wondered if Lui would even go after him. Would his brother even realize he was gone? "Well bad luck for you then." Levi grinned a little. "Lui won't come." He added at last, knowing it was true.

"Convince him? How?" Levi asked curiously wanting to know how exactly would they convince his uncaring brother.

Levi stayed silent after that, playing with his fingers since there was perhaps nothing else to do.

Levi refused to reveal his name to another person and he pretended not to hear what the older boy had just said.

Levi straightened up, sighing at how odd the room seemed. It looked like a room to kill ghosts.

reply | flag *
message 42: by [deleted user] (new)
Dec 06, 2013 12:08PM
Talianna came walking into the room to find Levi sitting there looking around and quickly heard the subtle but loud grumble of his stomach. "You're very lucky that I brought you something because my brother wanted to leave you to starve."

"What did I even do to him to make him grumpy?" Levi sighed, nodding his thanks to Talianna. Honestly he just wanted to get out and go back to the gang HQ where he felt safe.

"Oh..." Was all Levi could say for he was a little confused at the answer from the lady in front of him.

'I'm not the only one' Levi thought suddenly and didn't respond to what Talianna had just said.