lol okie i'll keep that in mind then
okie well my idea is pretty basic and simple, mainly because those are easier to play around with

i'm sort of really into kpop, and if you don't know what kpop is, it basically stands for korean pop
don't judge me ;-;
so in kpop, there are large companies that basically train groups in hopes that they'll become really famous once they debut
however, the singers/dancers within the groups are on a very strict schedule and sometimes aren't allowed to date while they are still under contract with the entertainment company

i was thinking about having a girl group who are trying to make it big internationally. they could be a popish band, always trying to do their best but they don't become instant stars like most other bands. i was sort of wanting to do a rp that focuses on their life-- the ups and downs in the entertainment business, trying to keep relationships secret from the public and from their company, etc. drama stuffs.

idk
now that i state it all like this, i sort of realize it could turn out to be dumb...........and boring x.x
sorry
that's the only idea i have
if you have anything, feel free to tell me and bash this idea to the ground

well it doesn't necessarily have to be focused on kpop. :) it can just be a normal girl group trying to make it big, but to keep their wholesome image or whatever, the company their signed under doesn't want them dating or doing anything risky??????? idk. YOU CAN DECIDE
i fail at ideas.
so
yea

reply | flag *
message 8: by [deleted user] (new)
Nov 24, 2013 09:19PM
Hahaha no you do not fail at ideas. And you're not being weird. You love something, and you are expressing your love for it. Not weird at all lol. Umm, okay. (I'm still trying to figure something out) One of us can have a character from the girls' group and the other can have a character from a guys group. Relonships aren't allowed but once our characters meet, they can't help but want to be together. Is that what you're saying?

^^" awe you're so sweet. just give it time, you'll come to realize how weird i am eventually. let's pretend i didn't say that
well sort of, but i figured we'd rp the lives of all the girls in the group. so say there are four girls in total in the group, you'd rp two and i'd rp the other two
just rp their lives, the conflicts in them and so on?
but i also like what you thought of :3
that sounds like it would be fun too if you didn't want to rp too many charries

Well I don't want to make it hard for you D: which scenario would you prefer? It's all up to you :)

Sure! ^_^ seriously I don't mind it. Now for the tough question, would you like to be the girl or the guy? :) lol

um before this gets confusing

lets see if it's my lucky number after all

:P i was off by ten
damn
oh well
xD i'll go ahead and make the guy then

my fav numbah is.....13
just because
13 is cool
it might not be my lucky numbah but i love it anyways xD 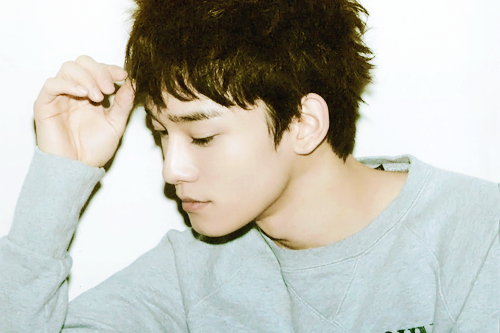 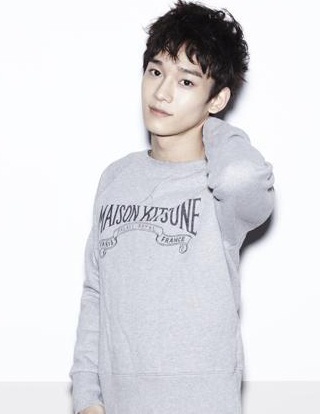 [Persona/Bio] Henry was adopted when he was a mere baby, and he knows it. He didn't exactly need his parents to tell him that since he figured it out when he was about five years old --the difference in skin color sort of tipped him off. However Henry never cared about it since he knew his parents loved him, and he loved them. Being raised in a cheerful and honest environment made Henry into a cheerful and honest guy. There was never any secrets between him and his parents, so it's hard for him to lie to people, which is technically a good thing, but it has caused a few problems in school for him. Never really being the popular guy, Henry often joined clubs in hopes of making a few friends. It wasn't until Henry joined choir that he found out where he truly belonged --and finally made some friends. It wasn't long before he and a few friends started up a band, and he became the lead singer for the band.
[Other]

(Oh, just a heads up-- my family and I driving down to visit some relatives for Thanksgiving, so I won't be on a ton to reply/post/etc, but I'll try whenever I can. My cell phone has unlimited data so I'll be checking in when I can ~.~ as long as it doesn't crap out on me) 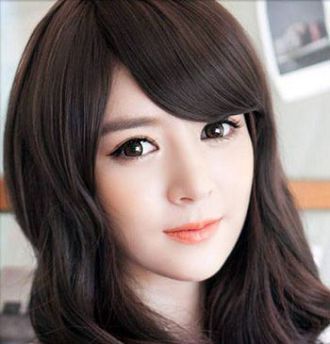 Personality:
Laylie is bubbly and funny. She enjoys listening to famous comedians on Iheartradio and Pandora radio. She's smart and had the opportunity to go to Harvard. She tries to make time for friends and family because both are incredibly important to her. She doesn't really party. She has never been one of those teens to rebel or do anything wild.

History:
Laylie grew up with her parents in Korea for five years of her life, moved down to southern Alabama for about five more years, and then back up to Korea. She speaks both Korean and redneck(view spoiler)[(jk hehehe. I'm from Alabama. We're not that bad, but I love to put stuff like this for my charries.) (hide spoiler)]. While living in Alabama, Laylie picked up a guitar and learned how to play along with the piano and drums. Singing was not her best quality, but she became the lead singer of her first band, Lay 'Em Down. When she moved back to Korea, she joined a band called Mash-Kick Starter Pack. She became the guitarist.