Name: Adeline Sage Agnès
Gender: Female
Blood: Half-Blood
Age: 16
» Birthday: May 22
House: Hufflepuff
» Year: 6
» Quidditch: N/A
» Position: Student
Wand:
» Wood: Pine
» Core: Winged Horse Feather and Cherub Hair
» Length: 14 Inches
» Flexibility: Inflexible
» Description: Adeline headed into Mr. Ollivander's shop on her fourteenth birthday with her head held high, and a buzz in her veins. The day was upon her—the day she would finally receive her first wand. Up until then she had been using a hand-me-down wand of Alice's, her elder sister. She was excited to finally be able to wield her own from now on, and apparently her perfect wand match was eager to choose her as well. Mr. Ollivander picked the long, slim wand and it zoomed straight toward Adeline. Letting out a gasp of surprise, she held her hand out, where it laid in her palm, begging to be used. A jolt of magic surged from the polished tip, but nothing, surprisingly, was damaged or set on fire. The graceful wand was attracted to Adeline because of her independence and creativity. Also, Adeline is a helpless romantic, and has a certain flair about her that this lovely wand seemed to like.
Appearance: 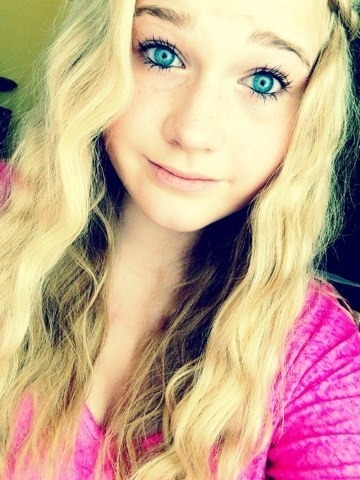 Description: Adeline is a bubbly, energetic girl who only hopes to do good in the world. Adeline is a romantic, and is often in love with someone or another, and, be warned, if you are her fiend she will try and find your perfect match. Adeline is loyal and honest, and cannot lie to save her life. She is intelligent, and often does well with O.W.L.S, just as Alice had before her. Adeline is also carefree, but knows that there is a time for play and a time for work. She also has a rather innocent look about her—a child-like quality that people find appealing. Adeline looks very innocent, as well, with her big, vivid blue-green eyes. Her eyes express her emotions so very easily, making her a bit of an "open-book". Adeline has long blonde hair that reaches to her waist, and also has dark low-lights. Her hair is naturally wavy, and Adeline never does much with it, besides wear it down. Adeline is average height, standing at five feet and three inches, but is slightly underweight, weighing one hundred pounds. Adeline enjoys dressing in simple, yet cute clothes, but no matter what, she can always be found wearing her Converse.
Background: Adeline Sage Agnès was born a few years after her sister, Alice, and was often second best when compared to her sister. Not that either girl ever really noticed—they were too busy laughing and having fun to notice their parents judging and rating them. But they did not have fun with magic. Their mother kept being a witch from them as their father had no clue, and she wanted to keep it that way. It wasn't until Alice's eleventh birthday that things took a horrible shift. The Hogwarts letters came flying through the door, and when Jacob, their father, opened the packet, things only went downhill from there. Fights and arguments broke out between Jacob and Elisabet, and ended after Elisabet decided to let Alice attend Hogwarts. Jacob practically flew from the house. only grabbing a meager bag full of a weeks worth of clothes. The house wasn't quite right after that. Elisabet was different, and would often call her daughters' harsh names, sometimes she would even smack them. Elisabet would always go on about how it was their fault their father left. When Alice officially went to Hogwarts, things only became worse for Adeline. Elisabet was always much kinder to Alice, and with her gone, Adeline was turned practically into a servant. The young girl would be forced to cook, clean, and wash. Not to mention she would endure daily beatings. Life ticked by like this for four years until, mercifully, Adeline could finally attend Hogwarts. Sure, every Summer she must return home to her mother, but Hogwarts manages to give her something to hold on too, giving her strength.
Relations:
» Jacob Michael Harbert - Father; 49; Muggle; Unknown Occupation
» Elisabet Patricia Agnès - Mother; 46; Pure-Blood; Magizoologist; Former Ravenclaw
» Alice Marjorie Agnès - Sister; 20; Half-Blood; Ministry of Magic Employee; Former Ravenclaw
Pet: Cat
» Name: Ribbon
» Gender: Female
» Age: 2
» Appearance: 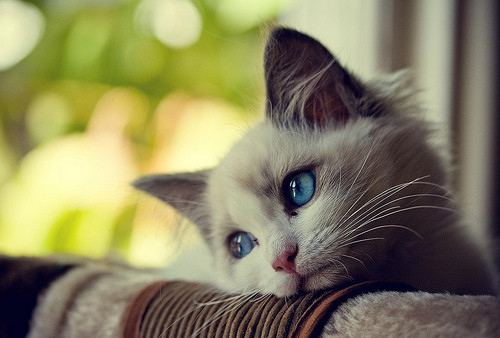 » Description: Ribbon is a sweet thing that loves to be petted upon. She enjoys being around people and is rather intelligent and playful. She loves to be curled up next to Adeline and likes to take long naps by the fire. Ribbon has silky smooth hair that is a pale gray color. She is solid, with no other markings, and has pretty blue eyes that she uses to get people to pet her. She is a small cat, only twenty inches in length (including her tail), and weighs barely six-and-a-half pounds. Adeline received Ribbon during the start of her fourth year, after her beloved, but retired Barn Owl passed away.
Other: Adeline can find joy in even the bleakest of days. She is very optimistic and kind.

She fixed it, it's working now.

Could you spell out 14th in Description of wand, please?


Age: "2" | Could you explain this in Pet Description? Most students arrive with a pet their first year, so why is this cat so young, given that Adeline is in her sixth year?

Sorry I was kind of late :)