The Order of the Phoenix 1940 (A Harry Potter Roleplay) discussion 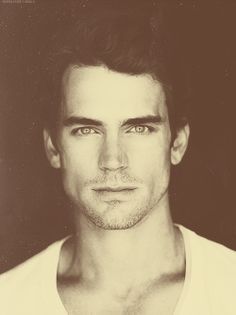 Dress style: He wears suits with ties or robes. He may also wear an British army uniform.
Personality: Too sum up James in one word would be very hard but the word that fits him most is courageous. He will do anything to protect the innocent. He lives in the moment as he doesn't know how long he will live for. He is very good humored and loves to play practical jokes on people. He is also very loyal and intelligent. He can be sly and cunning if the situation calls for it. He is a good leader and is also very charismatic. He knows how to get people to listen to him. He has lost the arrogance of his youth but can still be prejudiced against his former childhood enemy Severus Snape.
He has a hot temper and a tendency not to listen to peoples advice. He is also very reckless and doesn't always think things through when it comes to people he loves being in danger. He has good instincts and can think on his feet which comes in handy when he is fighting.
History: James Potter was born into a pure-blood wizarding family of considerable wealth.
Because he was their only child, arriving later in their lives, James's parents pampered him a great deal, so he grew to be arrogant, boastful, and proud, but deep down a good person.
James started to attend Hogwarts School of Witchcraft and Wizardry in 1971 and was Sorted into Gryffindor house. While there, he befriended Sirius Black, Remus Lupin, and Peter Pettigrew, and together they called themselves the Marauders.
Though more mischievous than diligent, James was a very clever student. At some point, he became Chaser for his house's Quidditch team, and he was entirely aware of his talent. He was something of an obnoxious youth for the majority of his time at school; he liked to show off and was exceptionally self-confident. He habitually ruffled his hair to make it even untidier, to look as though he'd just got off his broomstick, according to Lily Evans.

James with Sirius in their fifth year.
James also had a habit of hexing innocent students for no other reason than because he could, especially Severus Snape, a Slytherin in the same year. James and Snape had a strong rivalry throughout their time at Hogwarts. Remus and Sirius later explained to Harry that the reason this rivalry began was due to Snape's jealousy over James's talent at Quidditch and his popularity, as well as Snape's interest in the Dark Arts, which James despised. However, it was later revealed that James and Sirius had insulted Snape from the moment they met him in their first year on the Hogwarts Express. Snape followed the Marauders around, looking for reasons to get them expelled. James, in turn, used the hexes Snape himself had made up against him.


As second years, James, Sirius, and Peter figured out that Remus was a werewolf. Rather than abandoning him (James, in particular, insisted this monthly hazard did not mean Remus was truly abnormal), they spent three years learning to become Animagi in order to accompany Remus in his transformations. In his fifth year, James managed to perfect the transformation and become a stag Animagus, which earned him the nickname "Prongs.

At some point in their school career Snape, who was very interested in where Remus went every month, saw Madam Pomfrey and Remus going to the Shrieking Shack using a secret passage under the Whomping Willow. Sirius had, for reasons unknown, told him that the trick to getting past the Whomping Willow was to poke the knot at the bottom. Snape followed Sirius's directions, and was nearly at the Shrieking Shack when James pulled him back. At great risk to his own life, James saved Severus from certain death at the claws of a werewolf. For this moment James had overcome his immature ways, though it's not known if this was a pivot point to the changes he made that won him Lily. Snape, however, adamantly refused to believe that James would have done him a favour, thinking that James only saved him in order to avoid expulsion, and despised being in his debt.

At the age of sixteen, James's parents allowed Sirius to move in with them so he could escape his own horrible family, and Sirius soon became an unofficial member of their family. By his seventh year, James had lost the less savoury aspects of his personality, and was even appointed Head Boy, despite the fact that he had not been a prefect. He also finally managed to impress Lily Evans, and began dating her at this time. He stopped hexing bystanders for fun, though he still hexed Snape, because Snape never lost an opportunity to curse him.
At age 16 he joined the order of the Phoenix and started to fight against Voldemort who had become a very prominent figure. He had started to mature at this point and due to his talents in defense he was given a team to lead.
The rest of James past will be discovered as the roleplay goes on
Dislikes
Death Eaters
Hitler
Snape
Evil
People getting killed
Weapons
Likes:
His friends
The Order
Light
Goodness
Dark
Strengths
Fencing
Defense
Offensive
Martial arts
Aviation
Sniping
Transfiguration
Weaknesses
Potions
Healing Charms
Keeping his temper
Pet: An owl named Zeus
Family: The Potters and Sirius
Crush:
Friends:
Sirius
Remus
Peter
Mad eye
Most of the order
Lily
Enemies:
Death eaters
Voldemort
Hitler
Other:... 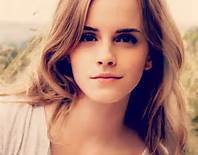 She is very beautiful and has a regal air about her.
Dress style:

Personality: She is very shy when it comes to meeting new people but is not afraid to voice her opinions. She is very caring and cares a lot for the people she loves. She wants to make the world a better place and is very idealistic. She can be flirtatious and very seductive. She knows how to act and can be cold and mean.

She has good manners and is very respectful. She can be cunning and ambitious and knows how to talk to someone so they spill all their secrets to her. She is a romantic and can be manipulative.
History: She was born in Paris and moved to England when she was five. Her parents got good jobs at the ministry and were reasonably wealthy. She was home schooled so she never attended Hogwarts.As Ana looked young and no one outside the order and her parents knew her real age she was sent under cover as a student at Hogwarts. She is learning their secrets and trying to worm out the death eaters.

When she was 16 she met a young man who was very handsome. She became friends with him and then fell in love with him. She felt free and at home with him. They got engaged when she was 18 and her wedding is set for 6 months later. She is very happy. 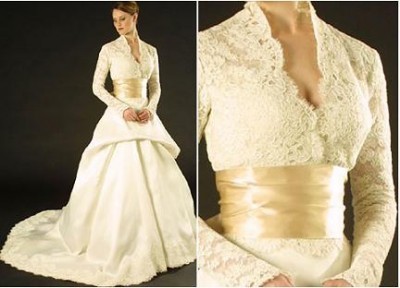