This topic is about Forager
18 views
Advertise Yourself > Forager, Dystopian Fiction in 2120AD Melbourne 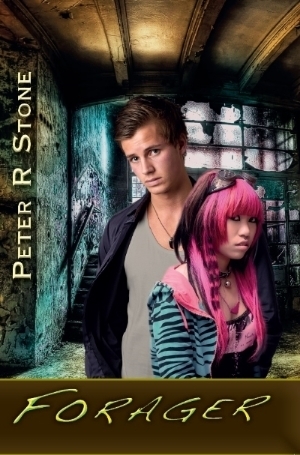 Eighteen-year-old Ethan Jones lives in Newhome, a town built upon the decaying ruins of post-apocalyptic Melbourne, ruins haunted by the ferocious Skel, a nomadic tribe of degenerate savages.

The Skel are ramping up their attacks on Newhome's foraging teams and infesting Melbourne's ruins in ever greater numbers. Is this part of a larger plan that could spell the town's doom?

Meanwhile, the last thing Ethan expects when he and his companions rescue a two-car convoy from the Skel is a Japanese teenage girl with an outlandish dress-sense, who after they take her back to Newhome, goes to great lengths to ingratiate herself into his life. But is it in gratitude for saving her life or is she seeking something more?

And what a quandry she places him in, for he knows the rules, that no man is permitted to be alone with an unmarried woman. But how can he drive such a gentle soul away when she touchs his heart so deeply, even though she clearly carries the pain of a broken heart.

At the same time, Newhome's police force, the Custodians, are suspicious of Ethan's foraging team's successes and are pulling out the stops to find out which member of his team has the illegal mutant ability that gives them an edge over the other teams. Should these peacekeepers discover Ethanis the mutant they seek, they will haul him away and dissect him like a frog.

Forager is part one of the Forager Trilogy

Forager a dystopian romantic thriller set in 2122, has been labelled as a 'very different' dystopian by Amazon readers, and has received 20 four and five star reviews.
http://www.amazon.com/Forager-Dystopi...
And it's Zombie Free!

Please check out what the reviewers have been saying:

"This was a very different, interesting read. If you like dysopan, a bit of mystery, a live story, violence, but not too bad, and a few twist and unexpected turns. You'll like this book." - L. Hayes

"This book gets off to a great start. I was sucked in from the very beginning. The more I got to know the characters, the more I loved them. This is a different take on a post apocalyptic world, and I enjoyed it. I was left with many questions by the end of the book, which always makes me want to read the next book in a series. " - Kelsey

"Dystopia meets totalitarianism. This is the first book in what I know is going to be a great series." - marilynrhea