So sorry just saw this D=. Hmm anyways i was thinking maybe a prince and his knight or some sort of medieval romance ^-^??

I don't mind either is fine 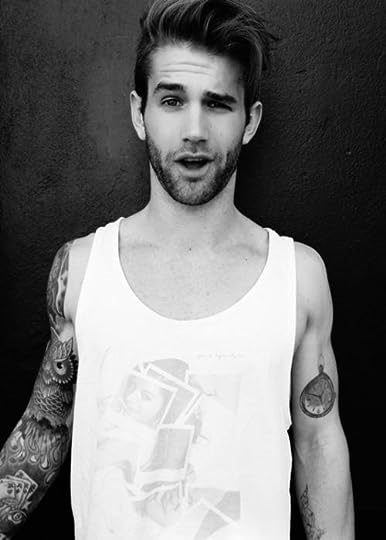 ... The link doesn't show up. And yeah sure. I was thinking he'd be sorta loyal or something ^-^ can I be the prince??

Haha okay it's working now =P i was thinkin maybe we could have them in some sort of relationship already but they obviously have to keep it a secret. And then right now the knight is just coming back from two months of war or something :)!

reply | flag *
message 24: by [deleted user] (new)
Nov 28, 2013 12:52PM
Sounds awesome! That we we don't have to through the tedious stuff. Ok, what type of scenery should we start off on?
Like, is Philip in the middle of practicing sword skills, eating, an event to welcome the knights home etc.

Yeah sure :)! An event to welcome them home sounds good.

reply | flag *
message 28: by [deleted user] (new)
Nov 29, 2013 06:41PM
Dante was second from the front as the Knights rode into the castle. It was a great feeling, returning home after such a gruesome time in battle. As the horses rode in everything was empty. They all dismounted in silence, unsure as to what was happening.

The mood changed, however, after they entered the inner part of the kingdom. People were everywhere and the scene was one to behold. A smile broke across Dante's face at the celebration taking place.

Philip sighed heavily, rolling over in bed as he heard the celebration going on down on the first level of the castle. He sat up, running his fingers through his hair as he let out a small yawn. He knew it was late, but a prince could never have too much sleep. His eyes flickered over towards the girl in his bed, shaking his head as he nudged her in the side, for the first time realizing his grogginess. Maybe he'd had too much to drink last night. But he couldn't help it. They'd one the battle, and his lover Dante was returning today. He smiled at the thought, sending the girl on her way when she finally appeared to be awake.
Quickly he changed into a more civil outfit before he returned downstairs, his eyes scanning the room for his knight as he was greeted by the people.

reply | flag *
message 30: by [deleted user] (new)
Dec 05, 2013 09:14PM
Dante has changed quickly and was now in more suitable attire. He laughed and joked, nut his eyes were serious and searching as he scanned for his prince. That's right, his. He couldn't and wouldn't share.

So, when he finally saw Philip arrive, his face broke open in a grin that made his whole face light up. But instead of rushing over like he wanted to he simply walked over and nodded, bowing to the prince.
"The battle was successful, My Prince" Dante said, rising from his bow.

Philip smiled politely, his father at his side. His father looked down at the knight with a proud smile. "Good job Mr. Dante." He said before walking off. Philip sighed softly noting the happiness reflected on his face. He wanted to embrace him, kiss him, or do anything. But right now in public he couldn't. He nodded formally unsure of what to say as people surrounded them.

reply | flag *
message 32: by [deleted user] (new)
Dec 06, 2013 06:07PM
Dante watched Philip's uncertainty and hid a smug smile. He had a guilty pleasure in watching the unsure Prince.
Dante went and stood in his rightful place next to Philip before whispering in his ear
"Don't worry, there will be time later"
A smirk was evident in the Knights face.

Philip smiled slightly at his words, a small shiver of pleasure going through him- wishing it was already later. He looked back at him a playful smile tugging at his lips. "I'm sure there will be." He murmured with a small smile. To avoid questioning Philip began to sweep the room as he talked with people, before their feast was finally presented to them.