Mod
So what are we doing, and do you want me to make two girls or a girl &a guy or two guys????

reply | flag *
message 3: by [deleted user] (new)
Nov 22, 2013 05:10PM
Is it okay that you make two girls that way the brothers start to fight over the first one then she introduces the other brother to the other girl so he isn't lonely.

Mod
Ooo ok cool, I'll get on making them right away. 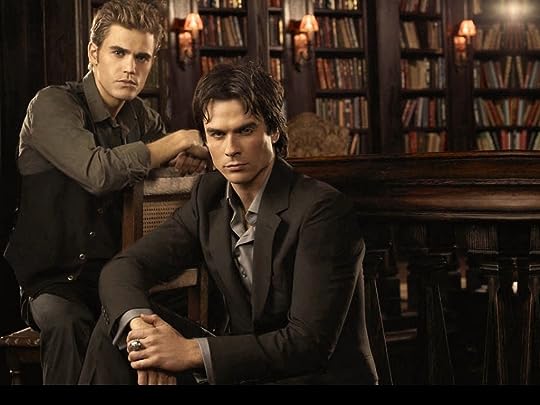 Background(optional/at least 1 para):If anyone wants to rp with me I would like it to be atleast a paragraph.No one liners unless we are talking to eachother.I'll except a 1x1 or 1x1x1 for these characters.

Personality(at least 1 para ): Ryan Daryl is the youngest son of the Daryl family and often resents his brother for always falling for the same girl he's interested in but in the end his brother Jasper always redeems himself for the most part and makes up for it. All in all Ryan can forgive and be kind to others.

Other: Martha and Dean Daryl

Name: Jasper Daryl
Age: 810 (looks 28)
Gender Male
Species Vampire
HistoryTBRPed
PersonalityJasper is a very smart sarcastic man who loves to pick on his brother and fall for the same girls but ofcourse they always go back to Ryan and this drives him crazy. Jasper can be very sweet and romantic when he wants to be but only when he wants to.
Crush Open
Job if any Painter
Sexuality Straight
Relationship Status Single
OtherMartha and Dean Daryl

Mod
One more thing: Are my characters humans or huntress?

[Abilities/Skills/Powers: ]
Tracking Abilities, Skilled with hand blades(She has weapons hidden over her), Pretty good with close combat, but prefer distance combat
[Strengths: ]
Communication
Her speed
Her use of hand weapons

[Weaknesses: ]
Her strength as a woman
She tends to break fragile things

[Background: ]
Dawnesha was born to a well off family. At the age of 8, she decided to leave home and seek her fortune selling pins her art at the local flea market. She made many people happy, including a man called "Bertie The Banana Slapper" who took her under his wing along with his traveling group.

As she became older, she spent more time learning how to track magical being from Bertie and exploring the underwater life within lake Titicaca in Nicaragua, hopelessly searching for the infamous piles monster which lives there. She once saw a creature down there that was 10 centimeters long with 18 meter long eyeballs but it turned out to be a water demon who was disguising itself as a squid. Dawnesha adopted it and gave it her mark and named "Steven The Demon". After several years she decided she’d had enough and that it was time to move on in life.

One day, she met a mermaid who built her a new set of lungs from snakeskin and gravy. She were able to run 2000mph hour with your new body modification and people would come from around the world to see you catch penguins with your teeth with your eyes shut. After 2 years of doing this, your teeth spontaneously combusted and your butt fell off. She now live with her best friend, a girl she meet when she came to the city to settle down from her traveling. She never went back to her family, so she is considered to be a lost child.

[Abilities/Skills/Powers: ]
She is pretty good with her use of fire magic.
[Strengths: ]
Her driving abilities
Knowledge of both real and magical world
Communication and social skills

[Background: ]
Candice has lived in this huge city where she is an undercover huntress. She is assigned to track down and either kill or watch certain vampires to make sure no one is causing trouble. She has befriend Jasmine on an day where they had both entered this small bakery. They two were like long lost sisters. Candice offered Jasmine a place to stay and she never questioned Jasmine on her past life as it wasn't necessary.

Dawnesha should come across a help wanted post on a bulleton board of some sort and meets Jasper first then meets Ryan.

Mod
So she sees the sign and she calls r go to where ever the sign says, am I right?

Mod
Ok cool so the flyer would be one that saying Jasper is looking for someone? I can have Dawnesha either show up at his house or makes a call? Which do you think will be better?

Mod
Dawnesha was in an very energetic mood today. She had recently received a job offering as an model, and she got the job. She really needed the money to pay for her half of the rent she had shared with her friend, Candice. They had been living together for about six months now and her the money she earned from her traveling was almost gone which meant that she and Candice had to get an job or be kicked out.

reply | flag *
message 20: by [deleted user] (new)
Nov 24, 2013 07:00AM
Ryan was the one running down the stairs to answer the door because he knew his brother hated to be disturbed when he was trying to do his work. When he opened the door and saw a beautiful woman standing there he smiled then said,"What brings a beautiful woman such as yourself here today?"He opened the door inviting her in. "My name is Ryan." He introduced with a gentle hand ou toward her.

Jasper was upstairs painting on the canvas he had been working on for a while.Flusterated he decided to see who the visitor was. When he saw her he was so inspired but kept it to himself. "You must have been the woman that saw my flyer." He said with a smirk. "My name is Jasper."

Mod
Dawnesha did not step inside the house yet as she wanted to be sure this was the place in question. Smiling, she took Ryan's hand and shook his hand gently. "Hello Dawnesha. Please to meet you Ryan"Dawnesha was a bit amused by the boy. He seemed a bit excited upon meeting her. She was able to open her mouth to ask him about the job she was answering when another male entered the room. She watched hiim walk down the stairs "Yes I'm here about the job on your flyer. Is it still available ?" She noticed that both guys seemed a bit pale and she couldn't figure out if they were sick or something but she kept the friendly expression on her face.

reply | flag *
message 22: by [deleted user] (last edited Nov 27, 2013 06:33PM) (new)
Nov 26, 2013 07:36AM
Jasper walked up to her and smiled,"Nice to meet you Dawnesha." He said approaching her with an outreached hand. "Yes the job has been open for a long time." He mentioned trying to answer her question. There was something about her that made him want to hold and just touch.

"Dawnesha this is my brother Jasper." Ryan introduced trying not to grit his teeth because he really just wanted her for himself but knew that wasn't about to happen with Jasper being as charasmatic as he was.

Mod
(Sorry I won't be able to reply since my computer is acting up now and I have to wait until it connects before I could do anything :()

Mod
Dawnesha took Jasper outstretched hand with a smile on her face. She could feel his charismatic arua in the way he presented himself. Her owe wanting to interact with his as well. "I'm relieved. I guess that means I could grab the job before anyone else come along." Dawnesha winked at Ryan to try to at least cheer him up since he had a frown on his face when he introduced his brother. She could tell they both liked her by looks anyway, and she was use to that with her past performances in front of crowds. She looks between the two. "So when can I start, thou I should ask: what does the job require me to do"She returned her brown eyes to Jasper.

reply | flag *
message 31: by [deleted user] (new)
Jan 31, 2014 09:21AM
Jasper smiled at Dawnesha and couldn't help but quickly reach for her hand before his chance was quickly taken away from him. "Pleasure to meet you." He said kissing her hand sweetly like a gentleman should do.

"Brother do you want me to tell her what the help wanted sign was for?"Ryan asked looking at Jasper still frowning because he had a feeling that Jasper was going to end up seducing this one.

Mod
Dawnesha blushed a little at the motion. "Yes, I would like to know what I will be doing" She waited Jasper pulled up after he kissed her hand. Something about him.. Her eyes were glued to his as if he was a diamond sparkling on the sidewalk.

Meanwhile Candice Griffin, Dawnesha's roommate and friend, was at her apartment. She was sitting on the sofa wandering what she will be cooking tonight for them. "I wonder if Dawn got the job. She hasn't called yet"