Synopsis: Become a child travelling into Narnia through Wardrobe, painting, train etc. or a talking animal/ creature. Play a part within the world of no Christmas and Witch Queens, of fearsome Knights and Aslan!

{Thanks for posting my Roleplay idea up, Booknut! I look forward to creating characters & creatures as soon as i can. Hope everyone in the group likes the magical world of Narnia }

{Note: set during the time of ‘The Lion, The Witch & the Wardrobe’ when the Witch Queen was alive and there was no Christmas. The prophecy existed but the 4 children had not yet arrived in Narnia.} 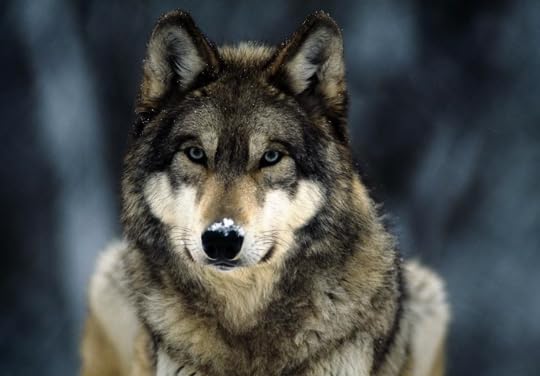 Scar is a young male Wolf with an athletic, muscular body and thick fluffy hide. He has piercing smoky-grey eyes that shine, emphasizing how physically healthy and in good condition he is. His thick, downy fur is glossy and is excellent at keeping him warm in the freezing winter conditions. Also if he gets wet his thick coat absorbs the moisture and dries really quickly, hence Scar has never been wary of wet weather or harsh conditions. His powerful, strong jaw allows him to grab hold of prey so that they can’t get free once in his grasp. His sets of razor-sharp, canine and molar teeth are designed for tearing flesh off bone and grinding food including chomping at bones. His large ears enable him to hear other Wolf howls from miles away, together with his compact bones and tough muscles allow him to run at speed and handle rough terrain. His physical prowess makes Scar an excellent hunter and fearsome predator, therefore the head of the Queen of Narnia’s secret police is not someone to disregard without due caution.

{History/ Bio:}
Scar is in her majesty’s service as chief of the secret police and leader of the largest pack of Wolves in Narnia. He is known for being incredibly short tempered with a malicious, sinister streak and a nasty nature. He doesn’t listen to reason no matter who you are nor will he detract from killing once he has captured or surrounded his prey/ victim. He lives to serve her majesty the White Witch (who was the last Queen of Charn) and who is an extremely powerful Sorceress, at her Castle. He feeds off of her fury and rage, which has built up over the past 900 years since Aslan banished her from the world of Narnia. He shows no compassion or mercy and kills ruthlessly, as well as upholding unjust ruling over the land, still frozen in the Long Winter. 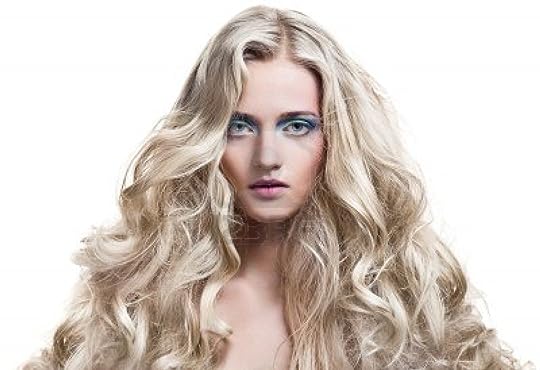 Celena has striking cerulean eyes and she wears a touch of emerald green eye shadow above her eyelids, which males her visually even more noticeable against the stark contrast of her pale skin. Her ashen pallid complexion is almost as white as the soft snow that covers all of Narnia, in a winter wonderland and never-ending winter without Christmas. What is most markedly noticeable about her is Celena’s strawberry blonde hair, which flows all the way down to her waist, and is curled into bouncy swirls that twirl around her. She is of slender build and of average height (around 5ft 6”) and likes to wear floaty clothing with ruffles and in pastel shades.

{History/ Bio:}
Celena is a human, a daughter of Eve come from our world and magically transported into Narnia. She is a daydreamer and loves to let her mind wonder, hence why the fantastical world she encounters is like stepping into one of her dreams. Celena has a vivid imagination but upon meeting a talking Beaver she finds it ‘all too much’ and quite bizarre, fainting in the snow. She has a calm demeanour and is caring, kind and always wanting to help. Naturally inquisitive and always on the lookout for adventure, as she hates the idea of the horizon only ever being the limit, it was her sense of seeking more that led her to Narnia.
Celena lives in London, England in 1942. It is the middle of the Second World War and Celena was sent away to stay with her Uncle in the countryside, down in a small working cattle farm in Somerset. She is not fond of mud or herds of cattle and so spent most of her time tucked away in her uncle’s study, where his library/ office was. Above his mahogany writing desk is an oil painting of a winter woodland scene and White Mountains, which is the portal that leads her to Narnia.

The snow fell thick and heavy onto the frosty ground that covered the world in an eternally unchanged wintry scene of ashen brightness. It was the bitter chill and ice-cold wind that sent shivers across the freezing lake, as no breeze or slight wind had penetrated the stillness for centuries. Amid this harsh environment dwelt the very sorceress who created such an icy image and long winter, whose Castle resided between two mountain peaks in the Northern region of Narnia. It was in this icicle fortress that Scar, chief of the secret police now lay resting after a tiring day of chasing down traitors {followers of Aslan}.

Yawning and stretching out each fore limb concurrently, Scar awoke underneath the looming grey shadow of one of the many frozen statues within the entranceway. This graveyard contained all those traitors within Narnia who disobeyed the White Queen’s ruling, with their bodies frozen in hard stone that captured their final dying act. The stark contrast between the grey statues of once alive magical creatures and the crisp white snow and translucent ice, was so formidable as to make anyone’s blood turn cold.

Scar was used to more statues appearing each day and had after a time given up on counting how many now dwelt within the graveyard of Jadis’ lair. Besides he had more important things to do…such as getting up for instance! Until the prophecy came about the Queen was resolved to seek out Father Christmas and eradicate him from the world, offering him a similar fate to all those within her domain.

Just as Scar was stretching and about to rouse the other Wolves, he suddenly spun around in shock to face a Narnian creature with healthy pink skin and a beating heart.

“W…ha..at?” he stammered, as the Centaur stamped its hooves upon the slippery frozen sheet of ice beneath.

The gigantic male Centaur towered over the wolf and shook its thick, auburn mane as the stone simply melted away thus restoring the creature back to its former self.

“What is this?” Scar snarled with his razor-sharp teeth bared and fleshy, pink gums showing.

{Would someone perhaps like to be the Centaur? A follower of Aslan trapped in the Witch Queen’s icy fortress}