Oh heyo! Thanks!
So what kind of rp's do you like to do?

Romance
Realistic
Fantasy
Some action
I'm pretty much up for anything

Okay ^~^ which character do you usually play, the girl or guy?

Oh, thank you. I have not played one girl role yet on Goodreads! would you mind if I tried?
Do you use anime pictures?

I don't really mind if you tried it's not hard just like with any role, I use real pictures mostly but I can use anime there not my favorite like they once were

Sorry for the late reply!
That's fine with real pictures, I don't mind.
And, you'll be the guy then? Is that okay?

We don't even have a plot yet

Okay... So do you have any suggestions then?

Okay... Maybe we can do something with supernatural beings, like demons and stuff.
Or I'm also into rp's that take place in the past, like mideval times and stuff.
Or the 1920's. any of that appeal to you?

I'm not too good with in the past things trust me I've tried I suck specially when I'm the guy it never works out. So I'm a lot better with present things sorry

That's fine ^~^ then we'll do a supernatural one?

Alright, so are you also into romance, too? Because maybe we can do a supernatural romance as well.

Okay! Then, what do you think of something with demons? I have a great plot for something like that. :3

Great!
So, I was thinking about a small romance plot, where the demon (girl? I like playing demons hehe), and a boy meet each other at a normal day at work.
They begin to like eachother, as friends, not lovers.

The boy is pretty much sold to the girl's caretaker, in which he is to stay with her forever.
But of course, he tries to escape.

And thus, there is a battle...

I can't spoil the whole RP, but this is a gist!

So, you want to hear everyone who is in the battle, and who wins and stuff?
Because, I mean... That jist I gave you is pretty much the guideline of the story.

you know it could be different in who wins the battle a bunch of things could happen to twist it around. We'll see how could I am at playing male demons never played a demon before. I also just woke up due to my dog barking outside

Oh yeah sure, you can be the demon, if you'd like to.
But the battle will between demons and humans. My character has much of her family that is already dead, and has become demons, thus they are going against the friendship and beginning romance between them...

But that's not all. The devil wants to take your characteer and bring him down back into hell because of his relationship with my character.
And, your character refuses this, and so basically we have 2 intertwining fights.

Umm... and lol sorry about your dog XD

oh okay lets just start it and see where it goes I like planning but not every single detail you understand? I'm one of those people

heh heh yes, I get it.
That's a gist of what the battle'll be like.

And, would you like to make your character for me, just name, age, personality, and a picture is fine :3

Thank you so much for putting up with me.

can you go first?

Name: Lucie (oo-che) Wojciecowski
Age: 19 (we'll make it around college time, I think that age group is appropriate)
Personality: Rather insensitive and aggressive, as well as arrogant... maybe she has a soft spot, maybe she doesn't. You'll have to find out. 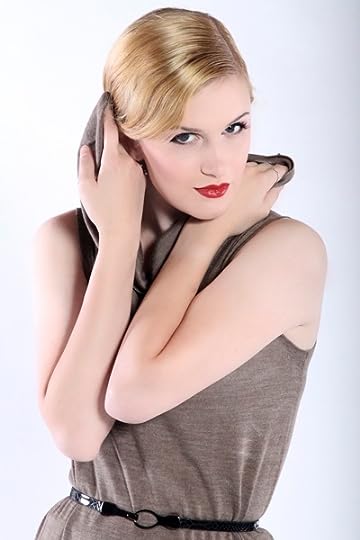 I hope this is good?

okay GOD now I can't come up with a name

Name: Blake McKeen
Age: 22
Personality: TBRP (I don't really know what to put here plus it's my least favorite thing to fill out)
Pic: http://cf.ltkcdn.net/hair/images/std/...

When you decide on the name, would you like me to start, or you? I don't mind either way.

It was a normal day, as every day was, when Lucie headed to school. The sun was shining bright and the freshly fallen snow seemed to melt under the gentle heat the sun presented.

People sat outside the school doors, and Lucie followed the crowd, and in while doing so, met up with a few of her friends. The day was utterly normal.

They spoke cheerfully to each other, Lucie in the center, as they waited for the morning bell to ring, dismissing them to class.
Lucie still hadn't made up her mind just yet-- whether she wanted to ditch class or not. Maybe not today. She didn't feel like ditching.

And thus, they waited for the bell.

(figured out a name)

{ Alrightie!
Um, are you alright with my reply, or should I change it? }

{ uhh... Well I can't help you in what you need to say, but I can rewrite it.
We're doing a modern day RP right?
So like... I just thought we'd start it in school.
If you want to suggest another place, then go right ahead.

And once you reply, I may not be back, so I'll have to reply later. }

(there I made name for him I really have no idea what to say so is your girl the demon?)

{ Yes, she is. Alright, give me a minute, to think of something that maybe you can reply to. }

(okay no I'll figure out how to reply)

Blaze was walking down the side walk with his hands in his pockets, he really hated school and never really did want to go back to school nor would he have to. He did look after a few kids though so a better education meant a better job, a better job meant more money, therefore more money meant better lives for the kids he did help out or look after. So he walked towards the college and into one of the offices to ask about getting into the school and all of the paper work he would have to fill out.

Blaze walked out of the office with the paper work in hand, he didn’t really have any friends here, and he lives in a two bedroom apartment in the middle of the city. So yeah it was noisy at night and yeah he lived alone and yeah he wasn’t doing very well by living alone but it was the only place he could actually call home. He helped kids by giving advice he didn’t want kids to go down the same path he’s been down.

That quiet morning, with the sun just rising, and the silence just breaking, Lucie sat on the front porch of that small little house right near the polluted lake, staring at the ground.
At first, one person took her attention, but she paid none to her instinct, for it was just a single person. What did it matter?

Malgosia, Lucie's elderly caretaker, came out to sit with her as well, the two of them staring at the man walking down the sidewalk, in the opposite direction of the school. It seemed he was walking away from it.
She wondered if maybe that he was a new student. He did look young enough to be a student, so that was on option.

She, herself, was a student there, a sophomore in the college. She was most definately the youngest one there.

And yet, not a word was exchanged between the two, it was only their eyes focused on the silent lake, and the silent person, walking down the street.

((I thought she was at school now I'm confused, this makes no sense))