Here it is, our second rp~! How exciting!
So are you in the mood for anything in particular? :0

Hmmm..how about..?
The world ended on a Sunday. It was unexpected by everyone, every government official, every crackpot theorist, every theologist, every faithless man. The Norse called it Ragnarok, the Bible called it Revelations, but it’s simpler to just say the Apocalypse. It came and it went and no one remembers what happened.
A fraction of the world’s population appeared to survive as they were. The rest were monsters, distorted and twisted until nothing of what they were was recognizable anymore.
The truth is, no one escaped unchanged.
___________________
The rest of the world is basically in utter chaos now that there are no enforcement of laws and everyone is running rampant. Because of the lack of authority it seems to be a world where everyone must defend themselves. Not only is there chaos but most people are trying to cope with their either subtle or drastic changes that seem to have inflicted them, most the the changes have drawn them closer to the animal category. Some have been infected drastically, some haven't, it ranges from every different person.

Just an idea!!! We can build off or think of others~

Hmm okay..ill have to think about it @-@ I'm at school right now so I'll try to think. Any theme you want to focus on in our rp? Anything you want me to brainstorm on specifically?

Hmmm..still trying to think of some ideas..

Sorry for responding late here too I was really busy with my party.

^~^ Hmm..I'm usually down for anything!
The one thing I don't like doing usually is just plain old reality. Like the world we're in. Those rps are usually boring...I at least like twisting realistic things this fantasy.

Hmmm..okay! 2 then! Okay..let me think about this..
Any bare ideas that we could work off from?

Haha..oh man..it would suck to be in the 3rd ones position..
I like 1 and 2! With 2 we could add a lot of twists to it like the persons brother could be a vampire hunter or something like that!
I like 2!
Buuut with 1 we could also do a lot..
I really really like both!
My vote goes to 1 and 2, which one do you like? You can be the one to make the final decision! ^~^~

I like plot 1!!!
Yeah, I can play the boy (boys?) I'm down with that! Unless you like playing the boys then by all means play them. I'm easy, whichever you like!
Do you like plot 1?

Oh okay! I can't make characters right now, I'm on my mobile. So would you like to play the main girl?

Oh okay! Sounds good to me!!
When do you think we can rp again? Luckily I don't have much homework so that's great! I just got a new phone that enabled Internet connection so im really happy! I'm also able to type..kinda..i hate that it constantly uses auto correct on me =-=

Oh alright! That sounds fine! Once I get my laptop I'll work on characters! What time zone are you in? If you don't mind me asking I feel like you move around a lot! 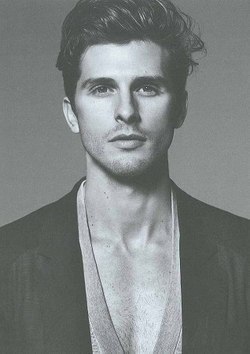 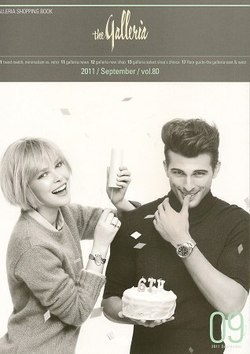 Personality:Personality:Vincent Demeres is probably the most enticing, amorous young man out there today. Vincent’s very busy days are filled with him chasing down lovely prey who fall for him in seconds. He claims that a woman's blood is the sweetest of all and once in love with you will taste even better. This leads Vincent to play his little games with girls of all kinds who in one way or the other fall for him and will let their guards down. He is as cunning and as charming as a wolf and people often are blinded by this charm. Vincent also very regularly indulges in alcoholic drinks and sometimes will have hangovers for days on end. He doesn't mind much that his family look upon his drinking with disdain, that means more for him.
Naturally he loves a little mischief and isn’t one to shy away from a challenge. He actually enjoys pursuing girls who prove to be a challenge and are hard to ‘woo’ at first. In fact, he thrives off of challenges. Vincent is incredibly audacious and is quite cheeky with his words. He would do anything for a bit of teasing fun and reckless mischief.
He isn't what most would expect when thinking about the eldest of the Demeres's, though he is very passionate about his family when he wants to be.
History:TBD

Wait so what other character do I make?

Okay! I'll work on him when I get home!!

(Slams head on desk) I'm getting no inspiration for another vampire but i really want to do this. Ahhhh.

Oh my gooosh, I was thinking the same thing but was kinda hesitant because i'm being such a lamo and dishing out these kinda cookie cutter characters? But I will redeem it and make him greeeat >:-)