History: Born in ThunderClan, but has a sister who lives in WindClan, Whitestream.

Other: Is good at jumping to catch birds.


Name: Firekit (Firelight)
Rank: Kit
Age: 2 moons
Gender: She-cat
Personality: She's caring, and kind. She's the one who makes sure her brother doesn't get himself into trouble.
Appearance: She has short ginger fur and bright amber eyes.
Mate/Crush: Too young, but is open for creation.
Family:
Mother - Mintstripe (deceased)
Father - Antfoot (deceased)
Brother - Hollowkit
Apprentice: Too young
Other:

Mod
You're welcome Amber and Terra :)

Mod
It's short for characters. And you're welcome :)

BOTH OF THEM DESTINED TO BE AMAZING WARRIORS

(( BEWARE HISTORY MAY SHOCK AND HORRIFY))
Name: Wildheart
Age: 36 moons
Gender: tom
Appearance: he is a giant brown and black striped tabby with fur that is wild and unruly at the best of times. he has strikingly brilliant green eyes. they almost always have a spark of humor and mischief in them.
Personality: he is carefree seeming but is actually quite a hard worker. if something needs done there is a good chance that Wildheart can help get it done. he has an affinity for annoying everyone and making them laugh. he can't harm a kit if he tried, he finds them to fluffy.
History: he was raised with his brother Darkheart (then Dark) by their father Bloodclaw and their mother Frostia a kittypet. he trained hard and lived life laughing, until he witnessed his father kill his mother after she had given birth then eat his newborn brother alive. he was so stunned he hadn't been able to move, much to his shame later, but when he did move he moved like lightning. he attacked his larger father (he was huge by any standards, he weighed about fourty pounds of solid muscle) and eventually driven to a road where Wildheart pushed him in front of a speeding car. it crushed him almost flat. but Wildheart, having heard of certain ways that increased the chance of destroying a cats spirit, ripped his father's body apart and scattered them. he traveled the next day for several moons until finding Thunderclan. he helped them once during a hard time with some foxes and they quickly accepted him into the clan.
Mate/Crush: open
Family: Darkheart, brother. Bloodclaw, father, dead. Frostia, mother, dead. unnamed brother, dead.
Apprentice: open
Other: part of a family curse. he has it more than his father or any other before him. under certain situations he will go into a ice-cold berserker-like killing rage.
((this good?))

Mod
Approved :) That is scary!

It's short for fanfiction.
Fanfiction is a story that you make up. Fans write stories about their favorite characters in books, games, or anime. Those stories are called fanfiction.

Name: Skunktail
Gender: tom
Age: 120 moons
Rank: Elder
Personality: stubborn and sarcastic.
Appearance: he is a black and white cat with amber eyes. has a somewhat bloated belly.
Mate/Crush: none and never will
Family: only a grandson named Wolfclaw.
Other: he is part of a game where kits, apprentices, and even warriors try and sneak up and touch him without getting stanked. he can stank someone by whirling around and basically farting on them. his farts are bad enough that sometimes birds will fall out of trees (once one did).
((this good?))

Name: Wolfclaw
Age: 24 moons
Gender: tom
Rank: warrior
Personality: stubborn, brave, loyal, and somewhat sarcastic.
Appearance: large and greyish looking with a puffy tail and sharp yellow eyes. his claws are larger than normal so the points are always poking out.
Mate/Crush: open
Family: his grandfather is the famous Skunktail.
Other:
((good?))

Personality
She's very sensitive and shy, She's extremely sweet, caring, and kind, but it's hard to get a secret out of her, Very jumpy, If you want to get to know her and have her trust you, you must be nice to her, and loves birds, and has never killed or eaten a bird in her life. And she never believes in herself, and doesn't believe she's pretty inside or out.

Description
Beautiful white she-cat with yellow eyes, very long, soft, fur and not a single scar on her, and very few toms find her very pretty

Mate/Crush
Open, please start it as a crush!

Other (PLEASE READ!)
She was found in the middle of the territory, dying, when she was a kit. As she grew up, she found a bird who was hurt, so she made a small nest for the bird in Birdsong's favorite tree. They became best friends and she named the bird Dove and the bird comes to see Birdsong almost everyday. Birdsong has kept this as a HUGE secret, and she will die for Dove to protect her. Birdsong also sings with the birds and has the most beautiful voice in the Clan. She trys her best to not let anyone hear her, but if you're really quiet, you'll hear her. But if you see Dove, get ready to be attacked, and maybe with unsheathed claws. She will be blazing with rage even if you dare to take one step forward to Dove. She always pins you down on the groud, and lets her claws just touch the skin of your throat. But other than that, she is VERY shy.

History: Amberclaw was a foolish young cat and fell in love with a Shadowclan tom wen she came to the gathering one night she found out her mate was dead and was silent for days to come trying to be brave again she gave birth to her second litter of Flamefurs kits most of them died but one lived wants stonesplash was a warrior all of her kits left her alone in the dust now she is alone and sad

Personality: Silentdove is a carefree spirit. She is playful and clever. She wants only the best for her clan and wished she could give them that. She loves swimming and fishing. Although Silentdove is very outgoing, she is also very quiet. She doesn't speak much but listening to others talk. 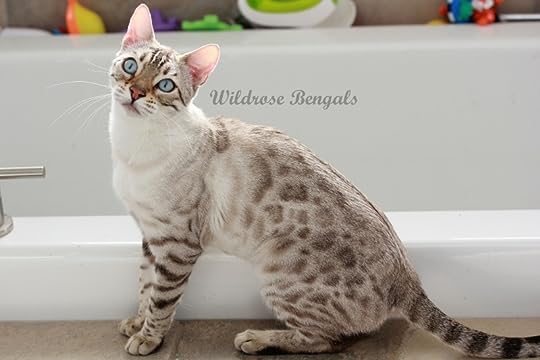 Silentdove's background color is a pale white, she has darker markings on her head, feet and tail. She has pale blue eyes and has a sleek coat. She has a slender body and long legs.

History: As a kit Silentdove never made a sound, hence why she was called Silentkit. When all the other kits would run and play and she would follow. Eventually they got use to her silence and they created a way for her to communicate with them. As an apprentice she stayed silent at least until her sister Dovepaw had gotten attacked by a fox. Silentdove had rushed back to the camp and tried to tell someone but no one understood her. So she spoke, and she said Dove... Dovepaw is in... In trouble. However, Dovepaw's injuries were to serious and she died the next day. When she earned her warrior she asked to honor her sister by being called Silentdove.

Family:
Sister- Dovepaw- dead
Mother- Spottedflower- alive
Mate: OPEN
Kits: wants them
Others: Silentdove was completely silent up until she became an apprentice. She still isn't very talkative, but will listen and give short crisp answers.

Other: is very good runner