Name: Darkheart
Age: 36 moons
Gender: tom
Rank: Warrior
Appearance: he is very large,(Maine Coon cat big) and solid black. striking yellow eyes. some scars here and there. he is very well muscled.
Personality: he cares deeply for his clan, even though he wasn't born to the clans. he cares only for those he cares about, meaning the whole of Shadowclan, otherwise everyone sees him as dark and mysterious as well as terrifying.
History: he was once a kittypet. his father was a very large and very scary tom named Bloodclaw. when he and his brother were old enough Bloodclaw trained them and for a time everything was alright. then Bloodclaw craved immortality and when Darkheart, then Dark, was 24 moons old he witnessed his father kill and devour his mother and his newly born brother. he ran while his brother Wildheart stayed and fought. he spent six months traveling until he came to Shadowclan. he helped them with a fox and badger problem, saving some kits in the process, and they decided to (grudgingly) allow him into the clan. he has since made a name for himself as a tough and loyal warrior.
Mate/Crush: open!
Family: brother named Wildheart. dead father, mother, and newborn brother. (in order said) Bloodclaw, Frostia, and the kit hadn't yet been named.
Apprentice: open
Other: he is part of a family curse, where under certain situations he can go into a ice-cold berserker like killing rage.
((this good?))

Name: Ravenmist
Rank: Elder
Age: 70 moons old
Gender: She-cat
Personality: She is kind, but can be grouchy when the apprentices forget to remove her ticks, or when her bed isn't soft enough. She likes to listen on what's going on around camp.
Appearance: She has short black fur with gray specks, and a gray muzzle. She has a long tail. She used to have clear green eyes, but they have clouded with age. She can't see as well as she used to anymore, but her hearing is as sharp as ever.
Mate/Crush: None
Family:
Mother - Sagepelt (Deceased)
Father - Voleclaw (Deceased)
Apprentice: None.
Other:

Name: Savageheart
Rank: warrior
Age: 39 moons
Gender: tom
Appearance: he is very big. he has more scars than fuy almost, but his fur is a dull black. he has dull yellow eyes.
Personality: he is mean, mean, mean. he hates pretty much everyone but especially hates Darkheart. he is the most savage of cats ever born.
History: he was born a killer, he was so difficult to birth that his mother died. when he was six moons old he killed his older siblings by trapping them in a fox den. he was once considered to be the best warrior until Darkheart caught him torturing a kittypet, Darkheart had then proceeded to beat and give Savageheart several new scars.
Mate/crush: none and never will
family: none, killed them

hey can i make Darkheart Deputy?

Mod
Approved :) You might want to ask Amber, because I don't if she'll let me make Darkheart deputy without permission. I'm not saying no, but you should ask her, just in case.

Mod
Okay, than Darkheart can be deputy :)

reply | flag *
message 27: by [deleted user] (new)
Nov 28, 2013 06:22AM
Name: Dapplewish
Age: 58 moons
Rank: Elder
Gender: Female
Appearance: Dark tortoiseshell with brown eyes
Personality: Gentle but determined
History: Fought in many battles in the past, but has retired. Still hunts for herself.

Name: Brokenflight
Age: 28 Moons
Gender: Tom
Rank: Warrior
Appearance: He has thick, long fur the color like coal. It's soft and fluffy. His tail is close to a plume tail. He has eyes are a pale yellow shade with a hint of green. He has one slightly crooked paw.
History: Brokenflight was born with a deformed, broken paw. His mother called him Brokenkit, but after much work and dedication, Brokenkit's paw started to heal and get better very slowly. He was called Brokenflight because he's now very fast and is a great hunter. He used to have a mate named Leafgaze, but she was killed by a Riverclan cat, forming his great hatred for them.
http://i1221.photobucket.com/albums/d...

Name: Robinheart
Age: 14 moons
Gender: Female
Rank: New Warrior
Personality: She is one of the best night hunters. Robinheart loves to stand out and wishes to have kits but never wanted to stay in the nursery.
Appearance: She has short, black hair. She has an unusually long tail with Piercing yellow eyes.
History: Robinheart found it hard to be accepted by her clan mates because her mother was a rogue. She never talked much about her history except that her siblings were always loyal to her but were by a RiverClan cat.
Mate/crush: She secretly has a crush on Brokenflight even tough he doesn't know it. (if that is okay with you Blackheart333)
Family : never speaks of them
other:N/A

History: loves Birchpaw as if he's her very own son

Personality: Friendly, if anything happened to Sorrelberry he would kill someone, smart with words, he's like the next Brokenstar

Could I make Darheart's crush or mate please.

{Personality} He is very strong, and is said to be braver than even Firestar was. Though he thinks that is highly exaggerated it might be true, he just won't let himself believe it. Other than that he is light-hearted and has an awesome sense of humor and is a fun cat to be around.

{Appearance} Very well-muscled jet black tom with dark ginger and silver spots, the left side of his face is completely covered in scars while the other is perfectly fine. His left ear is shredded completely and he has very thick, nasty scars covering his throat and the rest of his body. He is blind in his left eye due to the scratches he received, and has a messed up back leg causing him to walk with a limp. His eyes are jade green with some aquamarine and sky light blue flecks spread out in the iris.

{Mate/Crush} He has a crush on Silvermist

{Kits} None but wants them

Appearance
She has a light golden smoke pelt with long hair. Her legs are longer than most, but not the longest, though she is larger than most she-cats. She is smaller than most toms, thank StarClan. Her eyes are a hypnotizing green that enchant many. 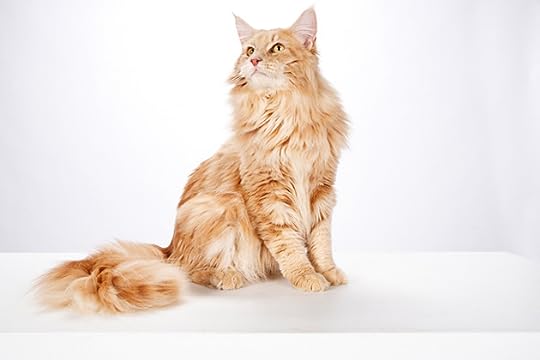 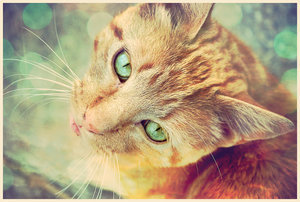 Personality
She is as stubborn as a mule and tends to get on others nerves because of it. She has a fiery spirit and never backs down from a fight. However, she's also probably the loyalest and kindest cat you'll meet. She doesn't sugarcoat things and tends to be blunt about her facts, but knows when to keep her mouth shut. She absolutely adores kits and wishes she could have a litter of her own, but she only wants to have them with the right tom.

History
She grew up in Shadowclan and was raised well. Her life was almost simple. She became an apprentice in no time, during her apprenticeship a tom had helped them and joined the clan. Most of her clanmates didn't really like him, but she did. She formed a crush on him, but she would never admit it and deny the accusations, unless of course it was Darkheart himself who asked her.

Others
Nope that's it.