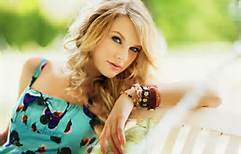 She is petite at 5 ft 2. She has long golden blonde hair that is unusually curly but if left in a plait it goes into soft waves. Her eyes are almond shape and are a blue-grey colour. She is very beautiful but doesn't notice the attention she gets.
History: She was born into a wealthy family. She was a beautiful child who everyone adored. When she was one she started top walk and at 13 months she could say simple sentences. When she was five she started her lessons with a governess who taught her how to sew, play piano, draw and dance, all things Lady's should know. She was also taught French and German. Most things she picked up with ease. She never spoke to anyone outside her family so she didn't have many friends. As she got older she grew into a beautiful girl. She is the catch of the season and all the males eyes are on her. She has made frenemies with some of the girls who are being presented this year just like her.
Personality: She is a very sweet and respectful girl. She knows how to charm people but is very oblivious to the way people stare at her.She is non judgmental. She is also very hot tempered and gets angry easily. She has been describes as feisty before and speaks her won mind when it won't hurt anyone. She is kind and cares about others. She is also a romantic and wants to marry for love as well as money.
Family: The O' Reilly's. She has her mother, father,two brothers and her sister. She was born to an Earl and his wife. They live in a grand home in London. Faye was the youngest child and was spoilt by both of her parents. She is daddy's little princess.
Other: She always a pink sapphire necklace.

Mod
Name: Cambria Jessica St. Aubyn
Age: 18
Place in society: Lady
Appearance: Tall with long legs, creamy skin and a heart shaped face. She has long wavy auburn hair which is common in her familya and large sapphire blue eyes.
Personality: She is strong willed but hides it quite a bit. She has a good sense of humor and she loves a good mystery. She is kind to those she likes and not very haughty.
History: She is the oldest daughter of this generation of the St. Aubyns. She is soon to come out officially and is expected to find a husband. She is very close to her two brothers but a bit estranged from her younger sister. She is expected to marry soon but doesn't want to. She has a strong will but is trapped by the confines of society.
Family: The St. Aubyns. She has a sister, two brothers and both parents.
Other: She is an excellent horse woman and has secretly learned how to fence. she also plays the piano and is a marvelout dancer and archer.

Mod
Oops I forgot to put personality on the form. I'll fix that.

Mod
Ivy can you please add personalities? And Sympathy would not be considered a member of the St. Aubyn family.

Mod
I can delete them for you yes.

Mod
Good. Only the mother of the O'reilleys is too young.

Mod
I thin that would be fine.
Change that and they're both approved :)

reply | flag *
message 16: by [deleted user] (new)
Nov 21, 2013 07:19PM
Name: Delilah Rebecca O'Reilly
Age: 39
Place in Society: Lady
Appearance: fiery red hair that goes down to her waist though she always wheres it up or braided down her back. She is delicate like a lady should be and doesn't do anything that men do except ride horses on occasion to clear her head, has a pixie-like look about her that makes her very beautiful. She has eyes like cinnamon and freckles that cover her face.
History : Well she was born to a rich family such as the O'Reilly's and was immediately betrothed to the families youngest son. The day she turned eighteen she married into the O'Reilly family and has lived in the mansion with her husband ever sense then.
Personality: she is definitely lady-like. She enjoys crocheting an knitting things for her family, most of the time she won't invite any of the St. Aubyn family inside if they come to her door unless there is a very good reason.
Family: Mother of the O'Reilly's
Other:

Name: Sympathy Cascade Trap
Age: 23
Place in Society: Servant/Maid
Appearance: black hair with a bit of brown streaks that run through it. Her eyes are a greenish blue color and the irises change color on occasion. The black hair that she has us cut short just below her shoulder blades and just long enough for her to put it up if she needed too. She has some muscular appearance on her arms and her shoulders as well as her legs and back which helps her lift heavy things, other than that she is pretty and a tad bit skinnier than everybody else.
History : She was born to her mother who was a seamstress and her father was a logger. She started working as a maid when she was fifteen and attended her parents funerals a few years later.
Personality: she is very smart and kind. Doesn't quite enjoy her job but she does it well so she sticks to it. She is compassionate and sometimes worries about the littlest things.
Family:
Mother--Jessica Trap(deceased)
Father--Louis Trap(deceased)
Other:

Appearance: Long, straight light brown hair with blue eyes. She is average height, and always has her hair up in a ponytail. Her hair has tiny tints of red in it.

Personality: Anne is caring and kind-hearted. She cares about her family a lot, and loves them. She is also clever and can sometimes be quick-tempered.

History: Anne was born into a wealthy family. She attended a high class academy when she was ten years old. After she attended the academy, she went to an all girls academy until she was sixteen. She quit school after that, and hasn't been to school since. When she was nineteen, her father died in a terrible fire. She hasn't spoken to her mother since.

Personality: Kenna is a very soft spoke girl. She's a bit skittish around new people and prefers book characters to real people. She's very sweet and kind to others and never has a mean thing to say.

History: Kenna has always lived in her sisters shadow. She doesn't mind as she always likes to keep to herself. But now her mother wants her to marry into a wealthy family and Kenna can do nothing but agree.

Family: St. Aubun family. She has two brothers, an older sister, and both parents.

Personality: Victoria is very caring and compassionate. She's also very outgoing and loves being in the center of things. She doesn't like staying still and will always be doing something to stay busy.

History: she grew up with everything. The nicest clothes and accessories. She wanted for nothing but she never cared about that stuff. Now her mother expects her to marry and provide more riches for her family.

Family: The O'Reilly family. She has two brothers, a younger sister, and both parents

Place in society: Princess Of England/ Future Queen, so people must call her Princess Veronica 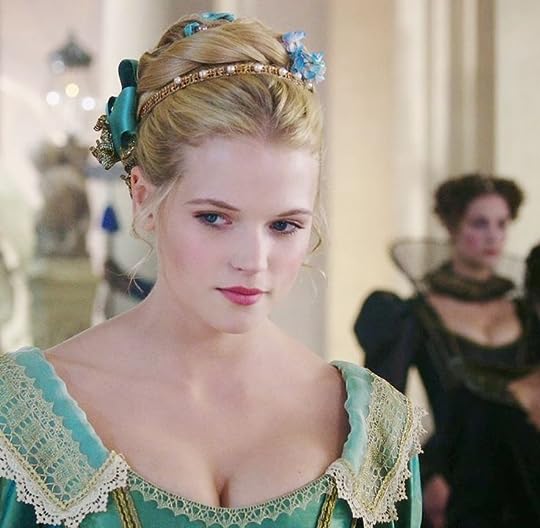 Personality:
She appears to be kind, if not guarded because she doesn't show her emotions very often, and could be mistaken for being cold and heartless when it comes to men. Although, the only emotion she tends to show 24/7 is kindness and maturity. Veronica is very stubborn and fights for what she believes in: never taking sides and always doing what she believes is right. Most of the time Veronica is mature, though she can have the occasional tantrum or break down, but that's all apart of growing up. Veronica has a skill for being able to get into peoples heads and manipulating them. She often uses her good looks to get what she wants when it comes to politics.

History: Veronica was born to the Queen and King on a cold October night. She loved to attend Sunday School, taught by a "nice lady teacher" in a small room along the east wing of the castle. As a child, she was always losing things: her "best pencil", her school bag, her gran and her mojo, which she got back. Whenever she would lose something, she'd go to a quiet place, close her eyes, then would find where she'd put it.
Veronica's mother, Ellie Oswald, told her that she "shouldn't talk to strange men", but she spoke to people regardless: she had always been foolish. Her worst fear as a child was getting lost. While on a holiday visit to the next over, her nightmares came true, but her mother eventually found her. Ellie comforted her by saying that she would always find her, wherever she was. 13 year old Veronica was left devastated when her mother died. Her father, quickly got over the loss of his wife, the queen, and replaced her with another woman. A year or two after meeting the woman, Angelica, they soon married. She hated Angelica’s guts, never wanting to speak to her or her father again.
All throughout her life, Veronica had been training for when she would become queen. Veronica dreaded that day: the day she would have to marry a stranger in order to keep her kingdom wealthy. Since her father remarried, she was allowed to wait a couple years longer before having to get married. 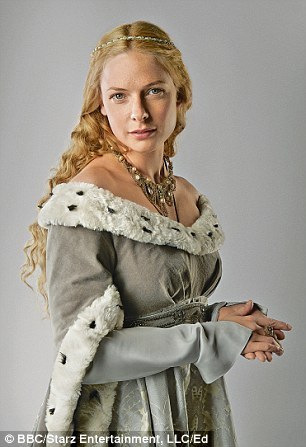 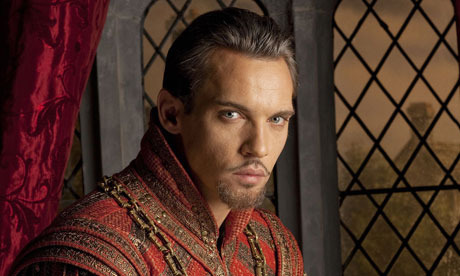 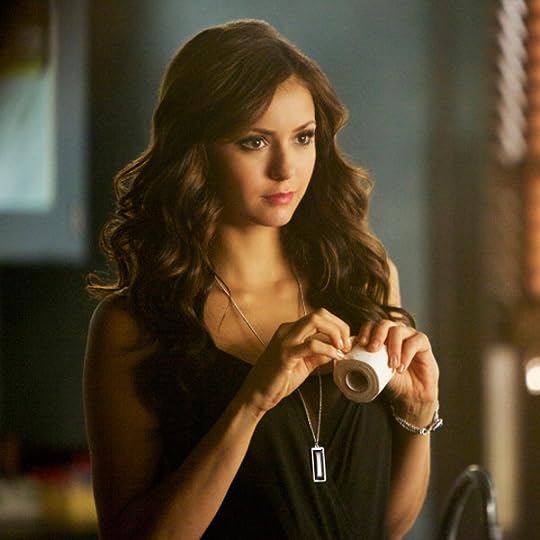 Mod
All of them worked but the mother.

Ah yes, that's cause i havent put the actual link in yet. ^^

So is she approved?