Mod
She needs to be completed: You need to read the guidelines a little more.

It's actually the Ox big difference.


Appearance: She shy of new people, she has fun with her family and friends her nation is happy for her.

What int he Hell is this?!?! This is not her appearance in any shape or form!!!

Distinguishing Marking: I have tattoos all over my body that cover my scar from doing fire and other
"She" not "I"

Personality: She look like her dad and mom i have my dad hair and eyes rest of them came of my mom.
"She" not "I"!!!! This is not even close to a personality...loook over my two current characters so you know what it is supposed to be like.

Falaw Flaw: i want my Firebender be good like are king
This sentence or whatever it's called is not a complete thoguht.

"Katrina wans her firebending skills to be more developed like her kings." Would be a complete thought, but not a flaw at all!!! Review my characters to get the idea.

Strengths: is the sun
Weakness: is the moon
This is simple bending strengths and weaknesses...under personality it would be her mental weaknesses and strengths again read over my characters to understnad more.

Backstory: My parents were marry at a young age. while they where going out they fall in love. when they find out they going to parents they where happy in tell my dad had call for the war. my mom got in labor with me she was happy when she find out she was going to have a girl. my childhood was going find when my parents found out that i set my cub on fire. so now my parents are dead i live on my alone i a master of fire.
STOP USING FIRST PERSON THIS IS ROLEPALY NOT I-PLAY. YOU CANNOT EVEN IMAGINE BEING APPROVED WITH THIS CHARACTER GIVEN THAT IT IS FAR TO DOWNGRADED FROM ADVANCED ROLEPLAYING CHARACTERS!!! I'm Sorry, Either you develop this chracter more you will be asked kindly to leave the group to the advanced rpers.

Mod
((The points I made above are your notes, if you cannot figure that much out then I'm sorry. I'm willing to help you fix things, but given the damage of this character you will need a lot of work and I'm not telling you what to write...that is a waste of my time to use my ideas for your character. I'm sure you can figure it out.))

Mod
good ensure youdo so character psotings only last two weeks i have given you more than enough apt time to complete it. You have one week menaing character will be deleted next monday if nt fixed and ready for my approval. 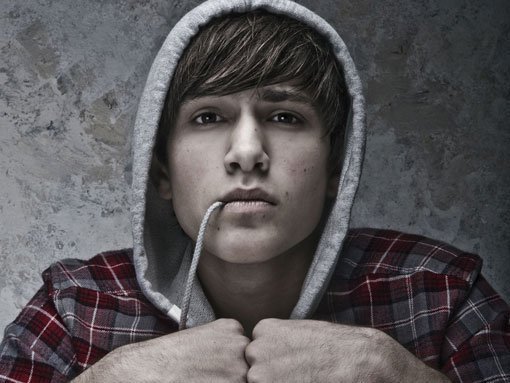 Faceclaim:
Luke Pasqualino
Hair
Brown. He has messy dark brown hair but a messy that works not an extreme messiness. His hair seems to always go back to its original position no matter what you do to it. He has a fringe that seems perfectly suited.
Eyes
Green. He has big green eyes that have such an intensity to them that it makes you feel like he is staring right through you.
Height
6'4
Weight
93kg
Body
Athletic, Muscular. He has very defined muscles and looks very strong and fit.
Distinguishing Marking:
Three small scars on his eyebrow that are shaped like a claw.
Personality:
Always happy and fun loving. He is energetic and excited and will always make sure the people around him are happy. He has a short temper though he barely shows it. He is caring and warmhearted. He is friendly and is always open to making new friends. He is rather easygoing and laid back. He is kind and confident but still rather modest. He is funny and loves to have people laugh at his jokes. He is brave and will stand his ground and protect the people he cares about. He is artistic and intelligent and has always been top of his classes. He is a great leader and always takes charge. He is adventurous and will always look for the excitement in everything he does. He is never afraid to speak his mind and will often do so if he believes something is not right. He is selfless and will make sure his friends are happy before worrying about himself. He is rebellious
Fatal Flaw:
Loyalty to his friends. His fatal flaw has seen him put in near death situations multiple times and has often severely hurt him. He cannot let his friends be put into danger and cannot let them face extreme danger on their own.
Strengths
Tactical thinking and problem solving
Weaknesses
Diplomacy and expressing himself with his words.

Mod
Zoey wrote: "sorry i have not fix it i got my iPhone and my kindle fire take away i got bad grade i will fix now"

okay be sure to do so, thnx