Hey! :)
So what kind of RP would you prefer?

Steampunk sounds good to me!
I absolutely adore it, but it seems like no one ever knows what I'm talking about when I suggest Steampunk! :D

I can see that we're going to get along well, then! :D
So, would you like to do doubles or a single one? I have some ideas for both...

Sorry! No notification! Grr...
Well, I have this idea that can be doubles that intertwine or we could just use one of them.
In this steampunk world, magic exists. There are two large nations that are constantly at war. Those who possess magical talents are kept in prisons and their energy is drained to power different things. Then, one nation devises a plan for a weapon powered entirely by this magical energy that could end the war once and for all.
The first pairing would be a female detective and a Magick who has spent his life as a conartist. She is somehow swept away during a prison break and carried off in their steam powered flying ship. Along the way, she learns what is really going on and eventually agrees to help them. The conartist, detective, and their little group of misfits plan to start a revolt. And the conartist, who has only ever looked after himself, has to learn how to be a leader.
The next pairing is a prince/political figure of the kingdom who is trying to build the weapon. When he visits a female tinker who is supposed to be creating some mystery item, he is suprised to find out what she is to create, especiallt because he is a Magick himself and has kept it hidden from his power hungry father. They go on the run, trying to keep the designs away from the nation's leaders.
Later, the two groups could end up meeting each other and starting a revolution.

If we do, could I be the detective and the Prince/polotician thing?

Yeah, sure! And I'll be the tinker and the conartist, then. :)
I'll get working on my charries!

Name:
Age:
Appearance:
Personality:
History:
Power (if Magick):
Other:
That's about what I'll put. If there's anything you want to alter, by all means. :)

reply | flag *
message 17: by [deleted user] (new)
Dec 07, 2013 12:37AM
Name: Teagan Chastain
Age: around 20
Appearance: http://gemmanews.files.wordpress.com/...
Clothing Style: http://dailypix.ru/uploads/posts/2013... Just simple things that are easy to move around in, but let her blend in with the crowd.
Personality: TBRPD
History: Teagan woke up one morning in a strange house, and in a strange bed. She had no memory of...anything. The only thing she remembered were the basic things: how to talk, walk, what things were. She just didn't know how she had learned those things, or remembered any of her past life. She had to learn how to survive for herself, to adapt. She lived like that for six years. Then one day she was discovered, and someone told the prince about her. When he learned she had powers, and that she was an amazing fighter and survivalist he made her his head detective.
Powers: Is able to see people and animals through walls (Dark Sight) and can persuade people if she looks straight into their eyes
Other: Has a pet falcon http://images.nationalgeographic.com/... Ichael

reply | flag *
message 18: by [deleted user] (new)
Dec 07, 2013 12:40AM
Name: Mathias Shawke
Age: 23
Appearance: http://www.google.com/imgres?imgurl=&...
Personality: TBRPD
History: Mathias grew up as Prince of Tyrivia. He has lived a luxurious, though stressful life. His parents are both dead, along with all of his grandparents, so now he is the named ruler.
Other: 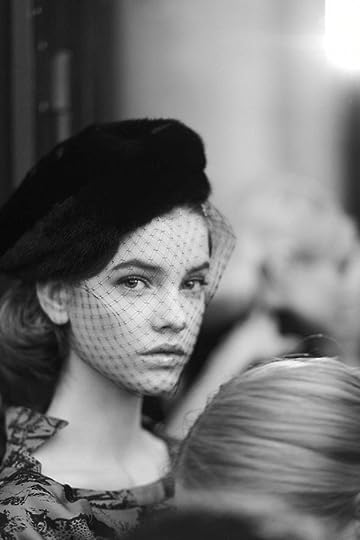 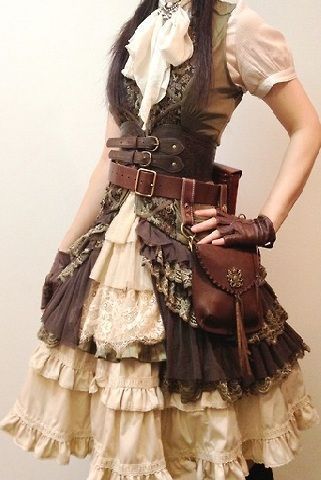 (hide spoiler)]
She also always wears a pair of gloves.
Personality: Tbrp’d
History: Clara’s father was a tinker and she spent most days with him in his shop, helping him with different projects or just holding the flashlight. She never knew her real mother, for she had died from an illness when she was very young. Her father, Louis Norwood, seemed to dwell over that. He remarried when Clara was twelve so she got a new stepmother. When Clara’s power almost killed a young boy, it was her stepmother who insisted she be locked up or taken away for good. Clara was confined to her room growing up, trying to control her curse. Her father passed away of the plague right after Clara turned 19. She took over his shop then, dedicating herself to fixing things. Clara has not seen her stepmother since the funeral.
Power: Poison generation (poisonous touch)
Other: She has a mechanical bird that she built herself. His name is Archimedes (Archie):
(view spoiler)[ 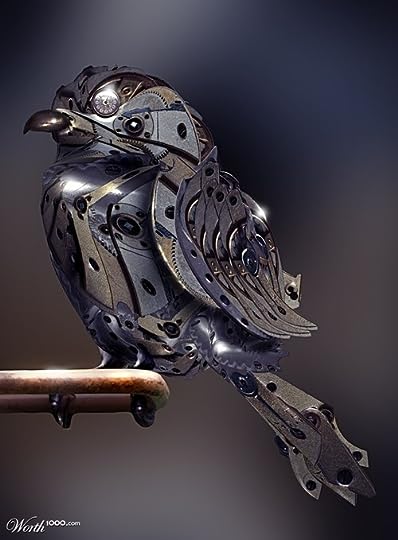 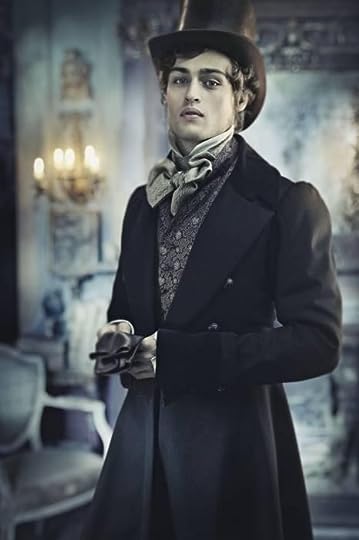 Personality: Tbrp’d
History: Adrian was dropped off at an orphanage a couple days after his birth, an orphanage located in one of the Magick containment cities. Those were basically poor little neighborhoods separated from the rest of the world by a stonewall. He grew up in poor living conditions, learning the necessities of survival from an early age. But, Adrian was always a little too bright and a little too curious. He snuck out through a crack in the wall every Wednesday when the others went to the Draining. That’s the only way his power has managed to stay so strong. He eventually ran away from that place, becoming a traveling conman, always on the run. He was caught during a big heist three months ago.
Power: Ink manipulation (can move ink, create things with it, etc.)
Other: The young boy he took care of, Hugo (will be elaborated later):
(view spoiler)[ 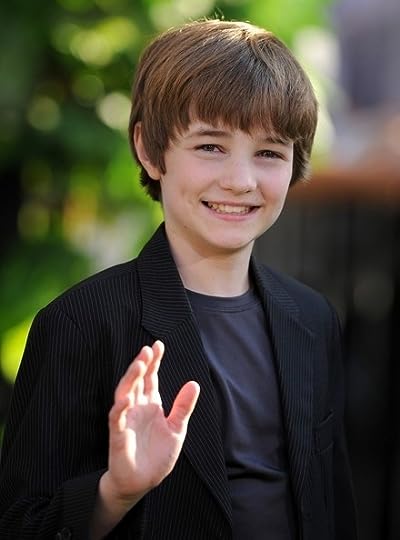 Sure! :)
But could you add Mathias' power real quick, please? And keep in mind, powers are a bad thing in this society if we go with the original plotline. Those with powers are looked down on and considered freaks, just slaves used for their energy.

What should he be? I can't think of anything right now...

Clara Norwood hadn't left her workshop since yesterday morning. She was way too focused on her work, and on a new project she had been given. A couple days ago, a man had brought her a Portscreen that hadn't been working correctly. For the life of her, Clara could not find the problem, even after basically tearing it apart piece by piece. She sighed, laying the disassembled parts on one of her work tables. Clara set down on the single stool in there and wiped a bead of sweat off her forehead. The movement attracted her attention to the gloves on her hands that covered everything from her fingertips to her elbows in a thick tan cloth. She hadn't touched a human being in 237 days.

Squeaking and clanking and shuffling sounds. They came from Archie, who was flying over to Clara. His flying pattern was strange and robotic looking, as if he had to force his wings inch by inch to move. Archimedes landed on Clara's shoulder, beady eyes on her as he continued to make noises. Steam rolled out of a tiny hole in his head. "Yeah, I know, Archie. But I can't just take a break. I've got a lot of work to do...Oh, be quiet, you!" She chuckled. Clara understood the creature perfectly.

Archie made another, higher pitched sound that almost seemed frantic. It hurt Clara's ears, really. "Archie! What has gotten into you?" She demanded, shrugging the metalic bird off her shoulder. He was her best friend, but he could certainly behave strangley for a mechanical companion.

Almost. Adrian Quinn had been tampering with the lock for three long minutes now and had almost gotten it. Today was the day. Today, they would bust out of this place. Adrian was no fool and he knes what was coming. There had been rumors spreading around the yard about how Drainings were getting more intense. He Magicks were being sucked dry. If there was one thing Adrian knew, it was that he was not going to be one of them. He had only had a handful of Drainings in his life, and they had been the most unpleasant things. Never again. He wanted to run away, escape so he would never have to worry about it. But part of him wanted to help the others. And then there was Hugo. Saving that kid was a must.

Adrian heard a faint click and smiled slightly, relieved. Someone had a lock picking set smuggled in for him two weeks ago. All they had been waiting on was the ship, and now it was prepared. Adrian pushed the iron cell gate open slowly, so as not to make a sound. He could hear prison guards muffled voices from down the hall, so he quickly and silently hurried the other way. Adrian found himself at the gate of York Wendall, another man who was coming with him. He was ruggid, honestly, and covered in tatoos of strange machines that Adrian had never seen before. York could have been considered quite strange with his red hair and scruffy ginger beard. Then, there were all the scars on his face and hands. He had always seemed like a gentle, kind hearted guy, though. And he would offer good protection, for Adrian had seen him brawl with others in the yard.

((That's fine! I understand completely! That's been happening to me so much lately, too. No rush and no worries! :D ))

reply | flag *
message 35: by [deleted user] (last edited Dec 16, 2013 09:59PM) (new)
Dec 16, 2013 09:59PM
Teagan crept through the abandoned building. She had her dark vision on, her eyes seeing everything that was going on behind the wall in front of her. The yellow figures that she saw were exchanging something. She slowly pulled out her gun and slipped through the door frame; sliding into the shadows. She ended her dark vision and lifted her gun at the first man's head; she pulled the trigger, the sleep dart plunging into the man's skin. Without hesitating, Teagan pulled the trigger again, hitting the second man. She put her gun away and quickly slid over to them. She took the object that was being exchanged and called in her men to take the bodies of the men to the head quarters to be examined, and be questioned when they woke.

Mathias sat around the long wooden table, his brow furrowed. A man shouted, "Well what would you have us do?" while another man answered, "Just throw them into the ocean where they will never be found! If the people find out about this they will riot." Mathias spoke in a calm, steady voice, "They will riot no matter what, and they are bound to find out at some point. The best thing we can do is tell them what we did, why we did it, and why it is for the best. The people trust me, and many are loyal to me." a quiet murmur went through all twenty-six of the men who were gathered around the table. "End of council, you are all dismissed." he said, as he stood up and exited the room.