Hi! Well I've got an idea and it goes like this:

This girl, she is really cold and even her touch is cold so people nickname her as the "Snow Woman". She likes to observe people and notices everything that is happening to her classmates in her class. Secretly, she is a novelist and types her story on her phone but her novels were getting boring since she didn't have any love in them. Finally, one day after school, she saw a girl confessing to a very popular boy in her school and he simply rejected her with a kind smile. The boy took out a notebook and drew a line somewhere, but he dropped it as he placed it in his pocket. She was curious so she went over to pick it up and realise that this was a book of all the girls who confessed to the boy and the only name left without the line over it was hers. Since she wanted her novel to excel, she took the book and threatened the boy to teach her what love is by going through missions which she created. Then.. she realises that their fake love was slowly turning to real with her own cousin, who she was always close with, slowly expressing his love for her.

sure, which Manga was it from?

Its really good (: So do you want to be the girl or boy? And for the cousin, I'll be him.

Haven't heard of it.

I'll be the girl.

You should go and read it ^^ I'll make the boy now.

Name - Shigure Kitami
Age - 18
Gender - Male
Appearance -
http://3.bp.blogspot.com/_TxjukBCj9JI...
Personality -
Shigure is a popular guy who is very helpful and is a supportive leader, resulting in many girls falling for his charms. Every teacher sees him as the model student. However, behind everyone's back he is secretly deceiving them, and shows his dual personality, complaining about people or even calls some teachers by harsh names, and writes his true feelings in his student handbook. The only people who know and have seen this side of him are Yukina(the girl), Hisame, Mami, and Akira. 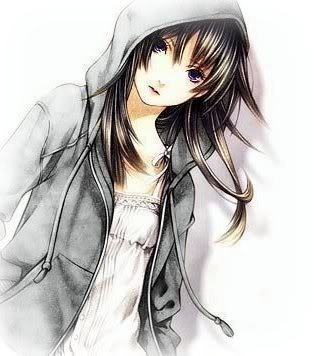 Personality -
She is a girl with a curious personality. Others stay away from her. She likes to write and try new things. Yukiko likes to watch what's happening around her. Her nickname is "Snow Woman." She secretly likes to write, but recently she felt her novels were getting less interesting. She knows something is missing.

Awesome (: Do you want me to start or you?

Can you? I'm not very good at starting.

Shigure walked into class, immediately greeted by a bunch of girls who asked him countless questions of his disappearance over the last few days. He smiled and shrugged, "But I'm here now." Shigure was extremely bothered by the girls but to accomplish his task, he would've to deal with them first.

Yukiko sat still, her head resting on her arm. She sat in the far back next to the windows. She didn't need to turn around. She already knew who it was by the voice as well as the girls crowding around him. She didn't understand why everybody wanted to talk to him.

At the end of class, several girls were giggling away and one of them said, "Hey girls, did you read Yupina's [Its her fake name since she didn't want anyone to know her real identity] latest update? You could've been better if there was love though.."

Shigure, on the other hand, was confronted by a girl who was in his former class. "I.... I would like to say something to you," she said quietly.

He raised an eyebrow, "Yes?"

Yukiko heard what the girls had said. Then she sighed. It was true. She could tell that herself. Then she spotted a girl that used to be in one of her classes. She listened as the girl confessed her love to Shigure. Yukiko just rolled her eyes. She had gotten use to hearing other girls give their love confessions to Shigure.

"I'm sorry Hinata, but I can't like you," he said as gently as possible.

"No, its fine. I know you'll reject someone like me but the reason I fell for you is that you held my hand when I was sick and comforted me. That's all. Thanks for meeting me here anyway," she said as tears whelmed up in her eyes and she quickly walked away.

Shigure sighed and took out a notebook, drawing a line over her name, smiling softly to himself and put it back into his pocket but he didn't realise that it had fell out of it in the midst of putting it back.

Yukiko saw something fall out of his pocket. It was the notebook that she had seen a few time already. She never knew what was in it. Yukiko was curious to find out what it was. She stood up, then picked up the notebook. When she opened the it, a surprised look crawled onto her face. It had all the names of the girls who had confessed to him, and they were also all crossed out! She found that there was one name that hadn't been crossed out yet. It was her own name. She was shocked at how this had turned out. 'Why would he do this? Probably for his own amusement!'She thought angrily.

Shigure had went back to class to pack his bag, in order to go home but when he did, he realised that he had forgotten to put his notebook in. He reached to his pocket where he was sure he put in a minute ago but the book wasn't there! "Where is it?" he muttered, starting to panic and started to search the classroom, under every desk and every loose floorboard.

Yukiko stood in the doorway. She held the notebook tightly in her hands. She had a grin on her face. "Your notes were very interesting." She seemed to be enjoying this.

"Gin-chan, can you give it back?" he smiled, but anyone could tell that it was forced out since the notebook was really precious to me. "Please?" he asked.