Anyway, what themes do you prefer?

Lol thanx. It slightly made mine. ._.

Oh okay. What type of plot though?

Hm can you pick one. I'm just flooded with notifications. o.o

Uh, maybe two highschool/college students (complete rivals) - They could've been messaging each other profusely, but they don't actually know they're talking to their enemy? Like, an anonymous chat-room with nicknames? Then, he could invite her to a masquerade and you know, bla bla - romance? I know that sucked, it's late.

No it's fine. I love the idea. :D my bad for the late response.

I don't even remember. Were we going to do doubles?

Just want to do doubles or singles? :o I don't know if I want to be a guy right now but I can try my best once again. I'm honestly like half asleep.

reply | flag
message 19: by [deleted user] (new)
Nov 28, 2013 09:15AM
To be honest, I think I'd rather do singles and play a guy. I can't really be bothered with two character profiles, and as I saw in your post earlier, the battle-to-death between female and male characters drives me crazy. Nonetheless, I enjoy playing a guy.

Lol it's okay. Singles it is then. To me it gets annoying when people always ask can "I play a girl?" It's like if you haven't already played a guy just yeesh. Sorry if I phone bitchy just some girl has been bothering me for the past several days. Any who I forgot but were adding a masquerade to the realistic plot? Cause I honestly don't remember.

I think that's how they were going to meet:3

Dear god that sucks. O.o Is it bad to say It's (view spoiler)[ Michelle is bugging me and I already told GR to do something about her before I send another request to them. She is such a bitch and will answer to everything. If she sees this I don't even care anymore. -_- (hide spoiler)]

Ah okay. Want to also add to the character template this:

Will that work or no? :o

reply | flag
message 23: by [deleted user] (new)
Nov 28, 2013 09:27AM
I've never encountered her, but I've certainly witnessed a few bitches on GR and won't hesitate to believe you and wish the best of luck in dealing with her. Though, my GR friend complains about that name more than regularly.

Then she or he must know that she is plainly annoying as hell. She is the one who just posted about you and thanksgiving on the request page.

Ah okay. Want to make yours first? :o Or shall I? I'm feeling lazy at the moment so mine might be short of the sort.

Yeah, I'll make mine as soon as I make my costa-thingy-ma-thing. So, what age-range?

Lol it's fine. I just my usual people or the model I can't even think of her name at the moment.

(view spoiler)[ OMG I got to see it. O_o I found one of a model you'll love me forever for looking at him. C; Names Ash Stymest. Search "Tumblr Ash Stymest" he's just like hottest male model I found and I always use him as FC. (hide spoiler)]

Ikr? He's down right gorgeous. Ah it's perfectly fine. I'm working on something else at the moment anyways.

Yeah, I shouldn't be too long, I'll post the template and work on it. 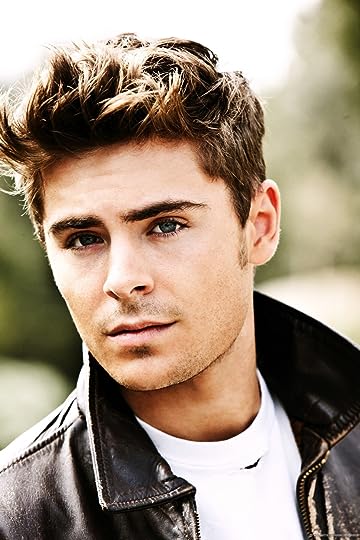 Personality: Sugar, spice and all things nice. Mica, despite having a bad reputation with many-a-being, had a heard deep down. Okay, very deep down, but it was still there, somewhere. On the outside, Mica was pure stone. With a short temper and creaky personality, he wasn't exactly your 'dream boy' - Though, he was (for a reason still not clear) a very popular boy. Probably for his looks.

There were more or less three friendship groups in Mica's glass: The nerds, the jocks, the Cheerleaders. Typically, most at war with each other, apart from the 'hot chicks' who were heavily in love with the football captain. Mica wasn't overly keen on popularity, simply because it made him the jerk he was. Mica wasn't that oblivious, he knew exactly what being highly-treated did to a man. Nothing good, nothing good at all.

Mica was one of four children, born on the 9th May, 23 long years ago. His siblings were: Angela, his twin. Kate, his youngest sister. Reece, his oldest brother, and Jason, the boy in the middle. The four grew up with Reece parenting them, at 30 he was more or less able to do so. The one problem with Mica was his parents and their lack of care towards their four children, who once upon a time they'd vowed to care for. Now, Reece had moved out, as had Jason. It was Angela, Kate and Mica all living in one apartment.

Other: Mica was message a girl online. His username was: TheFox, they'd be talking for a while. 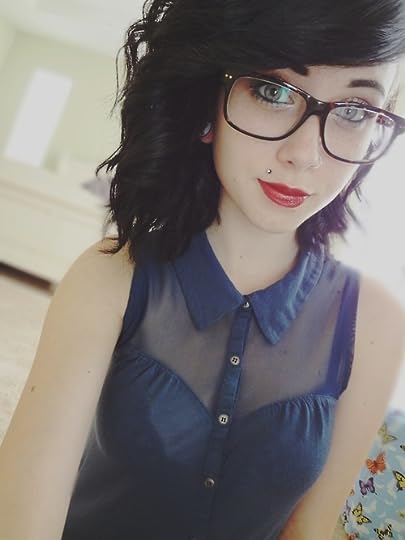 Could you? I'm eating xD

:o Sure. Where should I start off though?

Hm, texting during class? I mean, not as dull as that, but you know.

Sorry if it's taking so long. I'm trying to think of a honestly good detailed post.

Zandera headed towards school not really liking the mere idea of it except hanging out with, Ashley, Nick or even, Jared. With a exasperated sigh she fixed her blue beanie she was wearing along with the two different colored pants leg thanks to the very lovely company of Royal Bones along with her very favourite superman converse. Wearing her favourite outfit definitely made the day. Couldn't get any better with that? Surely not when she had to deal with Business 101 for photography first period. At least she had Study Hall third. It was a big luck for her or so she thought. She texted the guy she always talked to at night. Besides his name she got lucky enough for him to tell his real name as well.

So Mica enjoying collage campus life like I am? Or what exactly? Because the mere idea sucks except for what I really want to do which is Photography. Any who how's your day been going so far? Hope it's better then mine.

Putting her phone back in her pocket she headed to meet her friends for the first class which somehow had to involve itself in, Photography which she had no clue or any idea of.

reply | flag
message 48: by [deleted user] (new)
Nov 28, 2013 12:38PM
Mica's morning was much like Zandera's, though, getting out of bed bored him to death. Nothing interesting happened at home, nothing apart from his youngest sister talking about her day on the way to school. Even then it was just about her class sticking pasta to paper. After dropping his young sister off, Mica drove to school and stumbled into class, about to greet his friend, though he received a message from Quentin first.

Eh, no, I'm so tired. Biology first, I haven't even entered the classroom yet I'm already bored. My day hasn't been awful, but it could've been so much better; my little sister hasn't stopped talking about how pasta and glue go well together, lol.

Mica knew his day would be nothing short of crap, simply because the agenda was awful. His only lesson with real friends would be English, even then he was faced with Nick, Jared, Ashley and Zandera. Boy, he loathed them.

Zandera felt her phone vibrate and picked it up. She put a hand to her mouth and giggled. It was good to talk to him about things she couldn't talk to her friends. Made her laugh of the sort in a happy way. She didn't know it was truly, Michael the one she hated since high school. But then again he didn't know it was, Zandera the one he hated the most. That was the good thing about the internet. Truly she loved the mere idea of it.

You just made my day. I really needed a laugh. Sounds like your sister is so boring. At least I have a elder brother but he always calls me "shorty" it drives me insane half the time. Pasta doesn't go with glue. It would taste disgusting. I forgot what were you going to major in again? Just kind of curious at the moment.

As for, Zan she hated the idea of meeting up along side with, Michael in English class. He was so annoying and his down right attitude drove her insane. But she didn't know it was him that she talked to. He knew she meddled herself in things that she shouldn't have like drugs, alcohol, and having to go to a mental hospital for her drug addiction along with bipolar. But luckily her record ended up clean. Collages wouldn't except her but somehow she got lucky. And not just lucky but very lucky at the least.

So far, 'Quentin' had been the highlight of his day, and honestly and made him feel so much happier about having English. Sure, working close, or even far from Zandera was a chore, but knowing the girl he'd almost developed an internet-crush for was available to chat made him feel more than better. It made him feel exuberant, he finally had a distraction. So, upon sitting down, he pulled out his phone - ignoring Zandera, as usual. The two would happily rip each other apart if they had the choice.

Well, I guess in her defence she's only 7. Aha, I have a twin sister who's convinced Karma exists ever since I broke her necklace and the very same day my hamster died. Weird child. I'm majoring in Sciences, Forensics to be precise. What about you?:D - Sorry, I'm literally so bored right now. Mica sent. Ironically enough, it wasn't overly obvious that he was the sender.

"Oi, Mica, you enjoying time with Zan?" Mica's best friend Riley called out, she'd had a crush on Mica for a while, but he had no real interest. "Not really, all I can smell is shit."