Once Upon A Time-[Advanced Roleplay] discussion 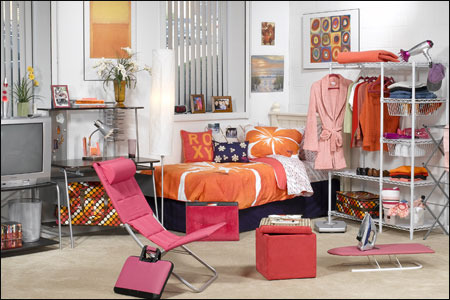 ((haha we have a separate dorms as well))

((Yes urg the app is kind of annoying, you cant edit or delete and do alot of important stuff))

As Gretel enters the dorm room for the first time she looks over to Thumbelina's side to see that she had already came in to set up. Gretel was slightly upset because she thought they should enter at the same time, together as friends. "it looks like we aren't as close as I thought we could've been" She says to herself. She walks towards her bed where 3 large suitcase laid. she unpacked the first one which contained most of her decorations. she had a window on her side so she placed three, small plants, called ever-Verde plants which basically means ever green plants, at the window sill and a drawing manikin. she hung a small wired birdcage filled with daisies and a arch at the head of the bed that had a rack filled with little pillows. after an hours of hard decoration time, the room looked like this 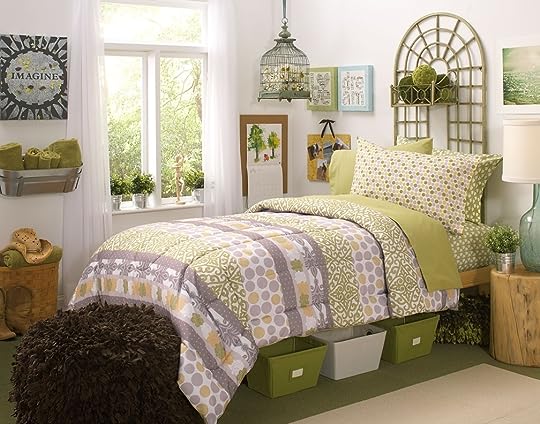 she had a requested a wooden wardrobe and green paint which she got. She laid newspaper at the bottom of the wardrobe and opened all the window. then she set to work. with quick even strokes she finished painting it in 2 and a half hours. with some final touches she let it dry then neatly placed her clothing inside. it had sections on one side and a metal pope in the middle for hanging long dresses and other clothing. there were small draws at the bottom for her other stuff like small personal belongings and books she brought along.
Wardrobe: 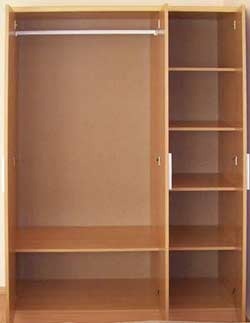 She stepped back and looked at her section of the room. It was complete. "puff" Gretel was out of breath after that marathon room make over. she walked over to her bed and fall down backwards.
ahh its finally done, now I I can re Gretel thought sleeply but never finishing her thought.
Gretel was out with two minutes.

Storming outside, Thumbelina ran to her dorm, finding Gretel sitting on her bed as if in thought. "Hey, I'm really sorry about what happened at the dining hall. It was just..."

Gretel groaned in her sleep then murmured "what?" . She was woken by the sound of someone rushing into the dorm room. "what, what's wrong, is there a fire." Gretel said in a daze, slowly getting up, "what is going on." But then she saw it was Thumbelina. She quickly then laid back down to pretend to fall asleep and she faced the wall. She didn't really want to talk to anyone right now Especially Thumbelina. Even though it isn't in Her nature to hold a grudge this long, it was different this time. It hurt so much, everything that Thumbelina did. Gretel knew it wasn't Thumbelina's fault but still...

reply | flag *
message 10: by [deleted user] (new)
Nov 16, 2013 11:06PM
"Really? The silent treatment! What did I do to deserve that!" she exclaimed angry for being accused. Thumbelina didn't remember saying or doing anything nasty and already she had someone try to ignore her. So far her new school experience wasn't going as planned. She breathed trying to calm herself. If Gretel was going to act like this so be it. Walking over to pink recliner, she sat neck outstretched looking straight at the ceiling. "I'm so sorry. Can we forget the whole Rosalie/Robin situation and call a truce?" She asked looking at Gretel with hope she might accept.

"um can we talk about this another day" Gretel says to the wall, "I'm kind of tired right now, as I hope you can see", Gretel mumbles the last bit. Then she turns to Thumbelina, "I just want to go to sleep" She then turns back to her window and green plants. Gretel really wanted to sleep and didn't want to pick a fight.

((do you hear the thunder))

(( im going on my phone so im using the app, I might reply slower and I cant edit so if a need to it will be like this))

"Fine." she muttered, getting up off her cozy chair. She walked to the light switch, paused, and said "Goodnight." Not waiting for a reply she flicked the switch and walked over to her bed and sat beside the millions of pillows placed around her. To be honest Thumbelina wasn't tired so, in the darkness, she watched Gretel as she fell asleep on her patterned bed. Her mind filled with regret as she watched Gretel act so innocently and for the third time she whispered, "I'm sorry, I should have came to comfort you in the bathroom, but I took Rosalie's side. Please forgive me."

At that moment Thumbelina tucked her body away inside the blanket covers and tried her best to fall asleep, to escape reality for a few hours.

gretel heard thumbelinas appology and felt sorry for her. "she must have had a hard time at school" gretel thought. she thought back at the time when she was bullied. "tommorow ill make it up to her for being so inconsiderate" she thought, then gretel said a quiet "goodnight" and immediately dozed off ((sorry for dont repling straight away i was making fruit salad))

((oh dear another loud one))

((i think i pooped my pants that was super loud))

The next morning Gretel woke up really early. she went to tend her plants and then gazed out the window. it was a fine day today and slowly Gretel had thought of a plan to surprize thumbelina. Gretel then moved to her daily yoga.

reply | flag *
message 28: by [deleted user] (new)
Nov 16, 2013 11:51PM
Thumbelina jolted upright after hearing unusual 'humming' sounds. Suprised, she saw Gretel in somewhat of an awkward position. "May I ask what the hell you are doing?" she asked giggling.

"oh my daily joga, would you like to join me? have have another mat." Gretel smiled at Thumbelina, glad that yesterdays mood hadnt make it over to today. Gretel could feel it was going to be a good day,"so how was your first night" she asked

reply | flag *
message 32: by [deleted user] (new)
Nov 16, 2013 11:56PM
"I'm not exactly sure whether not dreaming means you had a good night or a bad one? But I guess it was alright except for the raccoon sounds from outside!" She felt the yoga mat and rotated it to her liking. Thumbelina knelt awkwardly and comprehended Gretel's actions after getting somewhat of an understanding she mimicked them.

"um strange i didnt hear any noises which probably means i slept like a baby" Laughed Gretel. she changes the yoga move to the flamingo. she balanced easily on one leg but when she looked at Thumbelina she... ((this is when you say what thumbelina is doing is she unbalanced or is she incredibly good at it))

reply | flag *
message 34: by [deleted user] (new)
Nov 17, 2013 12:08AM
fell on her wrists and squealed in agony. "Ouch! How do you get your body to do that stuff?" Lifting herself up off the ground groaning she stared in admiration at Gretel who had no trouble at all performing the flamingo stance.

"um years of practice, anyway enough with the yoga, i want to show you something" gretel says excitingly. "get dress and ill meet you out side the empty classroom. Gretel had planned something big last night when Thumbelina was asleep. she couldnt wait to show it. "Im going to the bathroom to freshen up ok?"

reply | flag *
message 37: by [deleted user] (new)
Nov 17, 2013 12:16AM
"Cool, I'll see you there!" She walked to her bedside drawer and rummaged through her clothes trying to find the most fitting outfit for the weather. She slipped it on effortlessly and walked out the door, locking it before she left.

((its done just make your character enter
the room and then ...))

Once Upon A Time-[Advanced Roleplay]