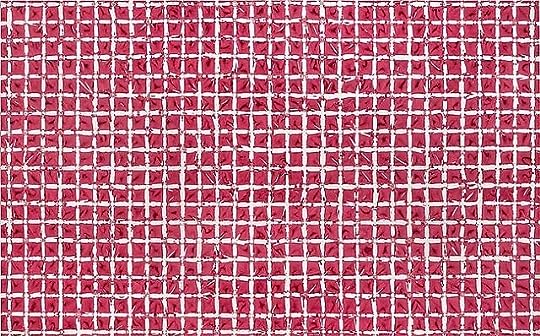 I'm sorry, but it reminds me of the Amsler Grid they use to test for Macular Degeneration. My grandma has one on her fridge. 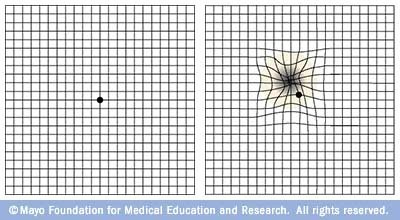 Heather wrote: "I'm sorry, but it reminds me of the Amsler Grid they use to test for Macular Degeneration. My grandma has one on her fridge.

BUT, I have to say, the painting is much prettier!

Admit this is a little weird.

Masao Kinoshita
Anatomical art of fanciful creatures. I never thought about it too much but gods and goddesses, mermaids and unicorns have to all have anatomy. 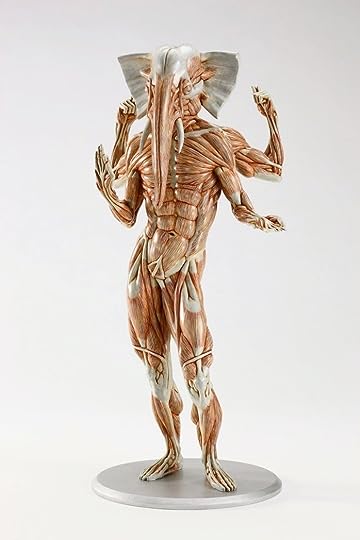 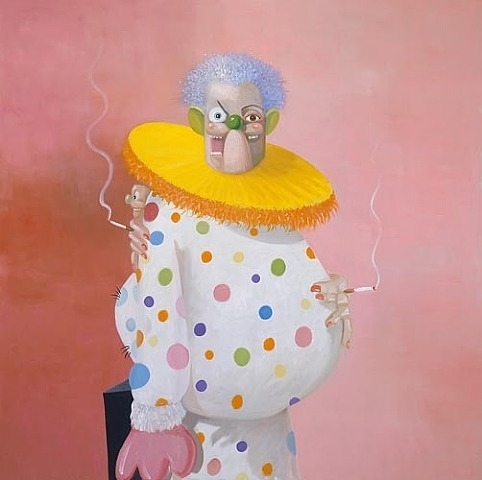 Ah, we do have a price on this one. $950,000. I'm a tad surprised it's quite that high, although maybe I shouldn't be because Condo is a well known artist.

Ed wrote: "Admit this is a little weird.

Masao Kinoshita
Anatomical art of fanciful creatures. I never thought about it too much but gods and goddesses, mermaids and unicorns have to all have anatomy.


It grabs your attention. It's art! I will show this to my daughter.

I just happen to have that amount in my pocket.(In my dreams) It's a fun one to look at though. 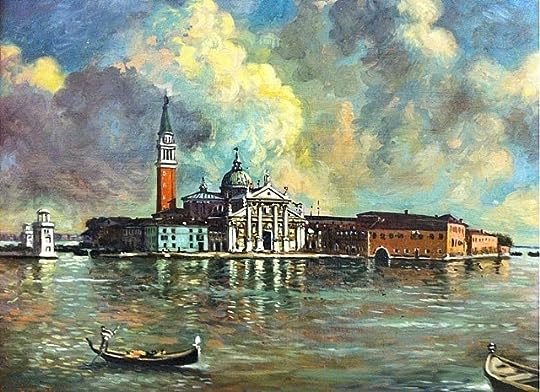 Not his usual stuff.

Although, I have to confess: the more times I come back to look at it, the more it grows on me.

Ruth wrote: "Not his usual stuff."

My first glance without reading the name of the artist below it, I didn't think it was a Chirico. I like it, and when I scrutinize the details, it does look more like him. 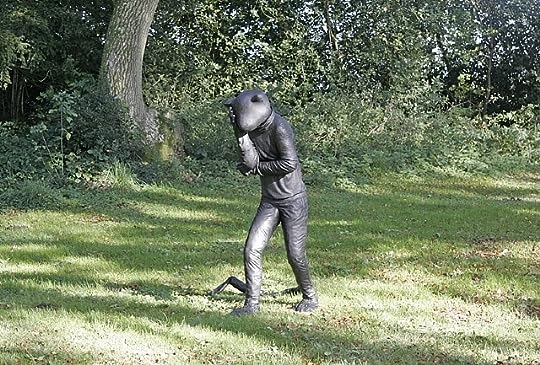 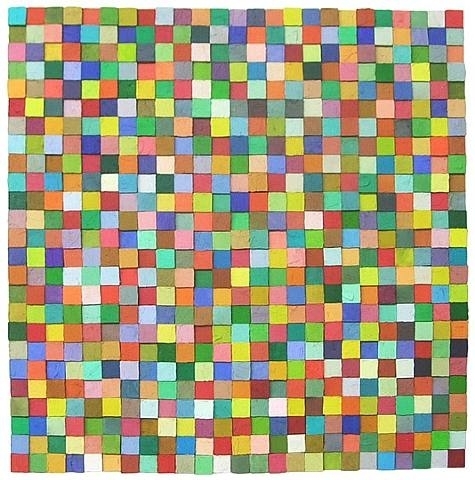 So cheerful. Reminds me of Paul Klee; also of a trivet I made myself out of ceramic tiles.

This one is fun.


I like this one. It has that local art feel to it. 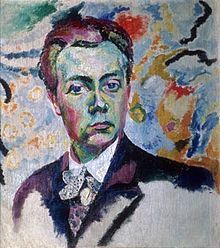 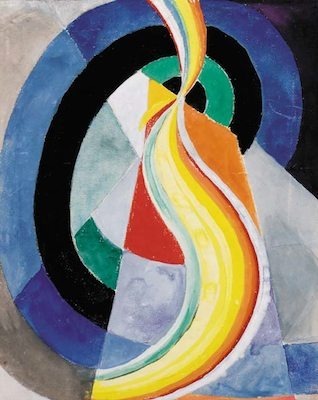 MORE: http://www.eternels-eclairs.fr/tablea... (sorry it's in French) 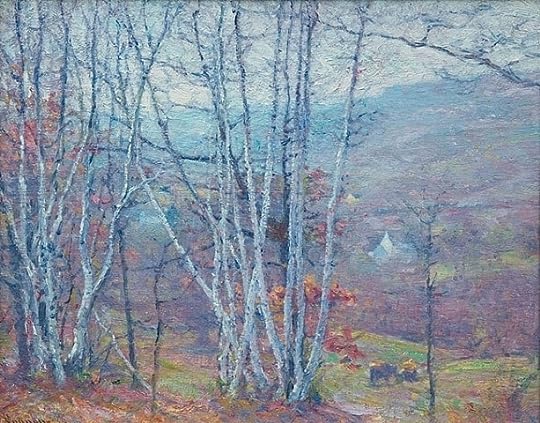 An example of American Impressionism. 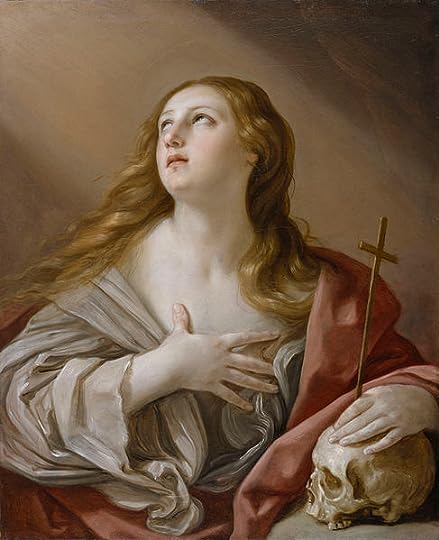 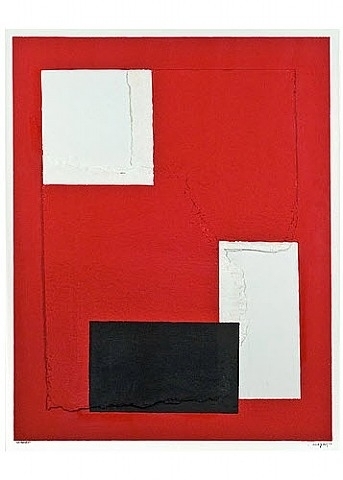 Thank you for sharing this (along with all your other fine picks). On first glance I thought it was a Rubens, but maybe I'm not as well-versed in his work enough to tell a huge difference. Are they both Renaissance? Interesting...the momento mori of the skull with her hand resting on it. Especially the hand holding the cross. Very symbolic.

Just out of curiosity, was this painted in 2006? Or is it a look into the future? Why is it a symbol? Of what? Hmmm, interesting.

Just out of curiosity, was this painted in 2006? Or is it a look into the future? Why is it a symbol? Of what? Hmmm, interesting. "

Yes, it was painted in 2006. It does look a lot older than that doesn't it. I have no idea what it is symbolizing.

Heather wrote: "Thank you for sharing this (along with all your other fine picks). On first glance I thought it was a Rubens, but maybe I'm not as well-versed in his work enough to tell a huge difference. Are they both Renaissance? Interesting...the momento mori of the skull with her hand resting on it. Especially the hand holding the cross. Very symbolic. "

Guido Reni is "high-Baroque", of a Bolognese school of painting that included the Carracci brothers. They soon left for Rome; he finished out his career in Bologna again.

The Italian Baroque can be said to last from 1600 - 1800. The Italian Renaissance lasted from the 14th to the 16th century. All these dates come with wiggle room, of course. 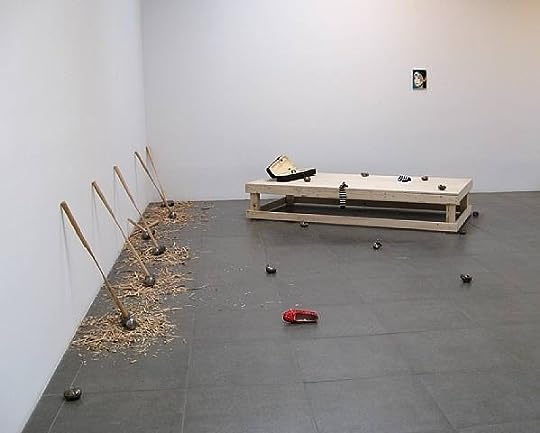 reply | flag *
message 30: by [deleted user] (new)
Oct 01, 2013 05:17AM
Something about the red shoe gives me the creeps. It wouldn't have phased me but the red show makes me think there was a torture victim in the room. I think I've read too many mysteries and seen too many cop shows LOL

It just made me think of Dorothy in the Wizard of Oz.

Interesting comparisons, Jamielynn and Lobstergirl. That is my focus of the whole thing...the red shoe. Maybe it was meant as the focal point. I don't read mysteries or see horror movies, but it gives me the creeps, too. Why aren't there two? What did the artist mean by just one? And why red? Red can be very symbolic in art.

I know this is the art of this generation, but I wanted to post a few of the symbols of red from past movements in art.

In ancient Egypt, red was associated with life, health, and victory...Red ochre was widely as a pigment for wall paintings, particularly as the skin color of men.

In Ancient China, artisans were making red and black painted pottery as early as the Yangshao Culture period. (5000-3000 BC)

The ancient Romans were lavish in their use of red in interior decoration. This is a fresco in the House of the Vettii in Pompeii, from about 62 AD.

(When I went to Pompeii, I heard that specific shade called 'Pompeian red')

After the fall of the Western Roman Empire, the Byzantine Empire, the princes of Europe and the Roman Catholic Church adapted red as a color of majesty and authority. It also played an important part in the rituals of the Catholic Church - it symbolized the blood of Christ and the Christian martyrs - and it associated the power of the kings with the sacred rituals of the Church.

Emperor Charlemagne painted his palace red as a very visible symbol of his authority, and wore red shoes at his coronation.

In Medieval painting red was used to attract attention to the most important figures; both Christ and the Virgin Mary were commonly painted wearing red mantles.

Interior of a Byzantine church, the Cathedral of Monreale in Sicily, with a mosaic portrait of Christ dressed in red (12th century

Red clothing was a sign of status and wealth.

During the French Revolution, Red became a symbol of liberty and personal freedom

The French painter Henri Matisse (1869-1954) was one of the first prominent painters to use the new cadmium red. He even tried, without success, to persuade the older and more traditional Renoir, his neighbor in the south of France, to switch from vermilion to cadmium red...he wrote. "A certain red affects your blood pressure."

The Dessert - Harmony in Red, (1908) by Henri Matisse. Matisse used red to stimulate the emotions he wanted the viewer to feel.

Surveys show that red is the color most associated with courage.

The Thin Red Line at the Battle of Balaclava (1854), when a line of the Scottish Highland infantry repulsed a Russian cavalry charge. The name was given by the British press as a symbol of courage against the odds.

Red is the color most commonly associated with joy and well being...In China, it is considered the color of good fortune and prosperity

Traditional color of warning and danger.

Red by a large margin is the color most commonly associated with seduction, sexuality, eroticism and immorality, possibly because of its close connection with passion and with danger. In 17th century New England, red was associated with adultery.

Colors have a strong effect on emotions. Red for one person could be horrific if it's a bad trigger and for another it could bring great joy because it reminds them of Christmas.

The art history on the subject is very interesting. Thank you Heather.