You can claim whatever character you want from the series....i don't care if they died in the series or got killed...they will be alive on this rp....and make more interested none of them aren't married

they will be single and can choice their age too....


The king queen will be decide by me.......and my other other mod sarah

if not in the series made up one


They have to be approve before you can role play.

i have claim Daenerys Targaryen

i had a figure u choice her sure

[Personality:]
Arya is a hotheaded little noble. She is the complete opposite of her sister, Sansa, who follows the rules, likes to spend her time eating lemon cakes and drinking tea with Princess Myrcella, and looks forward to being wed. Arya is rebellious, arrogant, and often gets into fights with her sister, whom she hates. Arya hates her life as a noble and wishes she could have more freedom to do whatever she wishes to. She is horrible at stitching and hates Septa Mordane, who gives her best to try and control Arya to turn her into her sister.

[Typical clothing:] Leathers, hunting gear. Tends to avoid dresses because they are impractical.

[Backstory/History:]
Arya grew up in Winterfell with her family. She grew very close to her Bastard brother, Jon Snow, who seemed to care for and understand her more than the rest of the Starks. 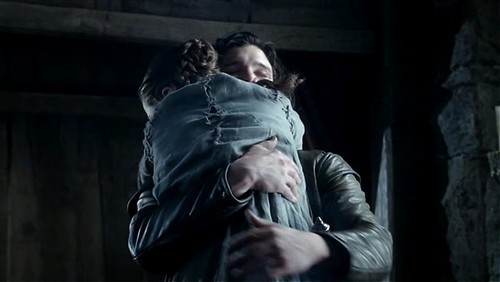 She never got on well with Sansa, and is often reproached and scolded by her father and the Septa likes to lecture her. She spent her free time riding and losing herself in the wilderness, much to her fathers dismay. She tried to spend as much time as possible out of Winterfell. She dreads the days when Jon leaves Winterfell for long periods of time, and misses him.