Here are a few of my favorites

Those are a lot of my favorites to. So what's your idea?

2 teens wake up in a room. They don't remember anything. They both are on two different tables. There is an experimenting doctor who took them for his/her experiments. He/she is kind of a mad guy. The boy and girl try to break out as their memories come back.

Whoever is the doctor would decide if they wanted it to be a female or male.


Supernatraul Idea I've done this one a few times.
From a young age a certain amount of creatures are selected to attend a school in which they become Guardians. Guardians are meant to train supernatraul creatures that are just beggining to discover their powers, and to protect them from falling in with the 'evil' group of supernatraul (Whom is set on destroying humans).

Anyways Guardians have to work with partners to train/protect their asignment. yet one of the Guardians is secretly working with the bad guys, trying to get his 'asignment' - who perhaps is a rare creature - to join the dark side. Unfortunetly for Guardian A, Guardian B is someone who is slow to trust along with loyal and dedicated to her/his job. Guardian A is forced to take extra messures to gain Guardian B's trust, possibly by trying to make Guardian B fall for him/her. Basically the characters would be Guardian A {Secretly working for bad guys} Guardian B {Dedicated to his/her job} and their asignment {Teen who is just getting his/her powers}


Medevil Love Traingle
A member of the royal family - prince of princess - is begging to either (A) fall for his/her best friend whom is a servent (B) fall for a peasent they met while sneaking out. But has an arranged marridge to a princess/prince of another kingdom. At first they are against the idea but then come to realize the other royal isn't all that bad. And wal-la. If you want to add a supernatraul element, then they could be humans with powers or supernatraul creatures.


High School
A popular, a nerd and a bad{Boy/Girl} get drawn into a school project together. If you wanted to add a supernatraul element to that you could make it so there like werewolves/vampires/werecats and something and two of them are from rival clan/coven/pack/pride while the badboy{Girl} is a loner of the speacies. Heh, I didn't put much thought in this one XD

I guess we'll have to wait until Jazz comes on to see if she likes either of those ideas....

Hmm. So do you prefer being a girl or guy?

I prefer girl but I could be either

Anna wrote: "I'll do anything"

Do you guys mind if we do my idea, in that case? You two can have first pick of characters : )
Though I think one Guardian should by a guy, while the other is a girl.... *Shrugs*

I'll be B or the their assignment

I don't care which I am really. I'll be anyone

reply | flag *
message 19: by [deleted user] (last edited Sep 04, 2013 10:36AM) (new)
Sep 04, 2013 10:33AM
(view spoiler)[ Templates here are compiled by link: Jazz Templates compiled by me! Do. Not. Reuse. I mean, don't reuse without my permission. Ever. Or else face the harsh consequences. I'll hunt you don't personally and rip you apart and feed your bad mess of blood and bones to my chihuahua and labrador. And also the neighbour's German Shepard. They simply love meat. All templates used here are made by Antonia. If you wish to use, ask permission from Antonia first. (hide spoiler)] 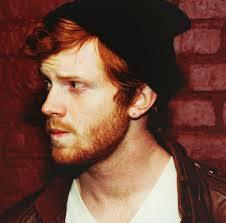 His form could be called deadly beauty: his hypnotizing blood red eyes, his capturing smile and his sweet scent. He has tight muscles and fairly muscular but strong biceps. 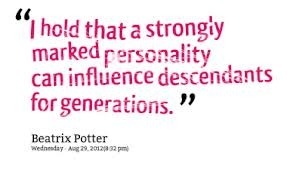 ░▓░ Personality: Though Sebastian, deep within his dark recesses of his being, is a malicious brute, he does well to hide this; he is not completely incapable of affection and passion as he claims, he merely makes false accusations of himself due to the unfavourable and irrational assumption that to have sentiments would only slow him down; true and false at the same time. On the other hand, he is merely a gradually fading and ominous apparition whom keeps his distance from most situations due to a fear of unsavoury outcomes. Though even without the façade he is still cold, just less angry, less dangerous. Given the depth description of all things negative about him, one would assume this is all there is; most of the time, Sebastian is a relatively neutral androcentric organism whom can just get agitated easily if surrounded by an unfortunate atmospheric setting. In addition, he is a top notch jerk -- 'cause he wants people to be drawn away from him. He has an offensive, witty remark for any insult that is thrown his way. People around the institute have this saying; 'You can't insult Sebastian. Only he can insult you.' The remarks he makes are like an annoying stain on your favourite t-shirt; you try to ignore it, telling yourself it's not that noticeable -- not that bad. You'll keep thinking about it, you keep probing and touching at it and suddenly it seems a thousand times more annoying and you try your best to get rid of it, but it won't come out. His words stick in your head.

Overall Sebastian is just a slightly taciturn young man who takes pride in himself but secretly lacks in proper armour. Being silent and reserved to those he deem unknown, he is articulate in speech when needed to speak; he chooses his words carefully and with tact, though, if piqued, he can obtain a sharp-tongue. Perhaps being a little ways overly circumspect (often due to a lack in trust or a fear of unfavorable outcomes), he prefers to keep his thoughts to himself. Despite being known to go ballistic, he obdurately adheres to a firm set of aphorisms; he is empirical to a limited extent, though at times his sentimental issues drive him to make audacious decisions. Sebastian is hesitant to forgive as he takes gradually to profound anger; profound anger is the only point in which he resents anyone; he simply does not disregard transgressions committed opposed to him. Being one whom has a cacophonous presumption upon the kind of man, he is known to shy away from those who are unfamiliar for lack in better temperament; he may come off as frigid or indifferent at best. However, he is willing (albeit hesitant) to extend a hand of affiliation if he deem the individual trustworthy and relatively conscientious. 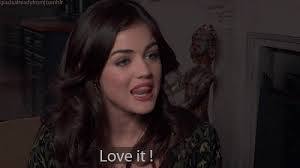 ☻ Money: Yeah baby! Money's life. I wake up everyday to get more money and luxury.

☻ Posh areas: Those are filled with shiny cars, hot chicks and all thing good.

☻ Weapons: Psst...no one besides me knows but I know how to use next to every weapon found on earth. And I got a personal weapon shelf too.

☻ Martial arts: When you got no weapons, this genius comes to rescue

☻ Gaming: Who doesn't? Dude, do you have the new game of Black ops? 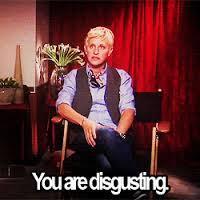 ☹ Working: Not my job. I hate it. Chapter closed. The end.

☹ Pink: Who in the bloody hell invented this colour? Despicable....

☹ Angels: Worst race of creatures. Ever! 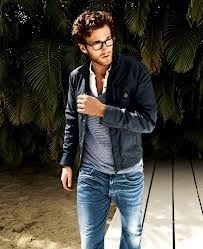 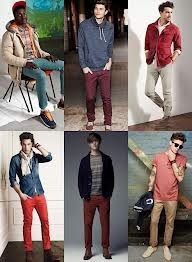 I'm creating mine now. Let me open my laptop

(view spoiler)[This is my first template I've ever made and saved onto my laptop. Do not use without my permission. (hide spoiler)]

A day without working or training, makes you weak and lose.

Element Wind and Ice I can make you blow right out of this room. I could also freeze you. Don't push it. 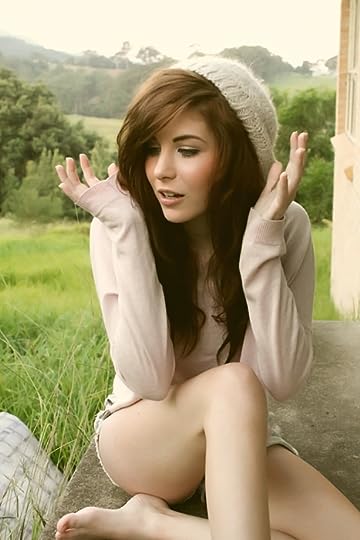 I don't like you. In fact, I only tolerate you.

{Personality} Cassidy is a normal girl. Ok, maybe that wasn't right. She is a guardian. She works ALL the time. If she doesn't have an assignment to do, she spends her time training. People call her a bore, but it doesn't get to her. She likes working. Her partner, of course, disagrees with her. He hates working.

Cassidy tries with her hardest, no matter what the job. She has problems with trusting people. Especially her partner..... There's just something about him that makes her feel uneasy. She ignores him as much as possible. She is caring to people who don't annoy her. 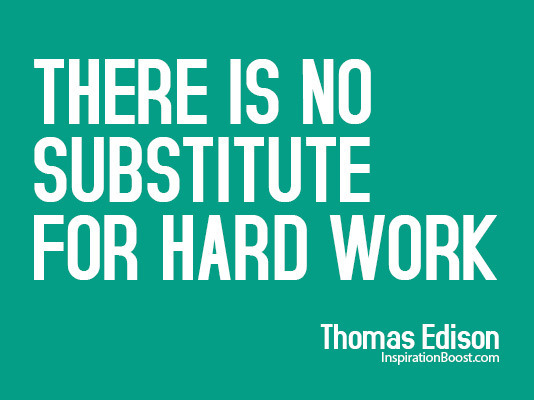 + Working Who can hate something if they didn't try their hardest?

+ Training If you don't train, why don't you just go off and get yourself killed on the next job?

+ Books Instead of rotting your brain, why don't you read?

- Her partner Sebastian He gets on my nerves. I'm pretty sure he annoys me on purpose. If he's not going to help, he's in my way.

- Idiots They get in the way of my job. 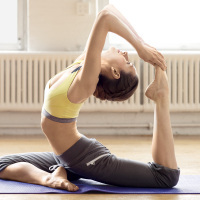 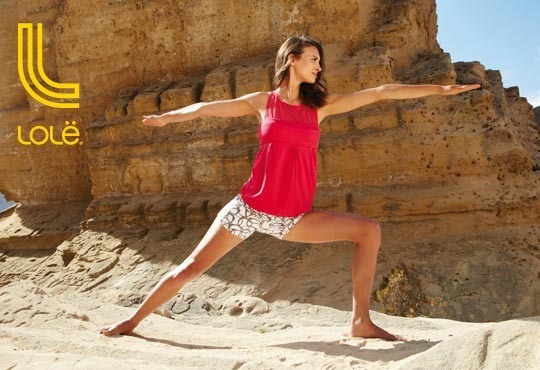 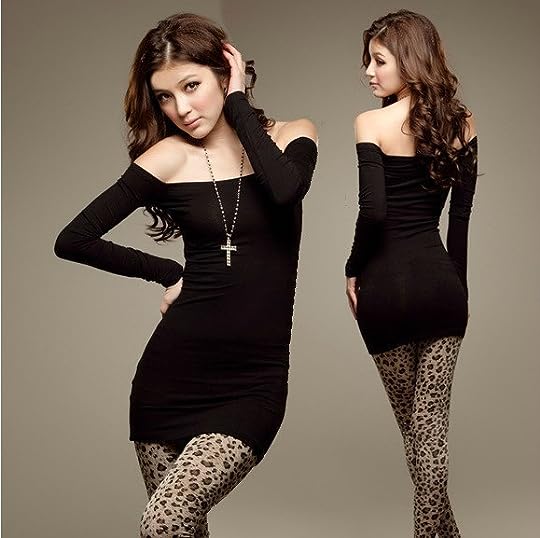 (If her work requires her to dress up)

{Other} She isn't a fan of surprises. Don't surprise me. I hate surprises.

Now all we have to do is wait for Silverlight to post her Charrie up then roleplay!!

Oh wait...if we're doing something like supernatural academy roleplay, you missed out on Cassidy's powers!

Awesome! And Sebastian's her partner. Why did wicked ideas suddenly start up in my mind.....??

Hahaha. She hates him if you couldn't tell. He gets on her nerves and she has problems trusting.

I got that one. That was one of the main reasons which lead to the wicked ideas. I got a perfect idea in my mind already.

BTW she goes around alot in a sports bra and tight workout shorts. She loves training... I had so much fun making her!!!

and I'm worried for your ideas... although this could be fun

I added another dislike on her thing

Ha! Now that they are polar opposites, I think I won't be abandoning this thread for a while. When things start getting boring, I tend to abandon the thread. Maybe you'll find me answering on it months later when I'd get bored again.

I have abandoned a few threads in groups... they were just boring... But this one already sounds interesting

Yups. I'm eagerly waiting for Silverlight to post her Charrie so we can rp already.


Cassidy is going to be so fun to rp

Cassidy is going to have such a hard time with Sebastian. She would like punch his face in but she is too nice for that. Plus she's ice and wind while he's fire. Fire is her weakness.

Haha! And I made him an elite traitor guardian! So he's almost invincible!

Cassidy is going to have big problems with him.

Yes she is. But where the heck is your Silverlight which we both have been waiting for?

Ya ya. Can you start?

Cassidy was walking through the halls of the building. She was wearing a sports bra and tight workout shorts. She was focused and did a cartwheel with a front flip.

She started to do a backwards handstand and flip so she wasn't face to face with him.