Rank: Warrior
Personality: Nightsong is an extremely brave, loyal and courageous wolf. She is also very curious and hard to take down in a fight. Most don't know how strong she is, but she is one of the strongest in all of the packs next to the pack Alpha's.

Appearance: http://alzephyr.tumblr.com/post/46267...
Fur color: brown, reddish, tan, black, white.
Eye Color: hazel
Facial Features: look in picture, has a scar over her right eyebrow and a straight scar across the top of her nose

History: Nightsong was the runt of the litter. Her parents expected her to die within a few weeks, but Nightsong survived. When Nightsong and her siblings were only 4 months old, her parents were caught in a wild fire and they were never seen again. Nightsong, Patch (her brother), and Coal (her other brother) wandered around until they found this pack. Nightsong grew up into a wolf who was brave, and strong and stood up for the weaklings of her pack. She is currently a warrior with her brothers, who together, are some of the best fighters and hunters in the whole pack and the other packs.

Yay! DW, does she sound familiar to you?

Element/power: Anything that has to do with metal

Appearance: http://tswolf.mymiddleearth.com/files...
Fur color: Dark creamy grey
Eye color: White
Other markings: None
Extra things: One tooth in the front of her jaw is made out of metal

Element/power: Unknown, but whatever it is, it's powerful 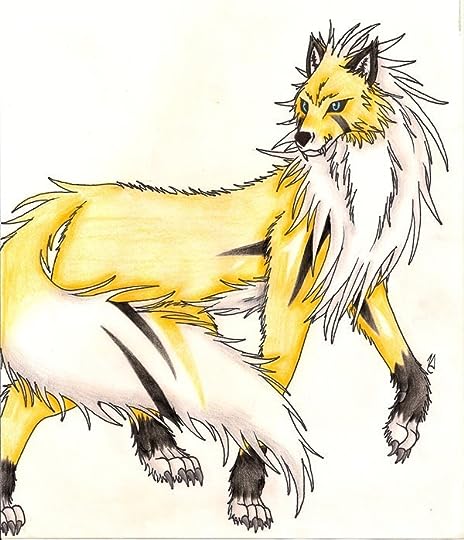 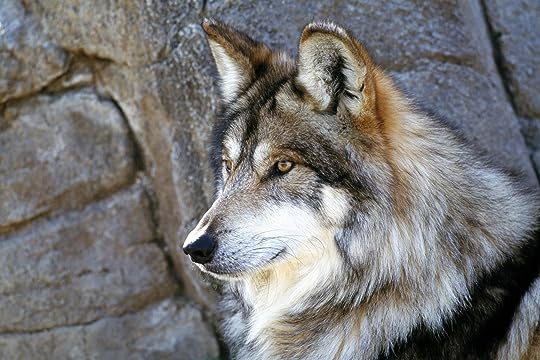 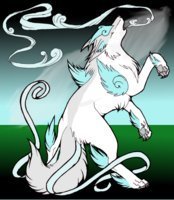 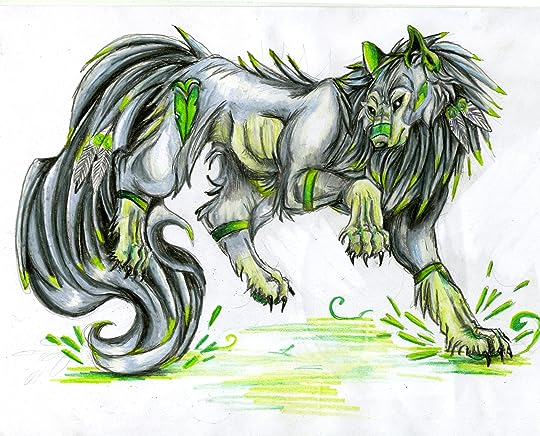 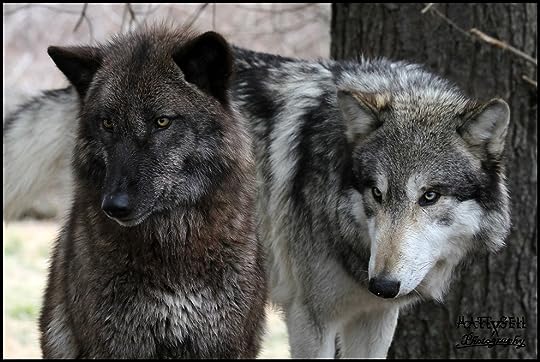 Personality: Strong willed and stubborn but willing to listen to her Alpha

Personality: Fun loving and playful but can be serious when she needs to be

Appearance: http://i48.tinypic.com/153popz.gif
Fur color:Black and glows blue in some spots
Eye color:Blue
Other markings:She has blue markings that glow on her body at night but can make them stop when she needs them to
Extra things:Can easily blend into the shadows

Personality:Luna is a very closed wolf. She loves to hang out and talk with her packs members, but she has never told anyone what happened to her or her brother when they were cubs. Secretly she is very lonely and wishes for a mate, but her brother is good enough when it comes down to it.

History:Luna and her brother had something terrible happen to her family when they were pups and they choose to not tell anyone about it.

Personality: Apollo is more open when it comes to other wolves, but is very protective when it comes to his sister. He has secrets he keeps to himself, like what happened to him and his sister when they were pups. Both chose to never mention it again and to this day have never looked behind. Apollo is very strong willed and will never give up. He is one of the best warriors in the pact and plans to keep it that way.

History:Something terrible happened to him and his sister when they were pups, and they both chose to never speak of it again. They both eventually found a new pack to join and live happily. 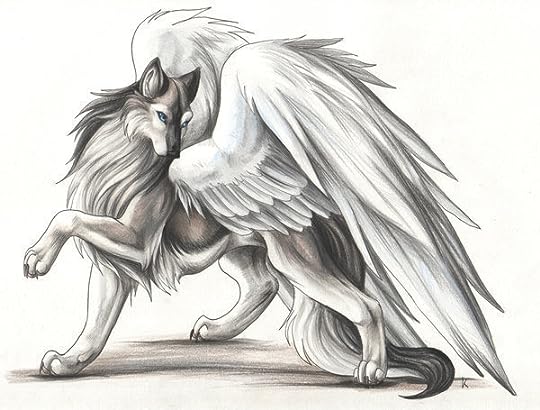 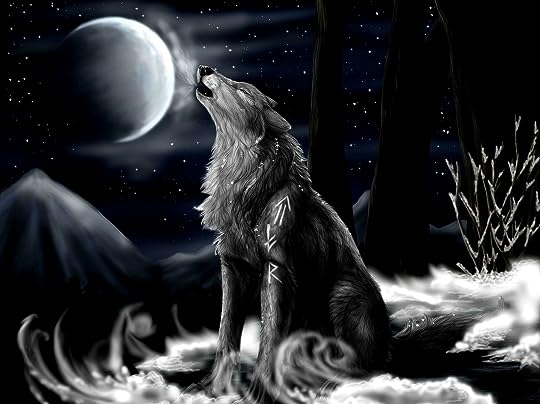 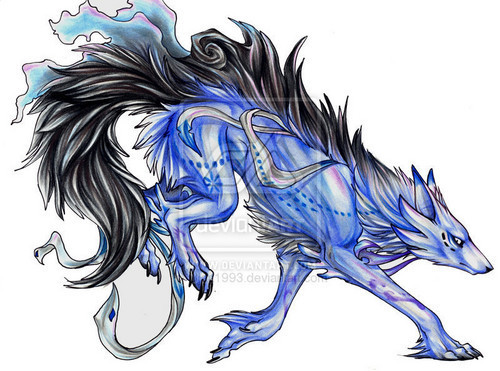 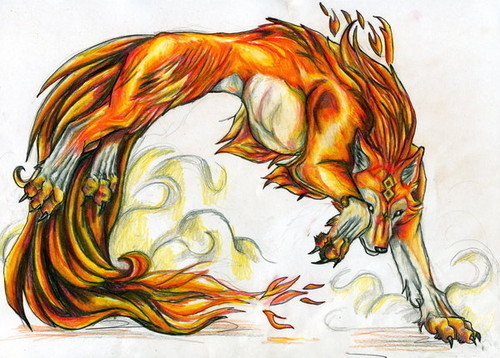 Mod
Apollo eagle and Are accepted

Mod
And garde and basalt

so that means the rest goooo?

But the One above mine has 2 powers telaporting and power copy. So can I have 2?

wasn't she not accepted?

wait so do i have to get rid of Luna?

I am moving him to Loner

is aluna not accepted?

ok she will be a warrior and what do you mean by power copy?

Rank: Pup, will become a Hunter

History: Storm's mother died giving birth to him, and his father was a loner. His sisters were stillborn and didn't get to open there eyes. He doesn't know who his father is, but considers Nightsong/Song to be his mom.

Element/Power: Storm has control over metal and can create mini storms. He hasn't found out most of his abilities that he gained from his parents however.

Other: His dad is Night.

I have a family thing myself. :3 Blacksmith and Orb are brother and Sister and Illusion and The Blood Seeker are cousins.

Ooh! The thing with Night, Nightsong and Storm is that Storm doesn't know that Night's his dad, Nightsong doesn't know either, and Night doesn't even know he has a kid! He thought his mate died.... sad face, she had a child, then died. 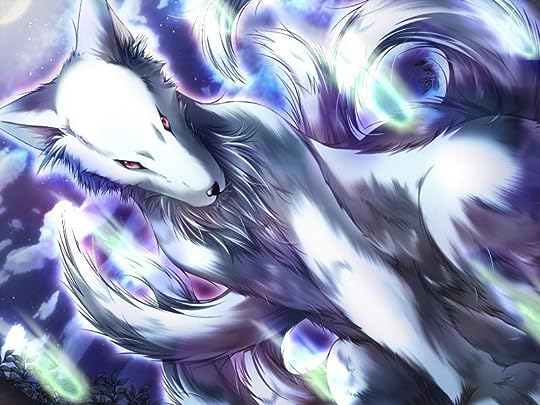 Fur color: White
Eye color: They change with her mood. But they change to one of three colours. A light purple, a powdery blue and a cobalt blue.
Other markings: She hasn't got any markings. She's free from scars, as well.
Extra things: Her coat is luxuriously soft and it refuses to get matted.

Personality: Vladilena is a strange one. She doesn't want people to get close to her, but she still wants company. She's also a very deceitful wolf. Always the sly one who gets whatever she wants, whenever she wants. She'll do almost anything to get what she wants, even if that includes betraying someone. This makes her a very valuable team-mate. She comes across as aloof and enjoys tantalizing people, just for the fun of it. Her good-looks don't hurt, either. One giveaway that she isn't interested in you, is her eyes. Even though her body language and words may suggest that she genuinely likes you, her piercing blue eyes will remain emotionless. She's also the owner of an excellent poker face. She isn't a fighter though, she's a conman. So, if she had to fight, she'd lose. But, in a verbal war, she would find loop-holes in the rules instantly.

Rank: Hunter. But, she sucks at fighting. Like, her bark is worse than her bite.

History: Vladilena was raised in a Russian pack initially, so she knows the Russian ways. They treated her well, since she brought something valuable to the pack. As years rolled by, she became more known around Russia, so a group that had been tricked by her banded together and made a plan to get rid of her. It was a very intricate plan, one that Vladilena herself couldn't figure out. Eventually, the plan worked and she was kicked from her pack and left to wander around.

Other: Her tail is split into 4 different parts that she can move individually. Great for tricks.

Okay! Changed it. Is she accepted?

Appearance: http://i405.photobucket.com/albums/pp... ((Her as an adult))
Fur color: Black
Eye color: The color of lightning
Other markings:
Extra things: Her pupils look like lightning bolts and if you stare into her eyes there's a fire in her eyes

Personality: Mysterious, shy, doesn't know her powers, but her powers are powerful

Rank: Currently a pup but she will train to be an apprentice assassin

Element/power: Darkness and other strange things.

Other: She hangs around the loners