Mod
Boardwalk Empire has an amazing score that helps the story and setting come alive. From background music to bar scenes and performances, the music is another historically accurate aspect of the show.

The 1920s were alive with jazz music and the decade was known as the Jazz Age. (Some argue that it technically started in 1924 though, the same year that Season 4 starts in.)

What are your favorite songs from the show?

Boardwalk Empire Volume 1 : Music From The HBO Original Series
Buy it on Amazon and listen to it on Soundcloud.

Boardwalk Empire Volume 2: Music From The HBO Original Series
Out on Sept. 3, pre-order it now!

Check out one of the songs on the new soundtrack! Margot Bingham (Daughter Maitland) - I'm Going South 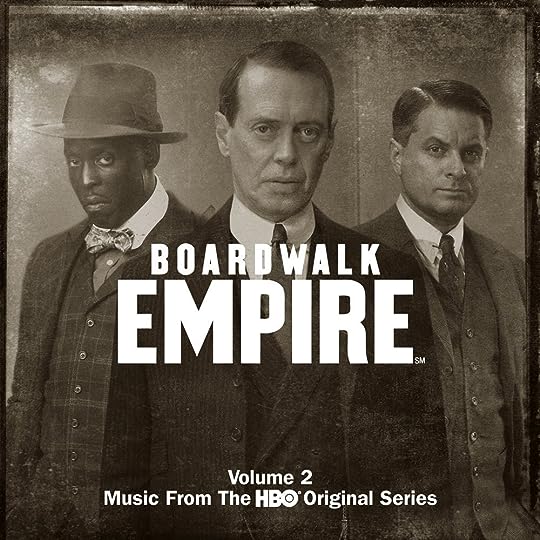 Mod
Soundtrack volume 2 out today! Anyone else excited to hear some of the awesome artists on this CD? I'm most interested in Patti Smith and Elvis Costello :)

Love this! My favorite songs are the ones that were prominently featured in the show -- the three by Stephen DeRosa and one by Kathy Brier -- because they have some meaning beyond being fun songs, in that I'll always associate them with the scenes they provided the music for. In particular I smile every time I listen to Stephen as Eddie singing the Oh Gee Oh Gosh Oh Golly song b/c he's really belting it and with full orchestration, instead of squeaking it out while being criminally intimidated by Chalky and Dunn. Great stuff.

I will probably add Margot Bingham's songs to my favorites list after I've seen her sing them in the series. At first listen, her voice doesn't strike me as particularly 1920s-ish, but let's see.

Some of the songs date back to late season 2, like Strut Miss Lizzie and Lovesick Blues, nice to have them on here. Let's have Stephen's version of Florida on volume 3, please!

I have mixed feelings about current artists singing old songs over the credits. It's all about marketing IMO and that's fine, but the results are mixed. Some interpretations are interesting -- love Liza's gusto on the Mama song -- while others fall flat. As a die-hard Bessie Smith fan, I would never choose to hear anyone cover her songs when I can listen to Bessie's originals (sorry, Neko Case).

This volume lacks a number with the emotional power of Carrickfergus on volume 1, but that's ok. Each season of the show has a different feel and so should the music. I guess to sum it up, I highly recommend this to BE fans and those who like jazz or 1920s popular music.

Mod
Thanks for your response Kathy! Glad to have someone who is so familiar with the soundtracks and the music of the era. :)

I'm a huge Bessie Smith fan too and feel the same way about those covers.