Land of the Unknown discussion

Mod
Here is where you make characters that live in the city:

Powers: (Up to four or none)

Personality: Roza is a fun-loving person who enjoys being outside and with people. She is usually very nice and doesn't like being mean or violent. She is the kind of person who isn't 'popular' but still has a lot of friends. People often come to her for advice, which she is always happy to give out. 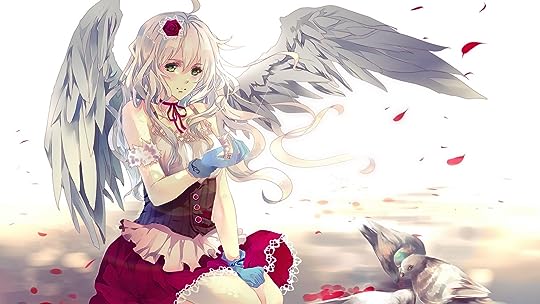 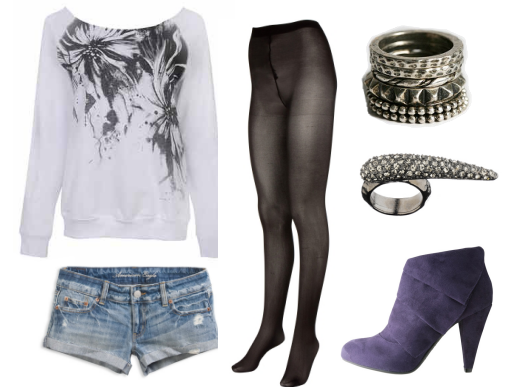 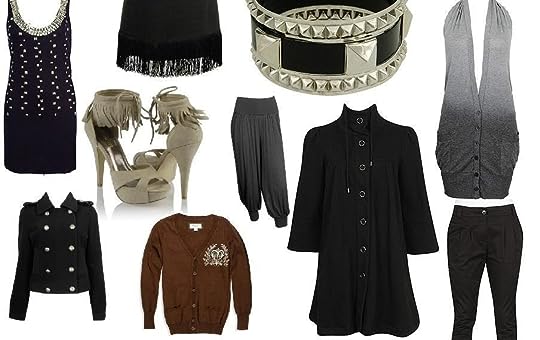 History: Roza lead a fairly non-dramatic life. 19 years ago, on October 26 she was born to Addie and Robert Smith. She grew up like everybody else, getting average grades, hanging out with friends. When she was 16, though, her dad died of a heart attack. Her mom never really got over it, and Roza spent the next two years of her life taking care of her mom instead of the other way around. Just after she turned 18, she got an apartment for herself and moved out.

Powers: (Up to four or none) Flight, Seeing the future, sensing the emotions of others, telekinesis.

Thanks! I'll work on making a few more charries. Is there a limit?

Personality: Morale is very kind. She is shy in front of new people. She wants to be a member of the Magic Academy. But she's scared they won't accept her.

History: Morale trains harder and harder everyday to try to get into the Magic Academy. One of her friends brings her in so they could train together in the training room.

You seem to like the name Morale. You have a character from"Hiding from Hydra named Morale too. :)

History: Sidelval grew up on his own not knowing what happened to his parents and not fearing anything, he explored a lot by the time he was 18 he knew almost every location but most of them he hadn't been to, also mostly what you would call a free lancer.

Powers:can summon unbreaking magical tools for a period of time.

History: Sidelval grew up on his own not knowing what happened to his parents and not fearing anything, he explored a lot by the time he was 18 he knew almost every location but most of them he hadn't been to, also mostly what you would call a free lancer.

Powers:can summon unbreaking magical tools for a period of time.

Mod
Ya! What DW said! Luneth I never knew you could make such a detailed character sheet!

Personality: tbrped (can be changed if not accepted)

History: nova moved out of the orphanage a month after her 16th birthday. She is always suspicious of everyone she meets because of her power. She lives by herself in the city.

Other: has a pet arctic fox

Personality: Aster is usually often lost in thought very much unaware of his surroundings unless something annoying suddenly caught his attention. He'll usually dismiss anything that disturbs him or pretend he didn't notice if he's not that pissed off. He's not the type to socialize but he would answer if talked to if he feels like it. He's very blunt with his words and doesn't seem to care if anyone gets insulted. Oh... and he swears a lot. Thus, he almost always gets into fights. He doesn't like meddling in the problems of others especially in their personal affairs, not that he didn't care but he doesn't like being involved. He usually just stays quiet when someone tries to confide to him since he doesn't like giving advice especially the lesser he knows about them. In most cases, he'd walk away. But when it comes to the point where someone's life is threatened, he will interfere and save them if he could even if he hates them, which he will often regret later on. He's not the type to express himself so it's hard to tell what he's thinking most of the time. Even though he's an ass, it doesn't mean he won't be offended if someone insults him in such a demeaning manner. He'll try not to think much of it and ignore it but once someone dares insult those he actually cares about, it can't be guaranteed if he won't try to kill this person. 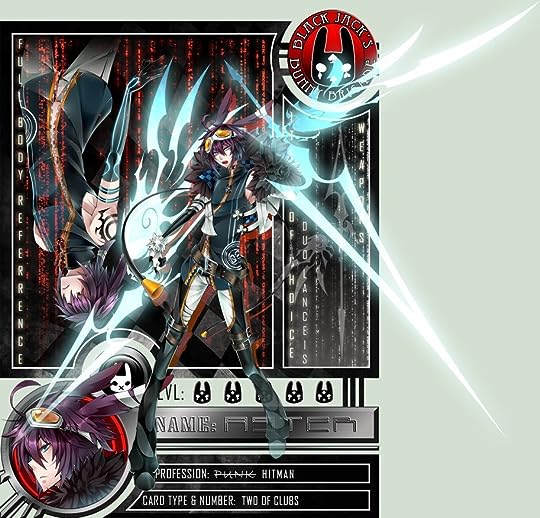 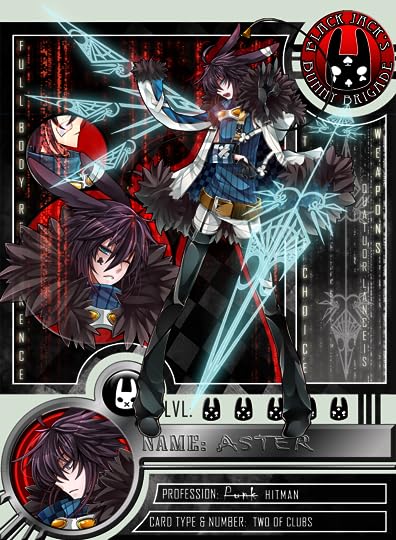 
Powers:
Generating electricity from his own body, forming them to lances.

Nickname: flare (goes by this name)

Personally: flare I thought to be evil a lot because she can go crazy with destruction sometimes. Flare is really a nice girl and a little emotionally unstable

Hair color :brown with a hint of red
Skin: Not pale not tan but inbetween
Eyes: Her eyes are magenta
Hair style: Flare usually wears her hair down but sometimes in a ponytail. Her hair is a bit wavy.
Clothing: flare usually wears a red and orange dress it's strapless and she also wears a orange flower in her hair. She wears footwear every once and a while when she does they are red flats.

History: flare doesn't know much about her past but olnly remebers being raised by small fire dragons

Likes:hot stuff and nice people
Dislikes: the cold and water

Powers: can shoot fire balls,fly,turn into fire and is immune to fire

Family: flare doesn't know her parents and olnly remembers being raised by dragons

Personality:Tom is someone who finds pleasure and entertainment through watching others have, distress. He always seems to have a mischievous smile on his lips and people usually point to him as the trouble maker: they’re not wrong for thinking that. He’s unstable with his sudden, urges, and at random times, he seems to be contained with his insanity, and then he snaps. When he snaps, things become interesting. It seems that he lacks any compassion or kindness in him, and this is true, for the most part. One would have to dig very deep into him, really deep in fact, to find any good. 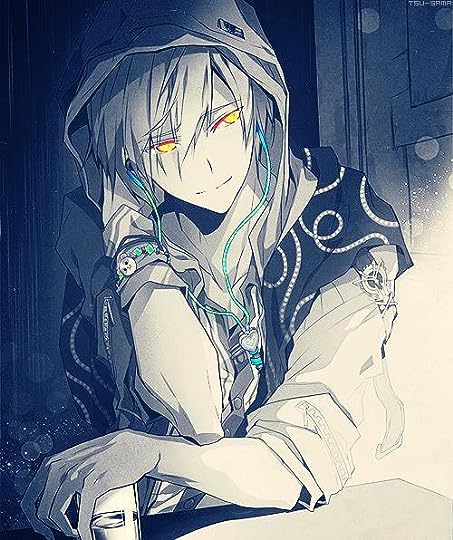 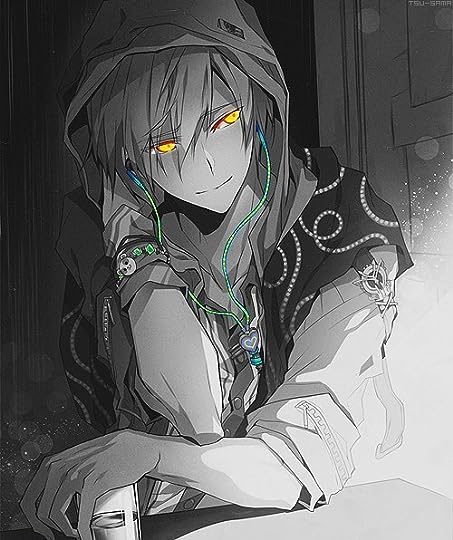 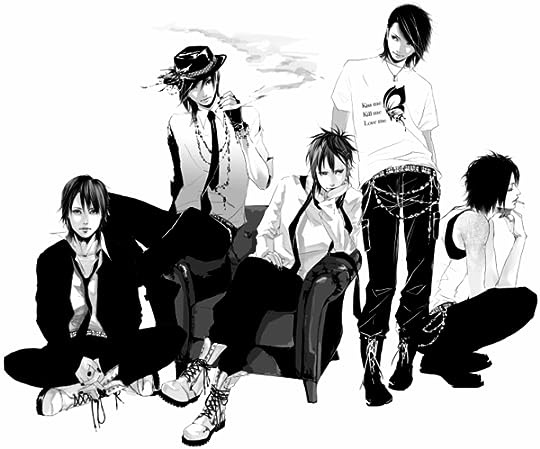 History:Tom was the only guy in his new family who knew how to cut loose and have fun. Everything seemed to be about following a certain lifestyle, acting a certain way, being like everyone else, and never questioning any of it. He didn’t have much fun in growing up with those boring rules in mind, not to mention he was a creative mind, and was encourage by his parents to be creative, but be the nice creative. Nice creative? Come on. He’s grown up and moved away from those old days after his folks couldn’t accept him. He paid them a visit once though, and it’s a day he’ll never forget, but will never tell anyone about. It’s for his own personal pleasure to remember the looks on their faces when…

Personality: Aster is usually often lost in thought very much unaware of his surroundings unless something annoying suddenly caught his attention. He'll usually ..."

a clover tattoo on his cheek, and his main power is creating anything electricity related.

Mod
All of the above accepted

Personality: Kind and accepting, he will protect any friends or allies with his life. He is brave but gets into hiding as soon a enemies that have physical ways of attacking appear.(the reason is that he can only stop magic with his powers)

History: when he was 13, he had to constantly protect his house from evil witches which tried to burn him with it, luckily he was skilled enough to protect him self with his powers. (this is why he hates witches, fire, and heat)

Powers: (tell me if I have to change it) His power is very unique, he was gifted with the power of a guardian, to weaken and even maybe stop the affects of other people's spells, powers , or magic a will. The only requirements are that the person he want to use it on must be in sight and near him. The closer he is to the thing he is applying it to, the stronger the canceling affect is. He can also creat a small force field around him self in case the first power does not succeed. These are his only powers.

Family:I will later create charrs that may-become his family. I will create a brother for him so they will be able to cooperate with each over in combat.

Hope you accept him so he can accept and protect you to. I was hoping to make a spirit or dragon character but this will work with me. It was so hard deciding what to come up with. Hope you like him. :D

Thanks! Yay, now where to RP? Haven't thought about that yet. It still shocks me how you comment back in like 30 seconds!

Mod
Do you want flow to be part of the Black Arena? So far we only have three.... DX

I don't exactly get what you do in the but ok, I want to join...what about my house? :| Does it have to go?

Personality: Halle is a born leader. She is determined and doesn't take crap from other people. But with her leadership, comes impatience and she is hard to understand. She isn't good with other people. Those who love her try to help her not to be as much of a terd.

Likes:
cardigans
music
horses
chips
being in charge
when people accept her

Powers: Is a wizard, telepathy

History:
She doesn't remember anything. All she knows is that she ended up in the village. From there she has tried repeatedly to piece together her past.

Family:
None that are known

Mod
Uh... Do another magic thing for the weapons one cause that one is just.... Eh...

Hair Style: Normally wears it down, sometimes in low ponytail or braid.

Distinguished Markings: A Birthmark on her hand

Clothing Style: casual (In the picture, it is at a professional thing.)

Personality: Quiet, reflective, and idealistic. She is shy, and can feel uncomfortable around people, but once you get to know her, she is really nice. She is also really smart, and one of the top in her class. She is also really good at spells. (magic, her grandmother is a sorceress.)

Strengths: schoolwork, spells
Weaknesses: Talking in front of a crowd

History: Her Dad was a dragon tamer. One day, an untame dragon ate him. Her mom has been pregnant with Maly. A few minutes after Maly was born, her mother died. Since then, she has lived with her Grandmother, and Maly.

Other: She does not have very good social skills.

Her power is: Electric vision: She can shoot electrical energy blasts from her eyes, and is still mastering her power.

Land of the Unknown