Which themes do you prefer? Supernatural, realistic, high-school, exc....?

Thanks (: And I like all of those actually pretty much the same.

I'm not to picky either when it comes to themes, but high school is kind of overdone. So, any plot ideas?

Okay so no High School. Well, do you do straight, gay or lesbian roleplays?

I only feel comfortable with straight.....

Okay (: I just always ask that question so yeah (: I have a good idea for this one where two people wake up abandoned in a warehouse, if you'd like to hear it.

Girl A and Guy B wake up in a white room, thinking at first they are at a hospital, but having no memory of how they got there. They are both stripped of their clothing and on medical tables. Girl A has a cut that has been stitched up going across her chest and Guy B has one just like on the the left side of waist. After getting enough feel back in their leg's to walk, they leave the room and find themselves in an abandoned warehouse in Tokyo, Japan. After finding decent clothing, they both soon escape the warehouse, easily dodging the guards posted there and heading towards town.

I've only really been Girl A doing this RP, so I think I'd be best at her (:

Well that an be done two ways. Most of the time, people put them in the same room. I don't mind either way (:

Alright, let's try out your idea : )
Just out of curiosity though, is their a special purpose for why they got sliced/sew back up?
And about what age range?

They were suppose to he used for testing some kind of new medicine to help create a cure for something, but they never actually volunteered to do it. This place just sort of took them. And for age, early 20's or 19 (:

I'm sorry that my girl isn't finished yet, I'll work on her right now though (:

Kay : ) No worries, I know how difficult it is trying to find time for characters around this time of year.

Yeah lol And my friend wants me to come over today, so i need to make her quickly now before I go xD

Sexuality: Does not care for gender 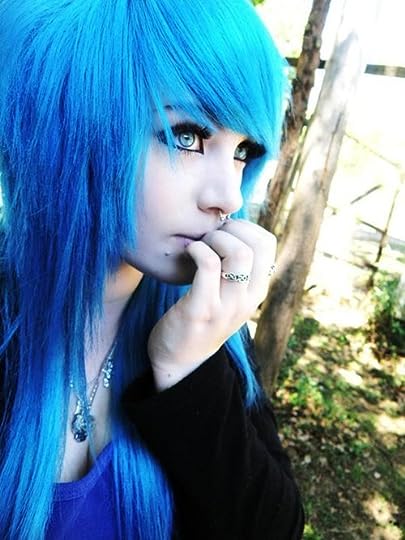 Clarity had bright blue hair that goes down a to about her chest area and had light blue eyes. She stands at 5'6 and weighs about 140 lbs. Her breasts are quite small in size, still being in a B cup. Her waist is slim, but she was a bit of chub on her stomach. Her hips and bum are a bit small for her weigh and height, but that doesn't bother her. She is also blind in her left eye.

Clarity grew with with her mother, father and her twin sister. Her mother works as a teacher for a High School and her father works at a warehouse. Her sister is currently unemployed, but in High School, she had a part time job at a Drug Store for 6 months. 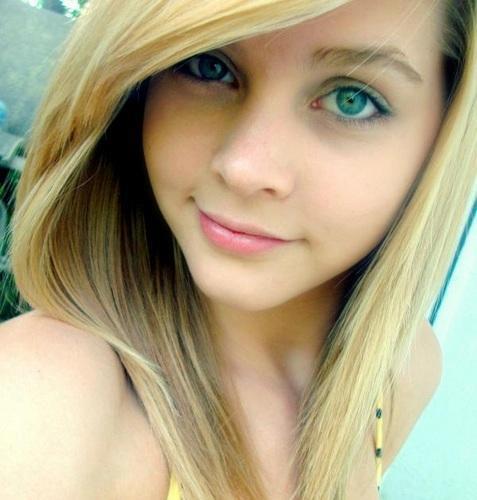 Cassidy has blonde hair, the color that her and Clarity grew up with, and her eyes are a light hazel color, mixture of blue and green. She stands at 5'6 and weighs 115 lbs. Her breasts are larger than her sisters, being in a C cup now. Her waist and stomach and small, but her hips and bum go out a bit. Unlike her sister, she can see out of both her eyes. (hide spoiler)]

History: Cassidy was born before her sister Clarity, but there was an issue when Clarity was born. She wouldn't come out of her mother's womb and her mother was in a lot of pain because of how hard it was for her. It took at least 30 more minutes to her Clarity out. Because of this, she had a few birth defects. She was small as a baby and had to be kept in the hospital for an extra week to get nutrition's. She is blind in her left eyes and she also has asthma. after she got out of the hospital, they soon figured out that she was also prone to getting colds, so the doctors were really concerned about her health. So, they had to bring her back and kept her there for even more time before she was able to go back home. Along with all those things, she learned things a lot slower than her sister's faster pace, but she got them eventually. While Clarity was prone to sicknesses, her parents figured out how to take care of them.

When the two of them started school, Cassidy was more of a talker with the children, while Clarity just sat on a bench during recess trying to learn how to read or just drawing in her notebook. The teachers noticed this and talked to her parents about possibly having Clarity talk to someone, but they declined. Clarity was already a bit of an outcast, they didn't want to make her seem even stranger by having to go talk to someone. Instead, they had Cassidy try and help her talk with the children. It didn't go well. The first time that sh tried to talk with one of them, she got pushed down on the playground and shunned out of the ground. Clarity stopped trying after that and Cassidy didn't try and help her again. When Middle School started, Clarity was made fun of a lot for different things, being blind in an eye, having asthma and begin slightly overweight. Thankfully however, she never card about that and would just laugh and ignore them, while angered Cassidy and they got into fights often. One day though, she got bullied during Gym in the 8th grade and the girl slapped her across the face. Clarity wasn't going to do anything at first, but the girl got her friends to make fun of her as well. So, Clarity dragged her over to the wall and slammed her face first into it a coupe of times, putting her in the hospital and forcing her to get braces. Cassidy didn't even talk to her sister after that and Clarity was thankful for that. In fact, she dyed her hair blue so they wouldn't look completely alike anymore.

Personality: {Will see in the roleplay}

I want to dye my hair black, and then red after that (: But, like you, my dad won't let me because he had this weird thing about hair dying. I can't even have my ears pierced until in 18 -.-

My mom wanted to pierce my ears when I was thirteen....I said no. My dad believes that girls shouldn't try to alter their image with hair dyes and tattoos and stuff like that....

But I managed to work out a compromise - I get to put red highlights in my hair tomorrow, the kind that washes out with shampoo.

"Mmm..." Andy groaned quietly, as he twisted onto his other side in an effort to get away from the painful sensation in his left side. The corners of his lips twitches, with the cold air clinging to him, it was impossible to return to his slumber. I know Ted likes it cold...but this is ridiculas..... He thought with a scrowl. His brother was constantly tampering with the tempature, it was his idea of a prank to freeze everyone in the middle of the night. Work...got to go to work. Sighing he mentally kissed his sleep goodbye and blinked open his eyes. For a while he remained where he was and stared at the walls, trying ton figure out why the walls were white when his bedroom was painted dark gray. After a few moments it registered, he didn't know where the heck he was. He searched his mind, the last thing he remembered was work. He was on the docks after a day spent on the tuna boats, someone was shouting at him...then he blanked out. Shaking his head slightly to clear it, he turned onto his back and stared at the white cieling. The white colors seemed to bright, they made his head dizzy. Eyesbrows furrowed together he continued to stare at the cieling. Hospital...? He asked himself, going to sit up. He was greeted by a throbbing pain in his waist, and his eyes trailed down quickly. His eyes spread open. Where the heck are my clothes?!

Clarity's eyes twitched slightly and she tried to open then, groaning when she was greeted by a bright white light. She moved her arms slowly up over her eyes and covered when, turning over but gasped when a sharp pain went down her entire body. Okay...Bad idea... She sighed and moved back to she was laid completely on her back as she waited her her eyes to finally adjust and her senses to come back. The first thing to come back was her sense of touch and she shivered. She was freezing, especially her back. And whatever she was laying on was hard. That was strange to her.

She moved her arm slowly away from her eyes and opened them slowly, blinking a couple of times. All Clarity saw...was white. The ceiling, the corners of the wall. Was she...dead? But then she wouldn't be able to feel anything, right? Confused, she tried to sit up but was again greeted by a sharp pain and she bit her lip from crying out, giving up on trying to do that for now. She was, thankfully, able to look down at herself though and she noticed right away that she was without clothing. Where were her clothes...? he next thing that she noticed was a clear, stitched up mark going across the middle of her chest. That didn't seem right. What was going on....?